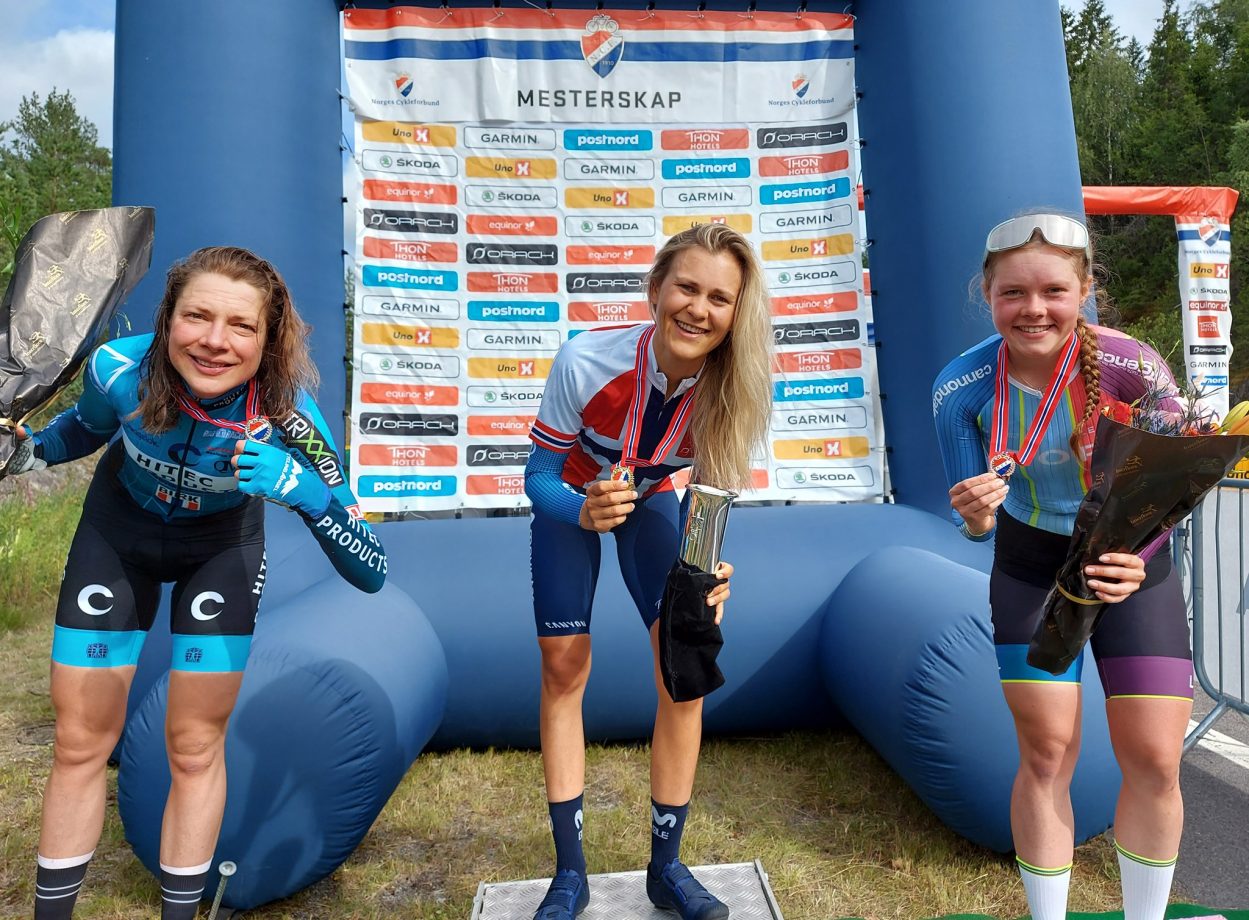 In one corner, Katrine Aalerud, coming into the 2020 Norwegian ITT Championship following a worrying setback, a road incident, just three weeks before the event. In the other, Vita Heine (HPU), winner of the last four editions, had broken her arm six weeks prior to the challenge and had to switch to preparations on the trainer. Both challenging circumstances, which turned into tighter than ever the contest in Langangen / Nøklegård (30 km), this time won by the Movistar Team rider.

Aalerud got back from an intermediate checkpoint (15km) not favouring her chances, half a minute behind the title holder (21’19 vs. 21’49”), to end up winning by just eight seconds over Heine, claiming her first UCI win and opening the Movistar Team’s account after a 2nd place at the Vuelta CV Féminas, back in February. A ray of hope for a methodic, talented Aalerud, who hopes to chase for big goals in the next few years as member of the Telefónica-backed squad.