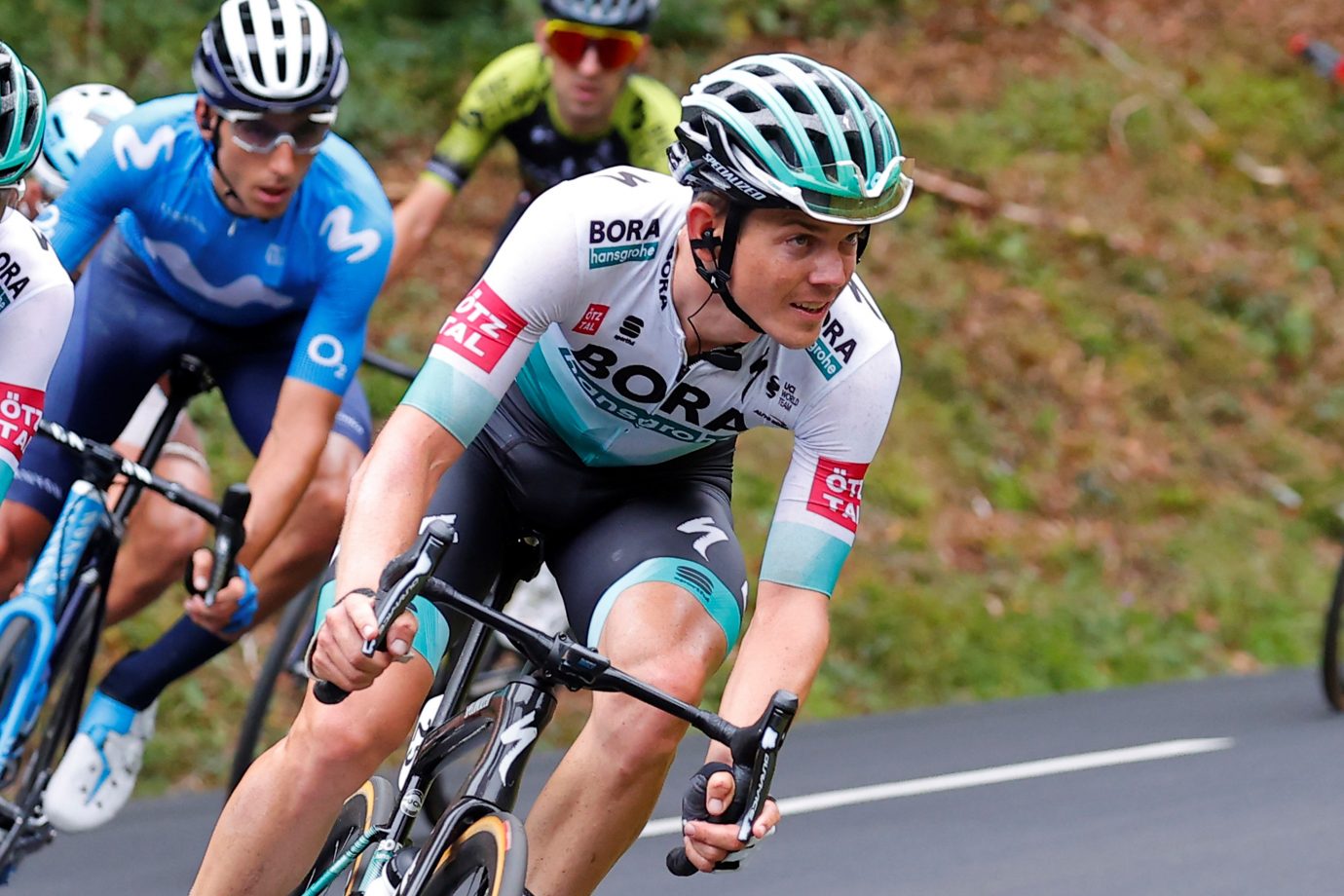 Austrian, 26, to bring his climbing and all-around abilities, good attitude for teamwork to Telefónica-backed squad for WorldTour's top events.

The Movistar Team announced Tuesday that Gregor Mühlberger (Salzburg, AUT; 1994), a rider currently part of the Bora-Hansgrohe squad, has signed a three-year contract (2021-23) with the organisation managed by Eusebio Unzué.

Mühlberger, who has built his entire WorldTour career (2016-20) at the German outfit -where he shared teams with the current Movistar Team head of performance, Patxi Vila- after three years of formation at Austrian teams (Tirol Cycling Team [2013-14]; Felbermayr [2015]), is a great climber and a strong all-rounder, with experience in all three Grand Tours -he’s finished one Vuelta, one Giro and two Tours de France, taking 25th place in 2019- and good teamwork skills, while taking good advantage from every individual chance he’s got.

Winner of the 2020 Sibiu Tour, the first pro stagerace post-pandemic, plus as a stage of the 2018 BinckBank Tour and the Austrian road race title in 2017, Mühlberger shared podiums this 2020 with two of his future team-mates, Alejandro Valverde and Marc Soler, at two events of the Mallorca Challenge -he was 3rd in Deià, behind ‘Bala’, and 2nd in Andratx, following a late break against eventual winner Marc-.

Gregor Mühlberger: “I’m super happy to have been given this chance by the team to sign with them and profit from all the opportunities that lie ahead in the next few years. It’s a good chance to improve my skills and get better in the future, chase some results on both the toughest one-day races and some mountainous one-week races like Dauphiné or Itzulia, but also try to help the leaders as much as I can in the Grand Tours. I feel like some of my best performances in previous seasons have come at the third week of GTs, where I feel pretty strong, and I hope I can be there for our team leaders, put my current experience at the team’s service and also learn a lot from the veterans, such as Alejandro Valverde, José Joaquín Rojas and many others. There’s still a lot for me to improve and learn, and I’m so happy to have this chance with the Movistar Team to grow with them and continue to get better in the next few years.”

Eusebio Unzué: “Gregor’s arrival will bring some extra experience to next year’s team, thanks to his already vast experience in the WorldTour despite being still really young. He’s a polylvalent rider, something which is becoming increasingly important in modern cycling, and even if he’s proven to be a great team rider, which is a big reinforcement in itself, I think he’s more than qualified to lead the team in relevant events.”