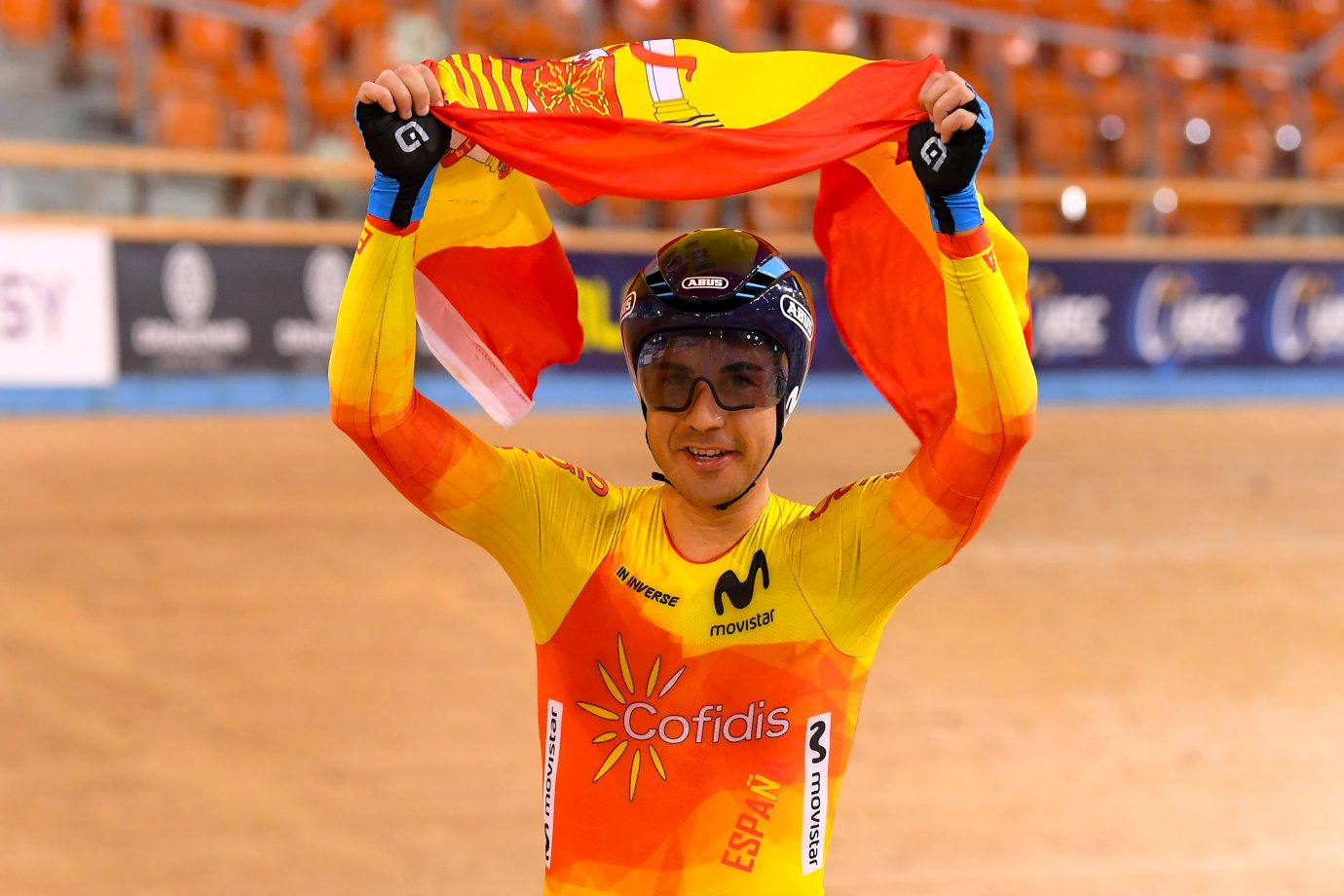 Fifth Continental title for the Spaniard

Spanish rider from Movistar Team completes great display of courage and commitment in Plovdiv, Bulgaria, to notch up his first title in the event, fifth career European gold medal.

He was the true dominator. Bouncing back from a bittersweet return to track racing on Thursday, with just a ninth place in the Scratch event, Sebastián Mora rode like the champion he is at the Points Race of the 2020 European Track Championships, held at the Bulgarian velodrome of Plovdiv on Saturday.

The Vila-real native from the Movistar Team and the Spanish national squad took a convincing victory after a courageous, committed race, always making the right moves. Taking points at the sprints from the very start and making a first long attack which came just short to making him win a lap, Mora cemented his victory at the halfway point, with two more sprint wins -he would eventually take five- and, above that, a vital gained lap alongside Italy’s Matteo Donega (silver), which was crucial to his success.

It’s Mora’s fifth continental title, the first in the Points Race after two in the Scratch -Grenchen (2015) and Apeldoorn (2019)- and as many at the Madison -Grenchen (2015) and Saint-Quentin (2016)-. At the latter, Sebastián will fight, together with team-mate and friend Albert Torres, for another podium on Sunday (2.45pm CEST).

“I wanted to race more on the attack than at the Scratch, and I think everyone could see that from the beginning. I was getting myself into the early sprints, and after 30 laps, I tried to move to make the race harder for everyone. I knew I was going to be a closely followed wheel, and the group came back to catch me, so I tried to recover a bit and not lose sight of the sprints to keep gaining some points. I wasn’t nervous when Ramanau and Crista gained that lap, and sought for my moment to attack. It took a lot from Donega and myself, but we took that lap and, after that, I knew that the only important thing into those final 30 laps was controlling the field to avoid anyone gaining a lap, follow the sprints and trying to keeping a high pace.

“I’m so happy with this win and really excited towards Sunday’s Madison. Albert is also really motivated, and feels like the long efforts on the road throughout this season should play to his favour, though we have seen during this Euro Champs that we will need some extra work heading into the big events to get better used to high frequencies, which we don’t use on road races. This week is only giving us good conclusions, and so we head into the Madison race with an aim at doing something beautiful. We’re so excited about the fans’ support and we’ll give our maximum tomorrow.”