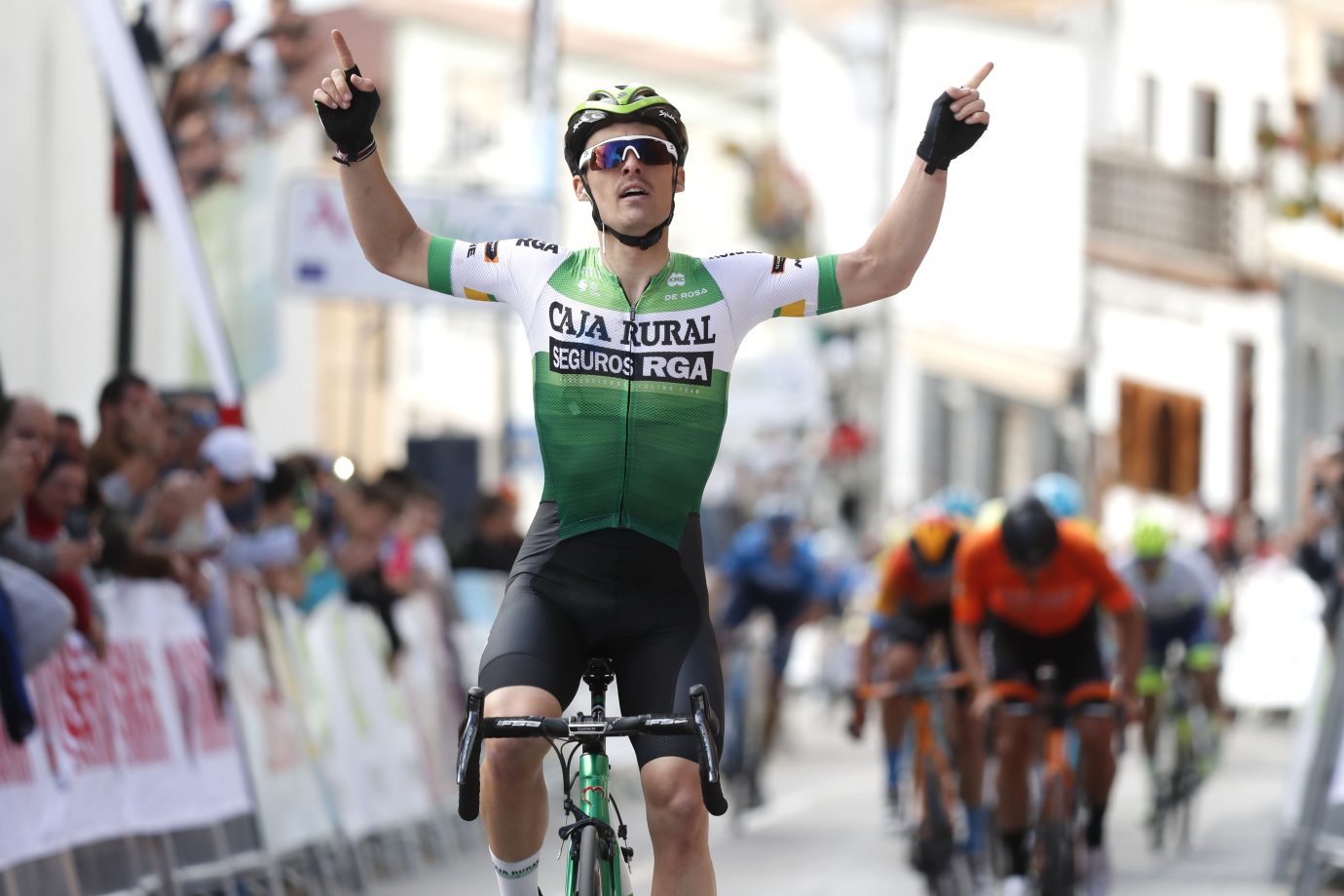 His win in the 2020 Vuelta a Andalucía.
Market / Transfers

Madrilian, one of the biggest prospects in the country, to join Telefónica-backed outfit on two-year contract.

The Movistar Team announced Thursday that Gonzalo Serrano (Madrid, ESP; 1994), currently a member of the Caja Rural-Seguros RGA squad, has signed a two-year contract with the organisation managed by Eusebio Unzué.

A member, as an amateur rider, of the Alcalá de Henares cycling club founded by the late Jesús Rodríguez Magro, a loyal domestique and prominent figure of the Banesto team in the 1990s, Serrano took the leap towards pro racing with his overall victory in the elite-U23 Spanish Racing Series in 2017, ahead of future team-mate Sergio Samitier.

Gonzalo has continued a steady progression during his first three years as a pro, performing well at tough courses -top-ten overall finisher in the Tour of Turkey (UCI WT) in 2019- and showing his quality in 2020 with a spectacular win at the Vuelta a Andalucía’s uphill finish in Iznájar (st. 2). A regular member of the Spanish national team -he’s ridden the last two Euro Champs, as well as the U23 Worlds in 2016-, he’s got great finishing speed and skills for all kinds of terrains.

Serrano’s signing is the four confirmed addition to the Movistar Team’s 2021 men’s roster, after Iván García Cortina, Gregor Mühlberger and Abner González. His arrival makes for 16 Spanish riders in a lineup currently including 28 names (full list here; to add: the recently renewed duo Torres / Mora). The roster is not finalised yet.

Gonzalo Serrano: “I’m so happy to have the chance to join a strong squad like the Movistar Team, who are giving me the chance to race at the best events and alongside some of the best pros in the world. On a short term, my goal is learning as much as possible and racing some one-day classics, which I feel will be a terrain suiting my characteristics well. I’ve always wanted to aim at that kind of races in the WorldTour, so now the goal is trying to make the most of every race I take part in and squeeze the upcoming years to keep growing as a rider and person.“

Eusebio Unzué: “I’m certain Gonzalo is joining us at a pivotal time of his sporting career. He’s already got experience in some of the toughest races in the sport, such as La Vuelta, and feel like he’s got the skills and quality to offer the team some brilliant moments in the WorldTour, like those he’s already brought to the Caja Rural squad. We’ll do everything at our reach to help him feel at home, continue his progression from these first few years and hopefully become a man who can excel also in the top tier.”