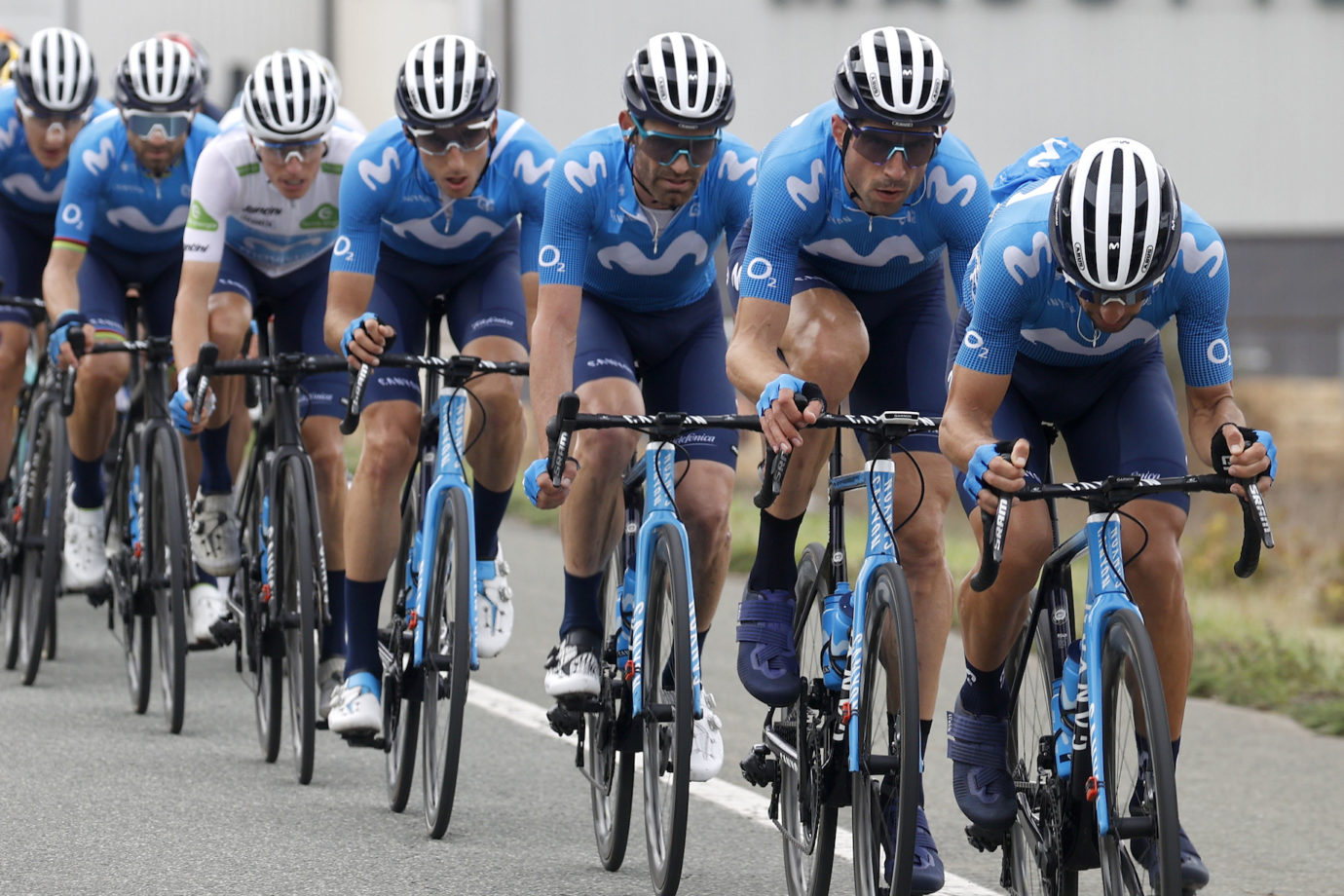 43 riders to wear the Blue jersey next year

Telefónica-backed squad finalises ample lineup, one of its most diverse with 11 nationalities + mixture of stalwarts and young talents.

The Movistar Team confirmed on Monday the 29 riders that would make part of their 2021 men’s roster, their 42nd lineup in the highest tier of professional road cycling (now called UCI WorldTour). The list includes the five signings they announced in previous releases over the autumn: Miguel Ángel López, Iván García Cortina, Gregor Mühlberger, Gonzalo Serrano and Abner González.

The Telefónica-backed squad’s roster contains 11 different nationalities, with a mixture of veterans and youngsters (16 riders aged 26 or younger) and international talents alongside strong Spanish members (16 riders from the squad’s original country). Enric Mas, Marc Soler and Alejandro Valverde will continue to race for the Eusebio Unzué-led organisation.

The 14 riders already confirmed for the Movistar Team’s women’s program back in November round out the longest lineup for the Abarca Sports structure in more than four decades of uninterrupted activity. 43 world-class athletes will be carrying the Blue flag next year as part of one of only five teams* with both men’s and women’s UCI WorldTour outfits.

* DSM, Trek-Segafredo, Mitchelton and FDJ -a structure independent from the Groupama men’s team- are the other four teams whose sponsors support teams at both of cycling’s top men’s and women’s categories.