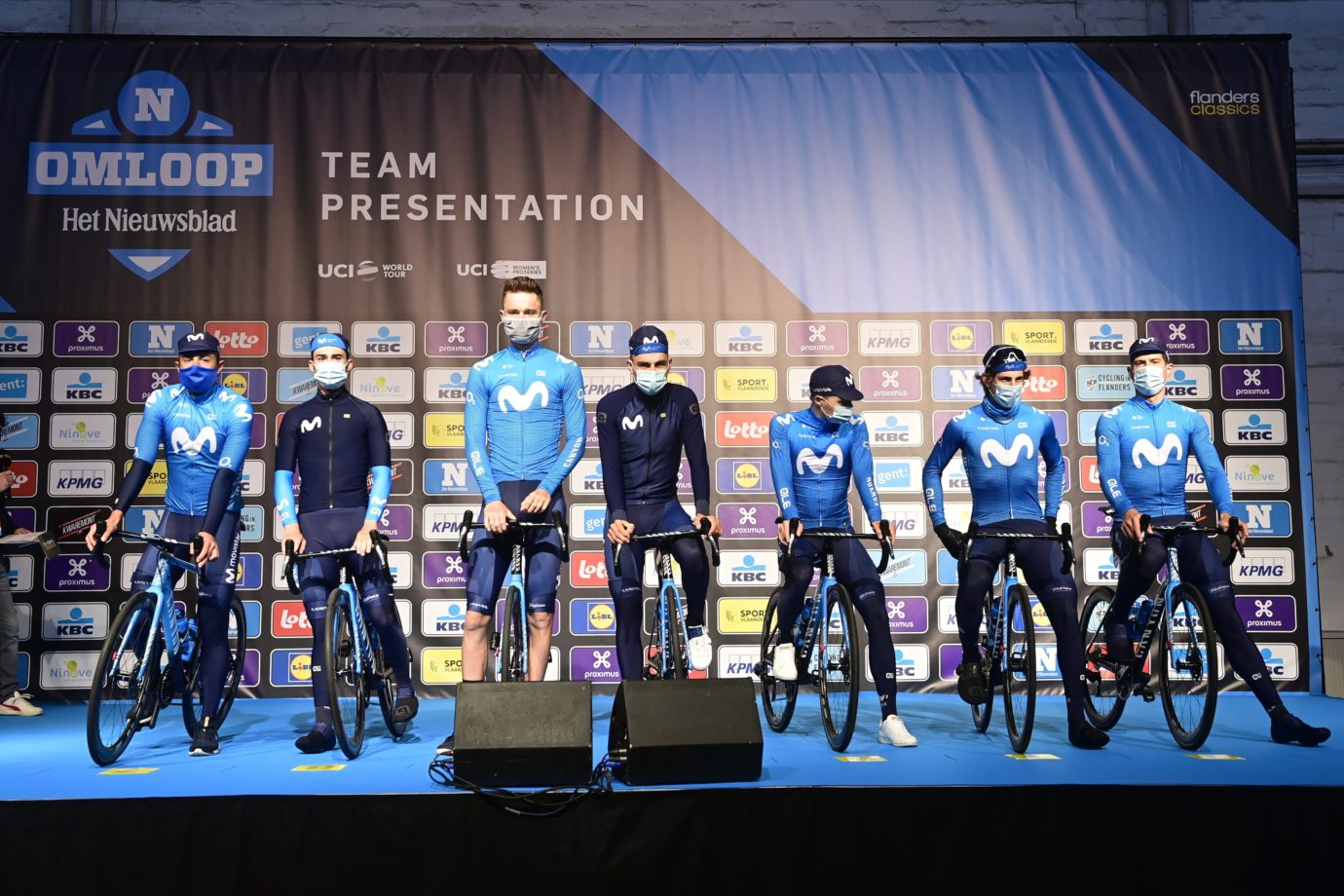 Jacobs on the attack as Serrano shines in his first ever WT cobbled race; Iván only hampered by a crash near him at 2km-to-go mark. Ballerini (DQT) wins.

It wasn’t only the 2nd place of Emma Norsgaard that gave a massive boost of morale to the Movistar Team at the first race of their Flemish campaign. At the Omloop Het Nieuwsblad’s men’s race, the second round of the 2021 WorldTour over 200km with thirteen climbs and as many cobbled sections from Ghent to Ninove, the Blues shone with two of their classics riders, Iván García Cortina and Johan Jacobs, as well as a neophyte who got the highest mark in his first appearance over the ‘pavé’: Gonzalo Serrano.

The Madrilian escorted until Cortina until the very end of a race kept together more than usual, due to good weather and unfavourable wind conditions, as Iván saw his final positioning severely hampered by a crash with 2km to go, having got over the Kapelmuur with excellent sensations. Before that, Jacobs timed well his efforts to launch an attack with 45km to go that allowed him staying, all the way towards Geraardsbergen, into an elite group featuring the likes of Alaphilippe (DQT), Van Avermaet (ACT), Vanmarcke (ISN) and Trentin (UAD).

In the end, it was 11th place for Cortina, a result not really making justice to the labour of Chente García Acosta’s group, which will be back in Belgium in four weeks’ time for De Panne (Wednesday 24th March), Harelbeke (Friday 26th) and Gent-Wevelgem (Sunday 28th).