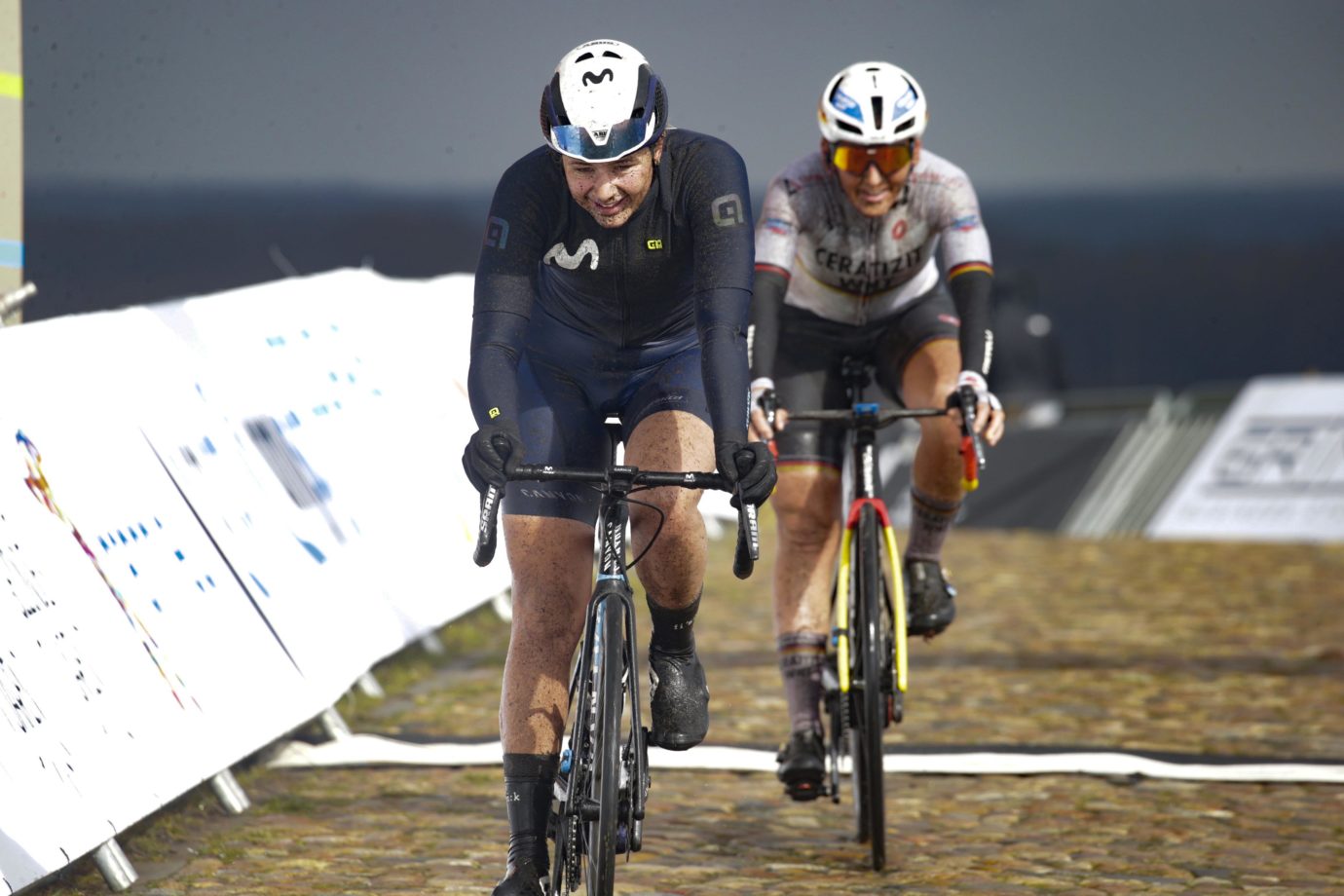 Young Dane from Movistar Team goes all out with long early break, still has energy left to beat all GC contenders at the finish -only bested by Uneken (SDW)- to get to just 12″ off overall win, 3rd in the general classification.

Emma Norsgaard showed again at Friday’s decisive stage of the 2021 Healthy Ageing Tour -over 17 laps (115km) and two climbs to the grueling VAM-berg in Wijster (Netherlands)- why she’s the absolute star of the Movistar Team show in this early season. Another display of enormous strength and courage saw the 21-year-old Danish champion finishing 2nd, behind Lonneke Uneken (SDW), and coming just 12″ short to taking the final yellow jersey off the hands of overall winner Ellen van Dijk (TFS).

Norsgaard went almost from the start into a five-woman early break featuring Anna Henderson (TJV), Jolien D’hoore (SDW), Lauretta Hanson (TFS) and eventual winner Uneken, a group wish held a two-minute advantage for most of the stage before getting caught with about 25km from the end, as the bunch, completely shattered under the rain and wind and with only thirty ‘survivors’ in the race, saw only the GC contenders staying together.

Uneken profited from the strength in numbers of SD Worx to take the stage and jeopardize Van Dijk’s chances to win the overall, ultimately notched up by 6″. Norsgaard, supported until the end by a great Alicia González (12th), still had energy left to drop the entire GC group and finish 2nd. Only a dozen seconds separated Emma from winning her first GC for the Movistar Team, which has definitely found a reference for the present and future in the Silkeborg native.

“Today it was savage! It was by far the hardest stage of the week. Maybe going on the breakaway from so early wasn’t the smartest idea (laughs), but the only thing I was thinking about was the GC, and leaving all out on the road. I really wanted to get on that overall podium. I could see the yellow jersey reaching out to us after that long move, but I just left it all out on the road until the end. I’m really happy about today and the week in general – I feel like this is a really great team to be part of and we did really well together, and in the end, this work is paying off and I’m just super happy. I can’t wait for the classics to come and hopefully more success in the upcoming races.”