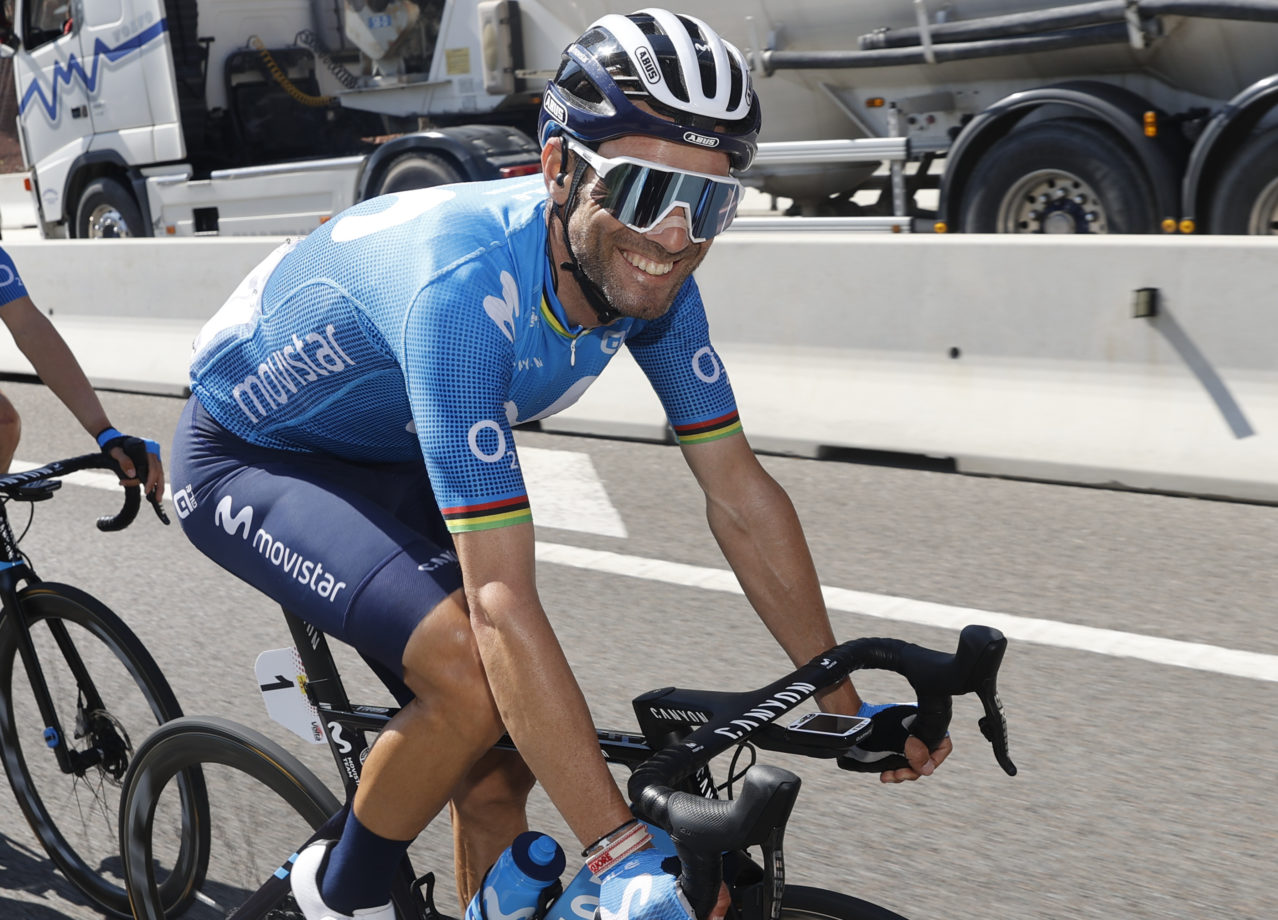 One month and one day away from turning 41 years old, Alejandro Valverde (Movistar Team) destroyed again his identity card to offer race fans another display of courage at the 2021 Volta a Catalunya, nineteen years after his first appearance. The former World Champion finished 3rd atop Vallter 2000, behind unstoppable, new race leader Adam Yates (IGD) and Esteban Chaves (BEX), going on the attack from halfway through the final ascent.

It was actually a flurry of accelerations from the Murcian at the last 8km, who went solo to only be reached down by top GC contenders. He left behind Quintana (ARK) and Carapaz (IGD); was later caught by Yates and sepp Kuss (TJV); and as both left him behind, ‘Bala’ was eventually able to get back to the American and finish, with his signature, late move, ahead of most team leaders. The overall standings now show Alejandro in 6th place, only 14″ short for the podium.

The Volta a Catalunya, which will feature plenty of mountains through to Sunday, will hold on Thursday its Queen stage, with another mountain-top finish at Port Ainé (HC) after two other big climbs: Toses (Cat-1) and Cantó (HC).

“I’m super happy to be back in contention here. It was a fast stage, since the early breakaway was given such a huge gap, which forced the GC teams to start pushing hard from quite afar, and that showed at the end. I felt quite well at the end and wanted to give it a try to anticipated the final push from the main favourites, at least to be up there near the front when they launched their moves. As I said, I’m so happy. Tomorrow at Port Ainé there’s another huge mountain finish, a really tough one – I just can hope to be as good as today. I don’t know if I can match or improve this result, but seeing how I did today, I think we can at least be up there.”