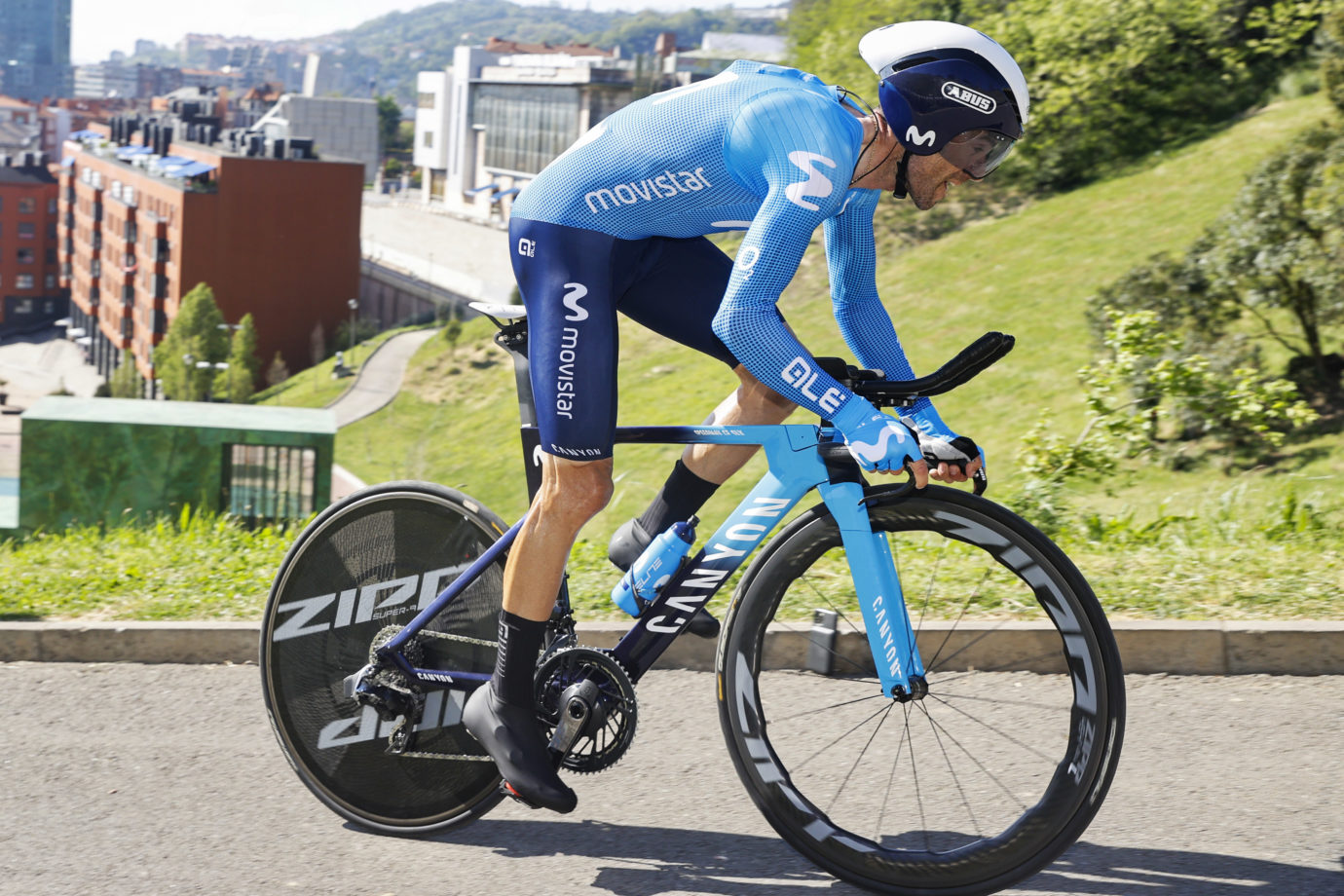 Primoz Roglic (TJV) took the day’s victory at a demanding, opening ITT -13.9km with a long, early climb to Santo Domingo and the brutal, finishing ramps of Bilbao’s Etxebarria park- at the Itzulia Basque Country, back after the pandemic hiatus with a difficult route where Alejandro Valverde (Movistar Team) again tried to stay within the top contenders following Saturday’s victory at the GP Miguel Indurain.

The Movistar Team’s everlasting leader finished just a dozen seconds short for a top-ten result, 19th (+43″), as he was slightly disadvantaged – just like all late starters – because of a wind changed that helped the early birds. The day’s negative note was, however, a bike change for Enric Mas, quite recovered from his crash in Estella yet 1’17” off the Slovenian as a result of the incident.

The peloton won’t leave Biscay on Tuesday, as they climb San Cosme (Cat-3), Beci (Cat-3), Abellaneda -non–cat- and most importantly La Asturiana (Cat-2), with its initial 4km at nearly 9%, before a tough uphill finish in Sestao. The race contenders are again expected to be in the mix for a stage victory.