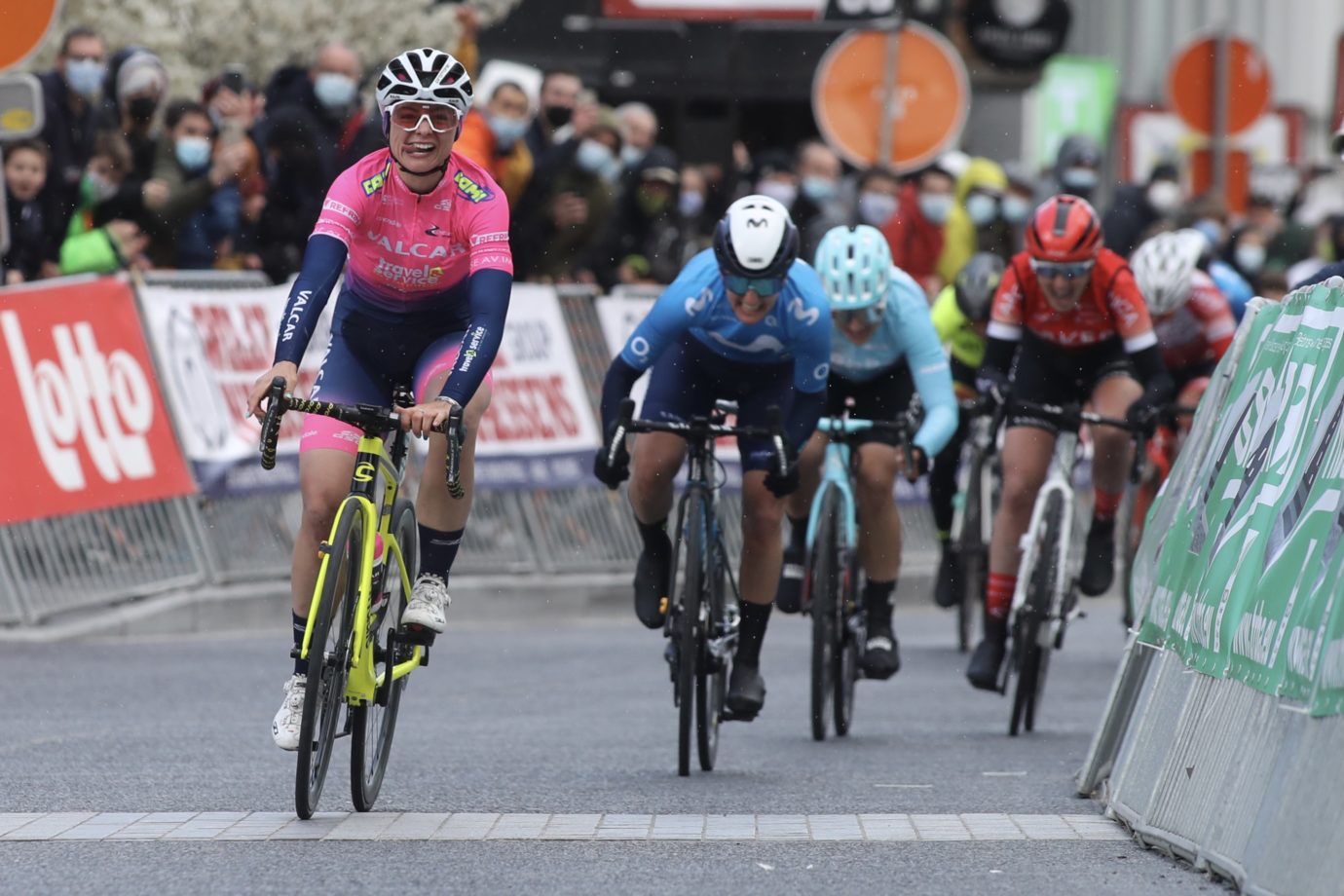 Another podium for the Movistar Team in Belgium

Serbian from Movistar Team on the verge of crowning a sensational race from her four team-mates, who dominated the whole race and set up a ‘train’ for their leader in Wallonia.

They were five, yet they looked like twenty-five. The Movistar Team didn’t feel at all as inferior despite their lesser strength in numbers against more than twenty teams at Monday’s Ronde de Mouscron (UCI 1.1), the Walloon afterparty of yesterday’s Ronde van Vlaanderen. The Blues came just one step short to another victory, with Serbian Jelena Erić finished 2nd ot Chiara Consonni (VAL) at the unavoidable bunch sprint in the flat Belgian circuit (121km, 10 laps).

Gloria Rodríguez, Alba Teruel, Alicia González and Sara Martín -7th, in only her second race with the Telefónica-backed squad- distributed their roles over the course well, intelligently following every single move -with no real breakaway forming- into a difficult day with strong winds, cold temperatures and some spells of rain and even hailstorm.

At the final kilometers, the women here directed by Pablo Lastras got together and went one by one to lead out the sprint for Jelena, on the verge of a first success in Movistar Team colours. Another proof of consistency by a rider who has become, in just one year and a half with the Blues, a true joker, able to shine in all terrains.

“I was a bit angry at the finish, but I’m not disappointed at all with this result. It was such a beautiful race yesterday, and a really hard one, at Flanders, where we won with Annemiek, and it was another great day today, even if we weren’t able to finish it off. The legs were actually feeling a bit ‘slow’ in the beginning of the race, but then they ‘opened up’ and I felt quite well near the end.

“My team-mates were fantastic all day long, and I had a really good leadout, but I was left alone a little bit too early, and I had to launch my sprint at about 300 meters to go, because, you know, everybody would go around if I didn’t do so, and it would have been worse. The whole team worked so hard to fight for the win and I’m really proud of what they did – that’s all that matters.”