Valverde (3rd) closes in on massive feat atop Santa Lucía 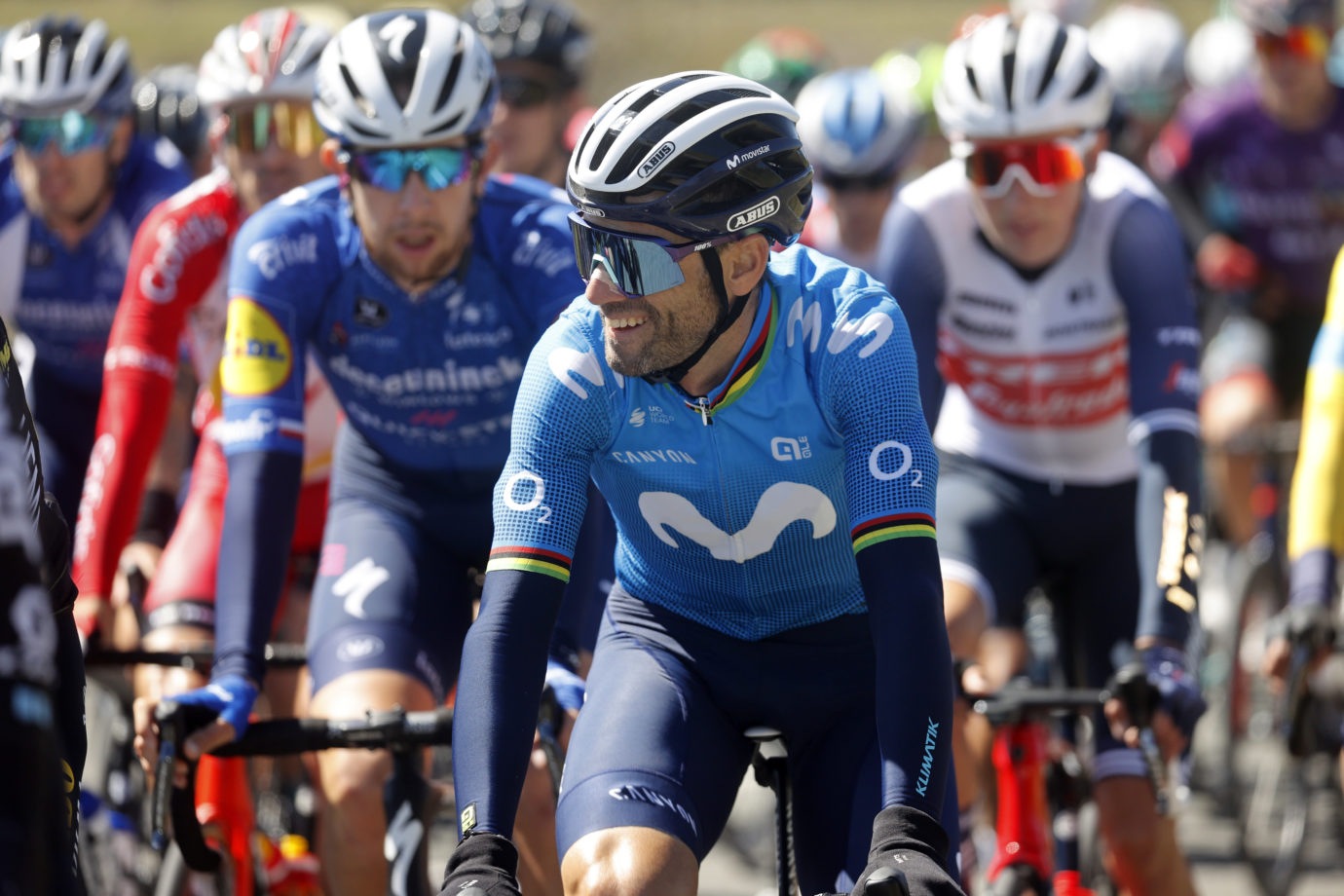 Against a pleiad of young, brilliant stars, at an explosive, steep finish, Alejandro Valverde (Movistar Team) was still able to squeeze his experience and unbeatable conditions to finish 3rd atop Santa Lucía / Ermualde (Cat-1), end of stage three in the 2021 Itzulia Basque Country, and continue to improve his overall situation, now 5th, 50″ behind yellow jersey holder Primoz Roglic (TJV).

Tadej Pogacar (UAD) took the day’s victory at a brutal final climb, 3km with maximum slopes close to 20%, which the peloton tackle with several splits near the front after a crash into the town of Llodio. The incident made Valverde start the climb from an unfavourable position, yet he remained calm and collected to gain places back and soon reach the front, where Pogacar, Roglic and Carapaz (IGD) were exchanging blows.

Despite staying next in their wheels until the very last metes, ‘Bala’ had to stay content with leading the first pursuit group, 5″ behind the two Slovenians, and further climb up the standings as we cross the halfway point of the race. Thursday’s stage four will see the peloton take on the famous climbs of Jaizkibel (Cat-2) and Erlaitz (Cat-2), en route to Hondarribia.

“The crash of Woods and Kelderman caught me right behind them. I had to even unclip and stop. I was in a very good position, maybe eighth or ninth into that group, and suddenly I was last on that peloton, with less than one kilometer from the foot. I had to get back to the front, into such a hard climb and at a really fast pace – it took me a lot, but I tried to stay calm, set my pace, not go after any attacks, because I knew that those moves wouldn’t be able to make real gaps with such a strong pace behind. I believed in my own pace – I knew the climb, I inspected it before the race, and I could finish third. I might have lacked 70 metres or so to stay with the two Slovenians at the end, but they’re doing so strong, we can only congratulate them for such a performance. I’ll feel happy with whatever comes. This is an extra for me, turning 41 on April 25 – can’t really ask for more.”