Norsgaard 2nd at Scheldeprijs after yet another Blue exhibition 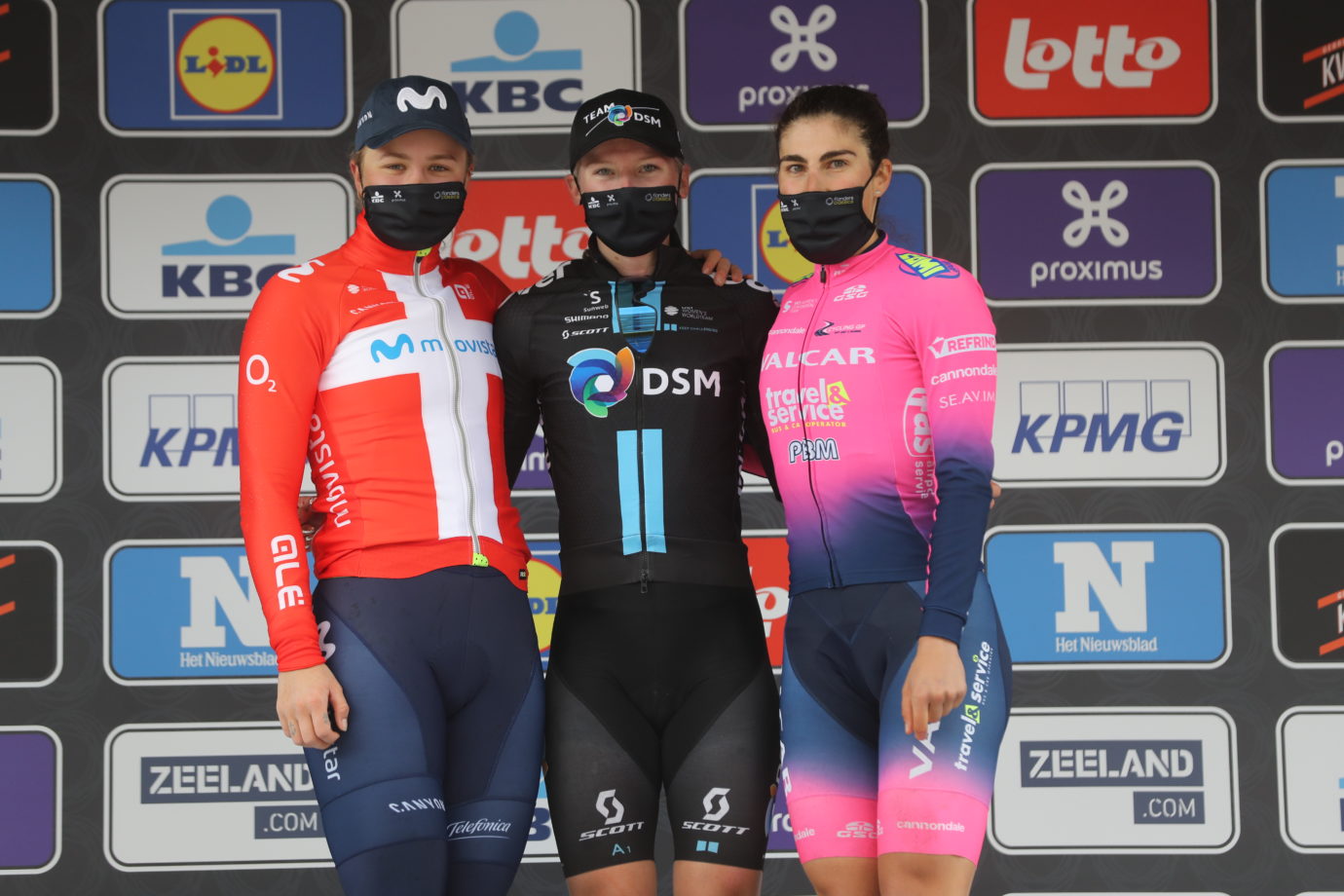 Danish champion scores fifth 2nd place this year after sensational teamwork from Rodríguez, Martín, Guarischi, Teruel and González, from the early echelons to the final leadout.

The victory Emma Norsgaard (Movistar Team) has sought for so many weeks didn’t finally come, but yet again, the Danish champion showed at Wednesday’s Scheldeprijs -UCI 1.1; 135km with rainy, windy conditions and even some cobblestones at Schoten’s final circuit- she’s already one of the best in the business, with her team-mates on par with her brilliant effort.

The Blues rode with great ambition from the very start, even getting five of their six members into the early echelons, a twenty-woman group ahead with a gap close to 40 seconds. However, a puncture by Norsgaard into that group forced the Pablo Lastras-led squad -which also sustained a couple of crashes, with no consequence, with Emma and Alicia González- to readjust their strategy and think of a bunch sprint, which Sara Martín, Gloria Rodríguez, Barbara Guarischi, Alba Teruel and González worked perfectly for, chasing all moves and leading the Danish rider out before the sprint.

Only Lorena Wiebes (DSM), arguably the best sprinter in the world, took the better from Norsgaard, who has already notched up five second-place finishes in 2021, yet has only gone twice out of the top-ten since riding for the Movistar Team. Another proof of the immense progression by a Blue outfit which is getting more and more respected in the peloton.

“Another second place! I don’t know, maybe I should start a collection… (laughs) No, to be honest I’m satisfied with today’s result. It just wasn’t to be – just bad luck, hopefully next one is our time to win. The race wasn’t hard because of the weather -I’m used to these conditions after those years training in the Danish winter-, rather than the crazy start, with those echelons and the setbacks we had to get through. At the sprint, Wiebes was simply the strongest today. I launched my sprint well, with the strength from previous times, but she was so fast from behind to pass me. Nothing to complain about.”