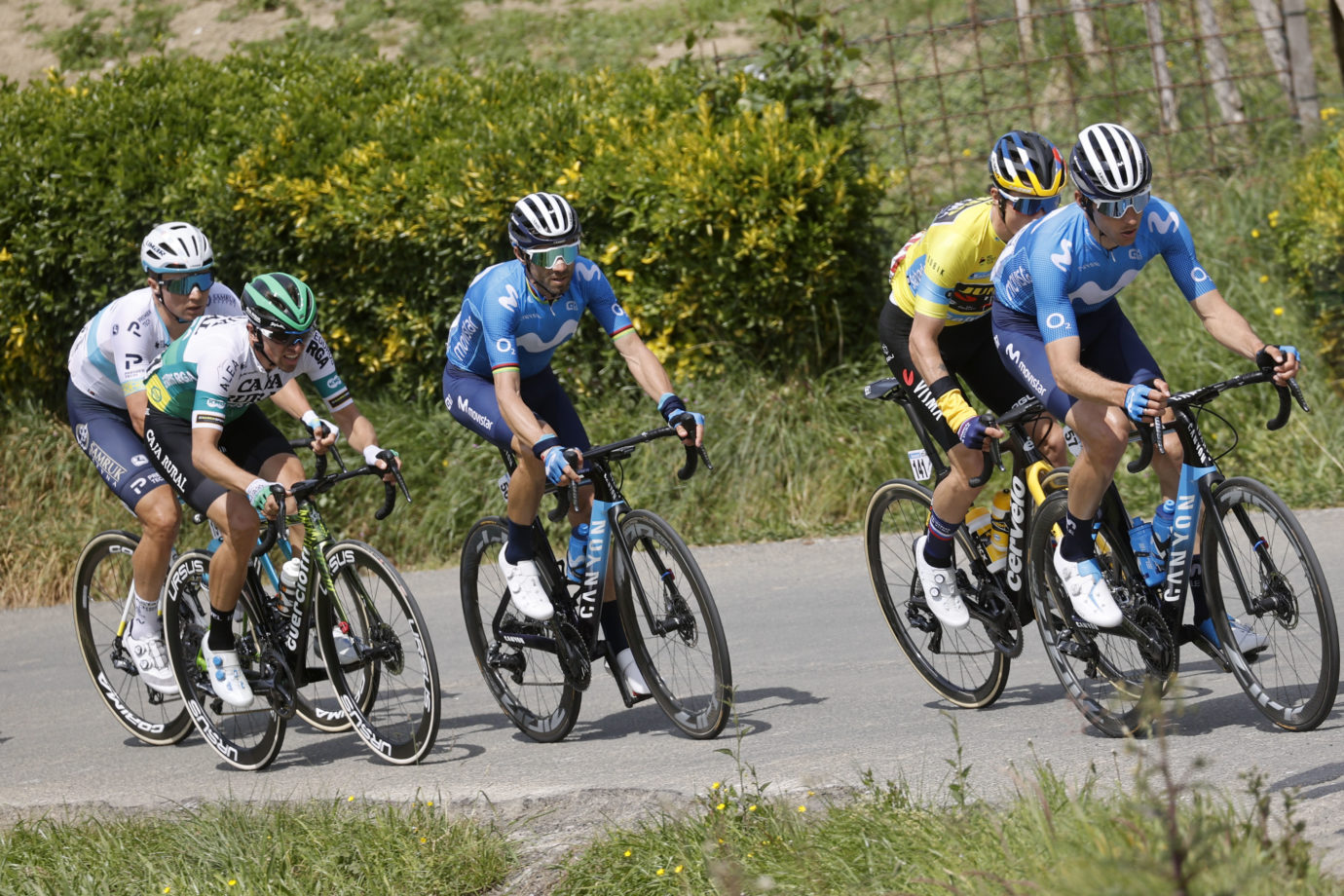 It wasn’t actually at the tough 3km uphill of Erlaitz (Cat-2), but on the ups and downs of its descent, when a six-man breakaway including Vingegaard (TJV), new race leader McNulty (UAD) and stage victor Ion Izagirre (APT) turned the 2021 Itzulia Basque Country upside down. Stage four, a rollercoaster of incredible speeds, saw the peloton reaching Hondarribia’s finish with half an hour’s advantage over the expected timetable, and with a shocking end result.

A flurry of attacks, featuring some of the Movistar Team riders -the Blues also suffering a scare, with a crash and some blows and bruises for Einer Rubio-, prevented a real break from consolidating until more than 100km into the stage, after the non-categorised Alto de Alkiza. The move, led by Juan Pablo López (TFS), wasn’t let go far, either, as as the Telefónica-backed squad’s work, together with many other teams, brought them back following the Jaizkibel (Cat-2) downhill.

Alejandro Valverde got to the foot of Erlaitz well protected by his team-mates, especially Enric Mas and Carlos Verona; however, despite riding attentively and making some short moves during the climb, the six-man breakaway went ahead on the downhill from the group containing Primoz Roglic (TJV), which saw no reaction until almost the very end.

Some late turns from Mas -who bridged back to Valverde’s group after losing contact halfway through Erlaitz- and Valverde’s commitment, even jumping solo to pick up the pace, took the gap slightly down to 49″ across the line, which means Alejandro now sits in 8th overall, 1’13” from McNulty. The Itzulia will tackle on Friday a theoretically easier stage five towards Ondarroa, before the brutal mountain showdown on Saturday takes the riders over seven climbs en route to Arrate.