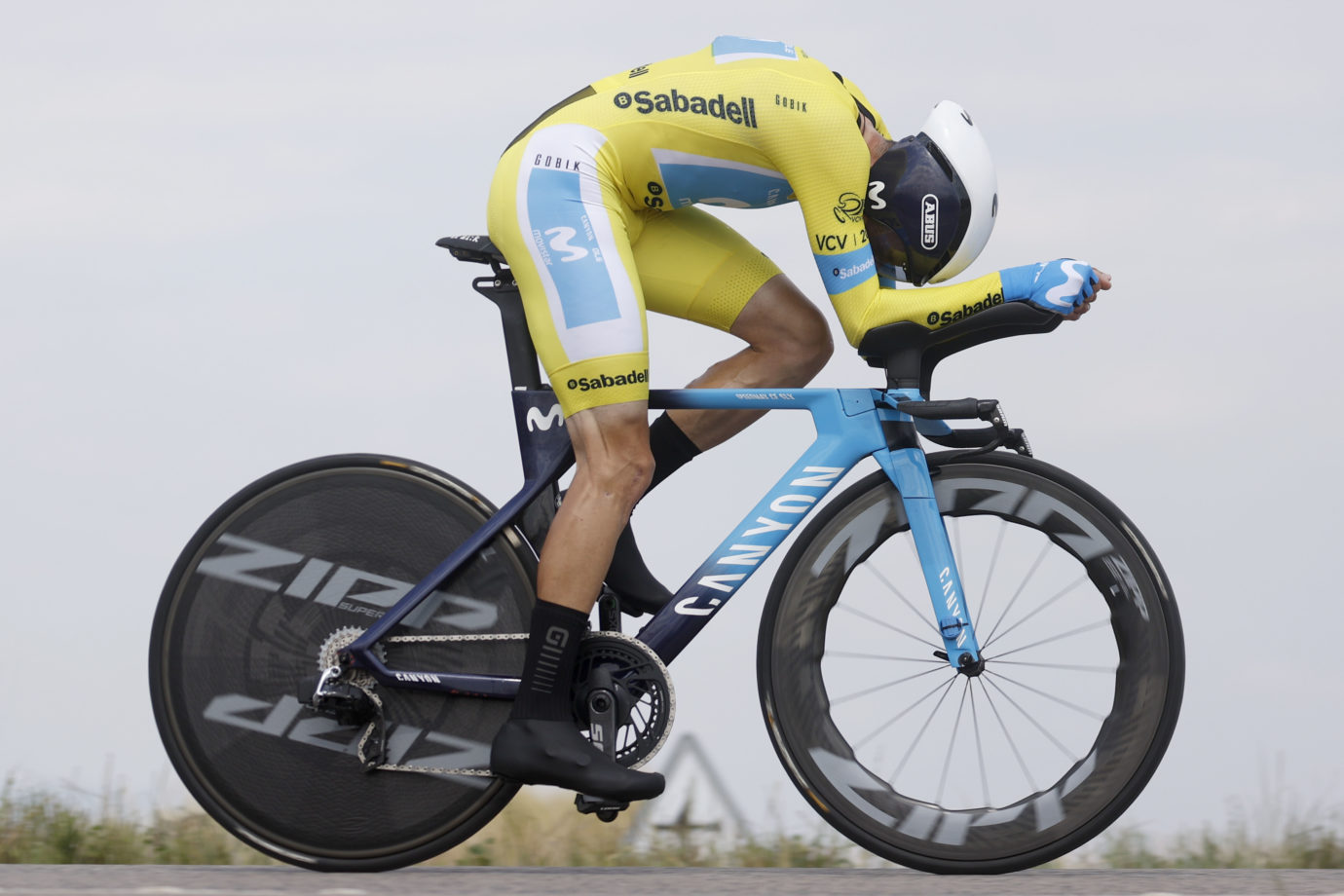 Spaniard down to 3rd overall, behind Küng (GFC, 1st) and fantastic Nelson Oliveira -2nd at today's ITT- after incident near finish of Almenara time trial.

The Movistar Team experienced on Saturday one of those situations, which sometimes happen in cycling, when giving your maximum isn’t always enough to claim success. Enric Mas suffered a bitter one at the TT of the 2021 Volta a la Comunitat Valenciana -14km from Xilxes to Almenara Playa-, as a puncture near the end left him without any chance to remain in the GC lead, now held by today’s winner Stefan Küng (GFC).

Mas, who was conceding about twenty seconds against Küng at the intermediate check (8km), a promising difference towards the end, ended up losing more than a minute and a half due to the issue, which took him down to 3rd place overall, behind an excellent Nelson Oliveira. The Portuguese was again above expectations today, missing out by only 11″ against the European champion on a course not really suiting his characteristics. Oliveira was 2nd both at the stage and at the GC standings.

The Vuelta CV will end on Sunday with a flat stage five from Paterna to Valencia, expected to finish with a bunch sprint. The same course will be the venue for the 3rd Vuelta CV Féminas, that morning.