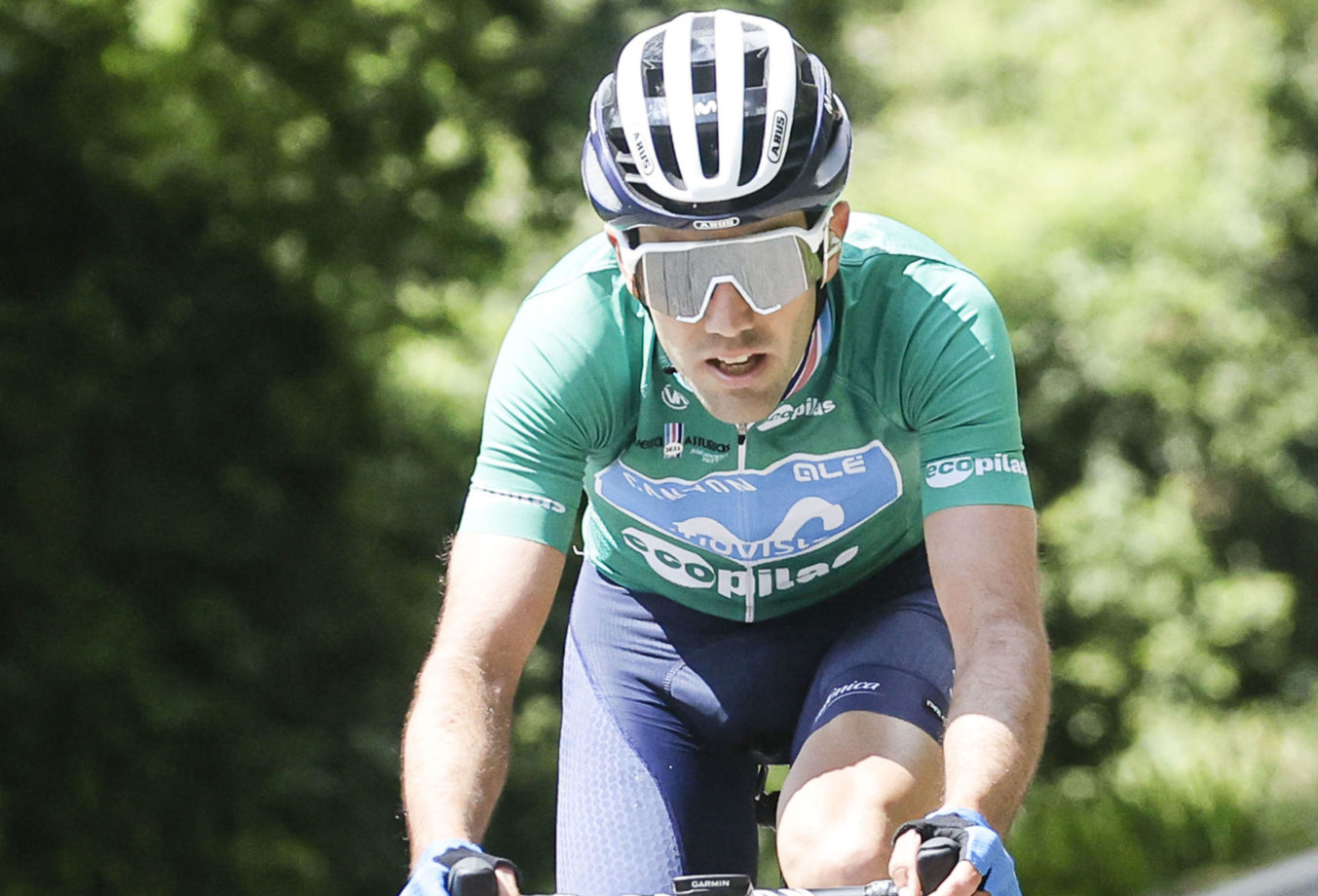 Great attitude from whole Telefónica-backed squad at three-day stagerace in the Principality, with Oliveira -on the attack, then working for his team–mates- notably brilliant towards Naranco to help Pedrero -4th today- and Rubio (6th), few seconds off the GC podium.

Movistar Team completed a really nice 63rd Vuelta a Asturias, with its seven riders fighting until the very end of the three-day stagerace in the northern Spanish principality. The final stage -125km between Cangas del Narcea and the traditional, uphill finish of the Alto del Naranco- witnessed a festival of attacks from the Telefónica-backed squad, present in the early break with Nelson Oliveira and offensive on the last two ascents with Einer Rubio -6th in the stage; 5th in the final GC- and Antonio Pedrero (4th today), the main rival of overall winner Nairo Quintana (ARK).

The Blues filled the final climbs with different moves, as Einer tried several times to split the GC group and help Pedrero stand a better chance at improving his overall situation. The Colombian would end up conceding about twenty seconds over the day’s winner, Pierre Latour (TDE), who, together with team-mate Víctor de la Parte, overtook Rubio into the final standings. Quintana and Pedrero crossed the line together.

Oliveira’s impressive job, still able to lead his team-mates out through the descent of the Alto del Violeo (Cat-2) after getting caught, meant the Movistar riders secured victory at the team prize.

An unforgettable day in the professional career of Héctor Carretero. In his fifth season in cycling’s top tier –all of which he’s worn the Movistar Team colours at-, the rider born in Madrigueras, Albacete was finally able to raise his arms victorious with a great sprint at the end of stage two in the Vuelta a Asturias, a demanding 200km route from Candás to Cangas del Narcea with the Alto del Acebo (Cat-1) as main difficulty.

The Telefónica-backed squad played its strength in numbers to perfection, always having cards to play from the foot of the Acebo. Einer Rubio launched the first attack, leading most of the climb with Víctor de la Parte (TDE); Pedrero went across later on, trying to leave behind race leader Nairo Quintana (ARK); and just before the top of the ascent, the two Blues got together, while Carretero joined them shortly after to make the final selection of eight.

As the group entered Cangas, Héctor took himself to the fore and clearly bested Quintana, with Rubio (3rd) completing a great day for the Blues in Spain and Pedrero, 6th, remaining into the provisional podium overall -second to Nairo, with Einer in 3rd- before a final, explosive stage three (125km) over the climbs of Violeo and Naranco.

“I’m so happy to have claimed this first professional victory. It’s cleat to me what my job here is – I’m one to support my team-mates, I’m happy with that role in the team and want to keep improving on that. In days like today, you’ve got to make the most of those chances. This gives me massive morale, and huge relief to finally get that first win in the books. I remember Jesús Hoyos in this day, and since I turned pro, I always wanted to dedicate this first victory to my family, friends and the town of Madriguers. This goes for all of them.

“We knew that it was down to getting first to the final turn after the downhill, since, after that curve, only 200 meters were left and you would win. I told my team-mates to stay behind me – I actually spent most of the downhill pushing, and let them know I was feeling well, with that pucnh to finish it off. I made him realize that they only had to keep my wheel so we could secure the win; Einer went straight after me, Antonio also tried it, for our rivals to have a harder time at coming back, and with that punch I had, I could finish it off.

“We’ve got a ‘problem’ when it comes to the GC situation: Nairo Quintana is so strong uphill. In our case, there’s an advantage: it’s two riders versus one, with Antonio Pedrero and Einer Rubio. We will try to make things hard and hopefully, still stand a chance of success. We won’t leave without putting up a fight.”

Antonio Pedrero (Movistar Team) came on Friday the shortest he’s been to a first win in Movistar Team colours as he took 2nd place in the inaugural stage of the 2021 Vuelta a Asturias, a really demanding route -seven rated ascents- on a rainy day from Oviedo to Pola de Lena. The Catalan was one of the last riders to succumb to the pace of Quintana (ARK), who reached the finish line solo with almost half a minute on Antonio and Frenchman Pierre Latour (TDE, 3rd).

Also trying to follow that move from Nairo went his fellow countryman Einer Rubio, 9th at the finish, just behind Nelson Oliveira (8th) as part of a pursuit group of thirteen members, 49″ back on Quintana. It’s already a considerable margin into a Spanish stagerace which is, however, far from over, with tough routes all over the weekend including Saturday’s climb to the Alto del Acebo, en route to the stage two finish in Cangas del Narcea (200.5km).

Some other notable performances on the attack came from two riders near the end: Héctor Carretero, briefly on the move before the Carabanzo ascent, and Rubio himself, who tried to anticipate the favourites’ moves and still made the second group.