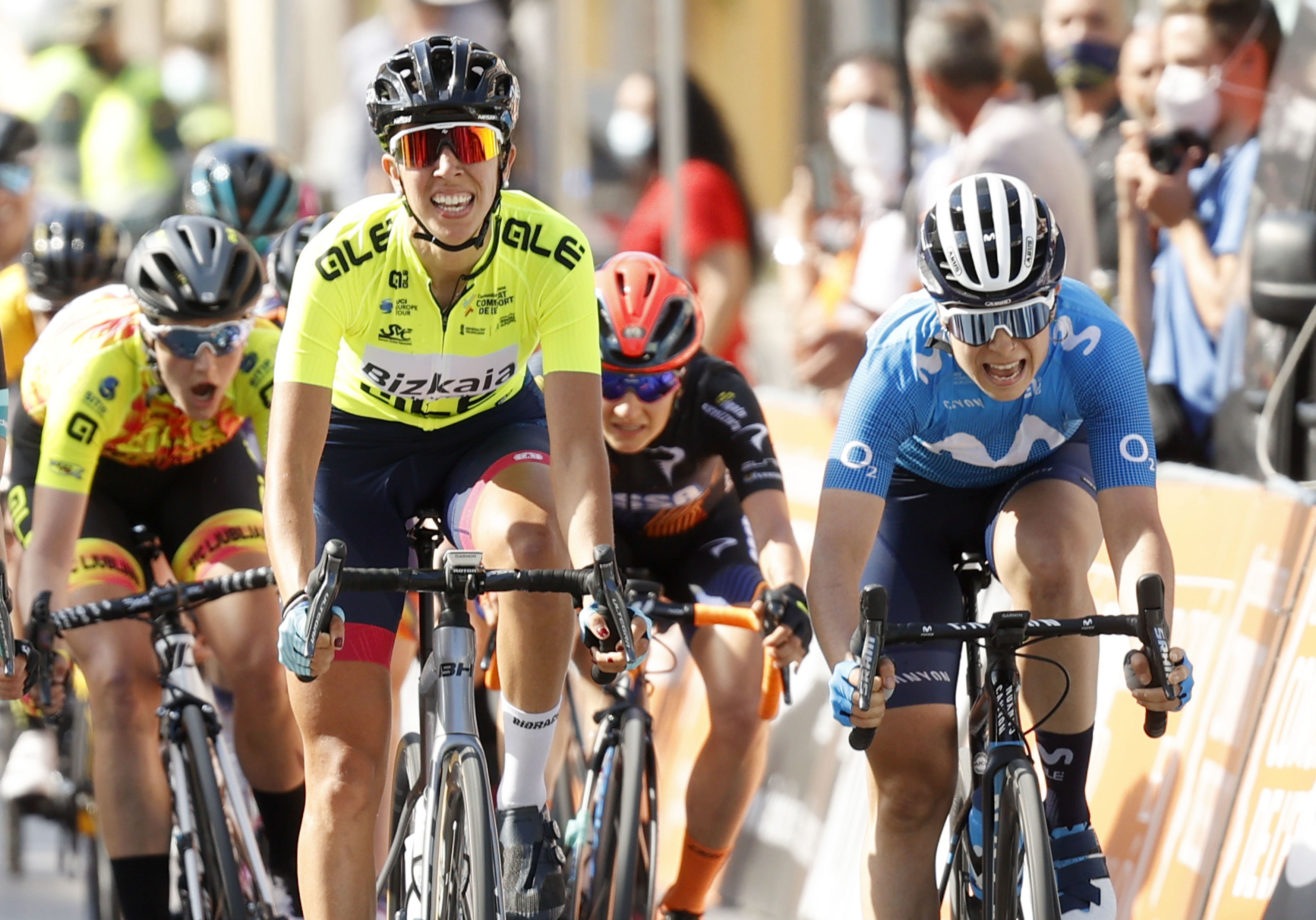 Few months ago, a blood pressure issue put Sheyla Gutiérrez’s (Movistar Team) career in jeopardy. Friday, though, the Spaniard, recovered both from physical and mental standpoints, came so close to taking the Telefónica-backed squad’s seventh victory of the season on stage two of the 2021 Setmana Valenciana. Only Sandra Alonso (BDU) was able to beat the ‘Lioness’, kept perfectly covered by an astonishing Blue outfit.

The Movistar Team had riders in all main splits formed early on and, more importantly, the demanding climbs of Les Coronetes (Cat-1) and Salto del Caballo (Cat-2). The great attitude from Alicia González, Paula Patiño and Katrine Aalerud -who remains 3rd overall- on the breakaways and the teamwork from road captain Gloria Rodríguez were continued by a gracious gesture of commitment from Annemiek van Vleuten, working just like another team member in the finale to chase down solo leader Krista Doebel-Hickok (RLY), away until the last 4km, and set up Gutiérrez before Vila-real’s finish.

Van Vleuten, who wasn’t bothered by her bruises following Thursday’s crash, comfortably retained the orange jersey as GC leader, with more than 2′ on Mavi García (ALE), en route to the decisive weekend on Spanish soil. Saturday’s stage three should be another chance for the sprinters in Valencia, after 120km from Sagunto, with coastal winds as a likely factor in the finale.