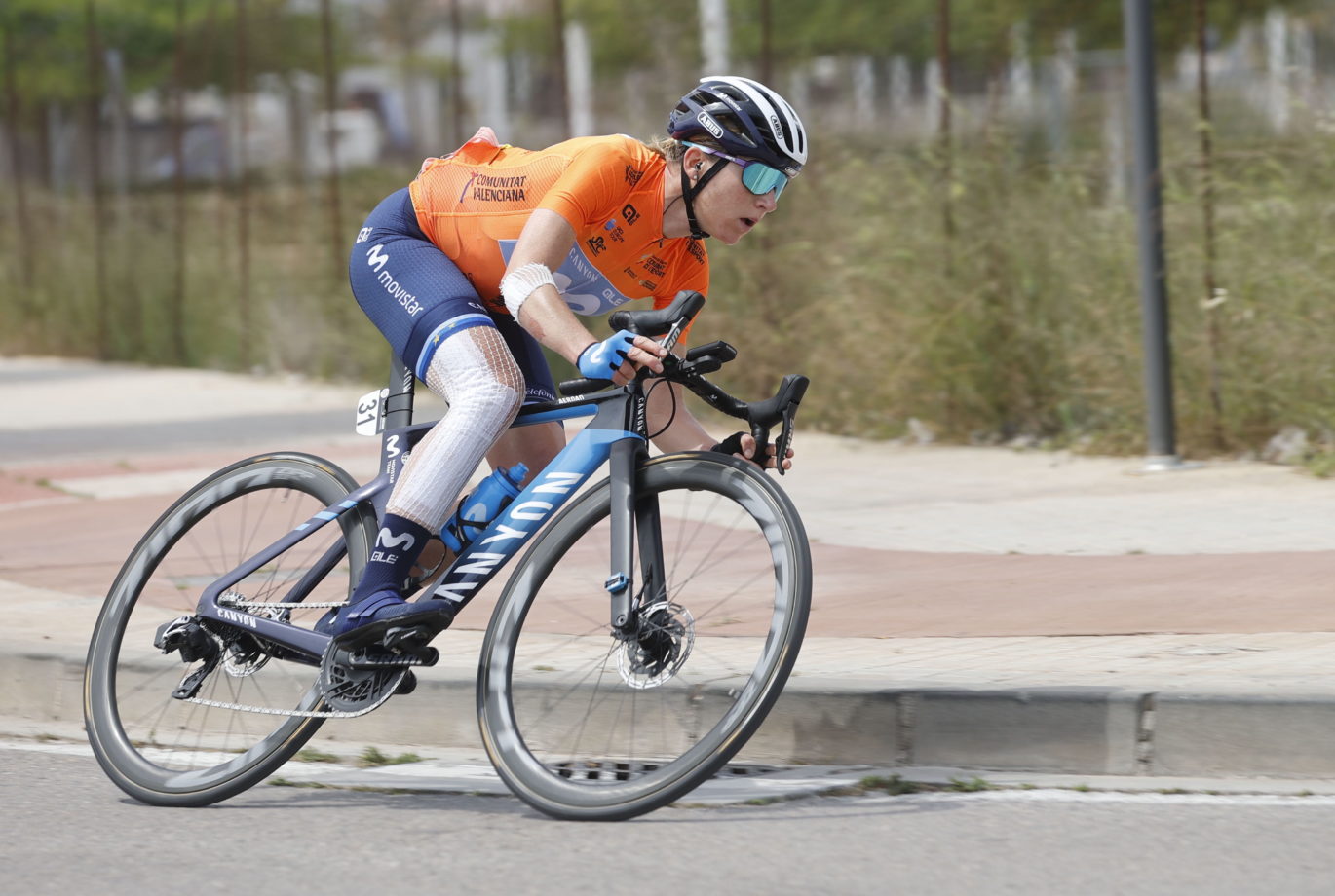 British champion Alice Barnes (CSR) took a clear victory at an incredibly fast – almost 44kph average- stage three in the Setmana Valenciana, over 120km from Sagunto to Valencia. Sheyla Gutiérrez (Movistar Team) repeated her 2nd place from the previous day, following another great piece of Blue teamwork to help her out before the sprint and conserve Annemiek van Vleuten’s leader’s jersey.

The Dutchwoman, who crossed the finish in 10th place, even took some time (6″) against her biggest GC rival, Mavi García (ALE), after a stage made even more nervous by a massive pile-up, which fortunately didn’t affect any of the six Blues -Gutiérrez herself was close to being taken down-. Van Vleuten will thus tackle the decisive mountain trek on Sunday with 2’16” over García and 2’30” on Katrine Aalerud -3rd overall-, really active on team duties alongside Alicia González and Paula Patiño.

A tough battle is expected tomorrow on the 114km route between Finestrat and Alicante, climbing the long Tudons (Cat-1), plus Benifallim (Cat-2) and Collao (Cat-3) as main difficulties for a Blue group so far unbreakable.