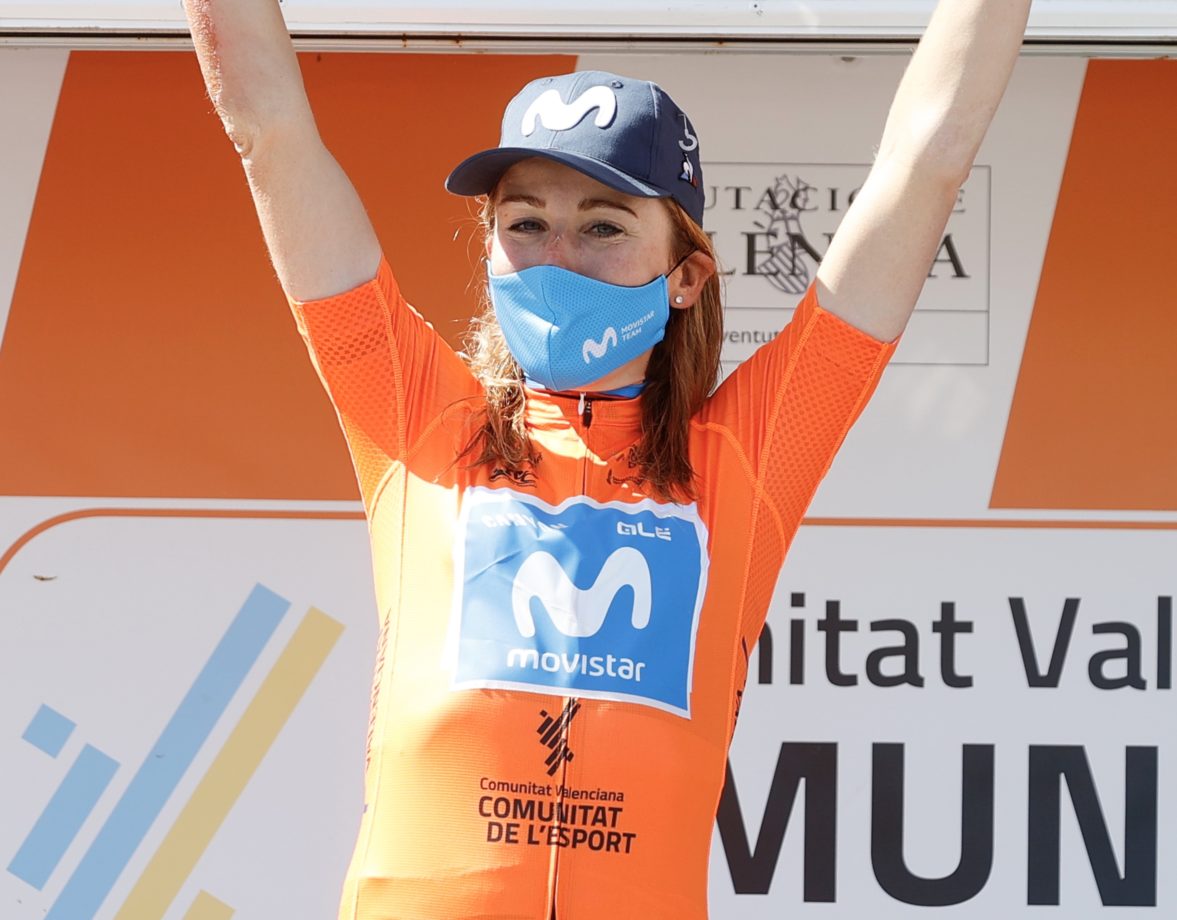 Simply unbeatable – no one could get past the Movistar Team’s masterful work during the 5th Setmana Ciclista Valenciana (UCI 2.1), held over the last four days in southeastern Spain, as the Telefónica-backed squad, led by a Annemiek van Vleuten, started their Spanish late-spring tournée in the best possible way, despite the Dutchwoman’s crash en route to her stage one win in Gandía.

It’s the women’s Movistar Team’s seventh victory of 2021 – the eleventh for the Abarca Sports organisation, adding the four from the men’s squad- and the second stagerace in just seven days for the Pablo Lastras / Sebastián Unzué-led squad, which, starting Thursday, will compete at their team’s home Navarra Classics (UCI 1.1, x2).

“It wasn’t as much of a difficult day as we expected, yet we still had to work hard with the girls. In my case, I only had to keep Mavi García’s wheel under control, and my team-mates were the ones in charge of keeping the breaks in check and not let a dangerous group go with too big of a gap. A day like this one is also part of the learning process: knowing who you have to let go, who has to be kept under control – we rode with intelligence today, also not trying to keep too much pressure for the sprint, with other teams also having their own chance.

“In fact, I came here to play with the whole team, seek for everyone’s chances, and to a point, we did, even if it was in a different way than expected. We come back home with the jersey, yet we take so many more things from this race. I realized yesterday that it was the very first time Paula Patiño, Ali and Katrine were successfully defending a jersey to the end. These are new experiences which will make them grow: pushing full-gas at the front of the bunch, covering attacks – I’m sure that, as soon as they get some rest, they will profit from everything they’ve learned here, especially in the next few years at the upcoming big stageraces like the Tour, the Giro…

“I enjoyed so much, also getting to work for other girls, as I did with that leadout for Sheyla earlier in the race. We take so many benefits from this race: Katrine’s 3rd place, which is her first time on an international podium; Sheyla, gaining confidence; Paula and Alicia, who had never spent so much time at the front of the field – this race will make us stronger. In my case, I’ve gone through some hard days after my crash, and these three days’ rest will be really good for me. The timing of the Navarra classics couldn’t be better. It’s not the biggest race block for me in terms of form -my peak being the Ardennes-, but I want to take advance from these days to get back to my best and hopefully play a factor for the team in Navarra, the team’s home region, and the next few races in Spain.”