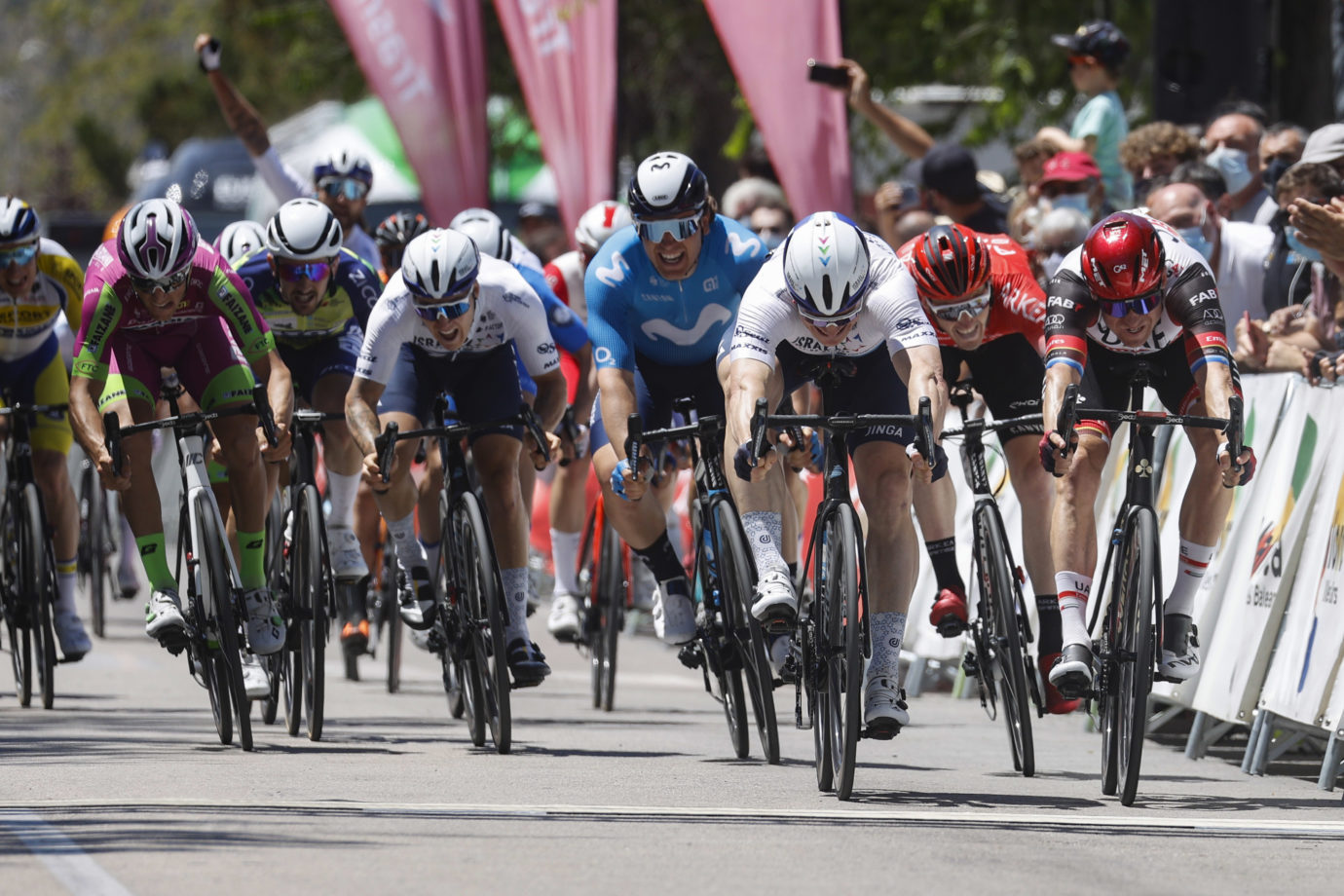 We bring you some brief reports on the Movistar Team's efforts at the four-day traditional Balearic season-opener.

The week’s racing in the Balearic Islands came to its end with a sprint success for veteran André Greipel (ISN) at Port d’Alcudia, as the Movistar Team finished on a high note with a 5th place -his best result of the season so far- for sprinter Gabriel Cullaigh.

The Briton paid off some of the Blues’ efforts on Sunday, the Spanish outfit going on the attack with Serrano -early on- and Norsgaard and later supporting Gabz with the likes of Hollmann, Mora, Alba or Lluís Mas. Greipel himself, Kristoff (UAD), Noppe (ARK) and Janse van Rensburg (TQA) were the four riders ahead of Cullaigh at the end.

Colombian Winner Anacona (ARK) notched up Saturday’s victory at the hilltop finish in the Port de Pollença, following another selective day in Mallorca where the Puig Major (Cat-1), the biggest climb of the week, left only about 30 riders with a shot at success, including three from the Movistar Team: Héctor Carretero, Miguel Ángel López and Abner González, the Blues’ top performer in 19th place.

The selection was even further at the hills after the Puig Major, with a trio including Anacona, Laengen (UAD) and Iturria (EUS) going away with more than a minute’s advantage before the last ascent. The Movistar Team, which had already gone to all early moves with González or the ever-dependable Lluís Mas, will seek for a better result at Sunday’s chance for the sprinters in Alcudia (169km).

The Movistar team came to quite better conclusions, and took a first podium on this week’s men’s Spanish racing, at the second day of the Challenge Mallorca, over the final climbs of Femenies (Cat-2), Puig Major (Cat-2) and Bleda (Cat-3). Héctor Carretero took 3rd place into an entirely spanish final selection, behind Jesús Herrada (COF, 1st) and Jonathan Lastra (CJR, 2nd), after making part of a short field of six riders, also including Miguel Ángel López, which left the pursuit behind near the end.

The Colombian went on the attack to seek for a first win the Blue colours, well represented in the finale as the Movistar Team forced a split before the Puig Major into a peloton soon torn into several pieces. Carretero stepped onto the podium for the second time in 13 days, following his brilliant Vuelta a Asturias stage two win, and should be racing again, barring any last-minute change, at the Trofeo Andratx, with its uphill finish in the Mirador d’Es Colomer.

South African Ryan Gibbons (UAD) took the win, following a long break, in the first of four races of the Mallorca Challenge, a lumpy course between Peguera and Calvià / Palmanova, with Frenchman Anthony Delaplace (ARK, 2nd) joining him on a move that the main favourites’ peloton was never able to bring back.

While the Movistar Team riders weren’t able to contest the top places, the squad directed in Spain by José Luis Jaimerena did go for the initial breaks, especially a first big group including Abner González, Juan Diego Alba, Juri Hollmann or Lluís Mas, who led one of the day’s intermediate sprints.

The Blues, with Miguel Ángel Lopez back in action, will seek for better fortunes on Friday’s mountainous Trofeo Serra de Tramuntana, climbing the ‘colls’ of Femenies (Cat-2), Puig Major (Cat-2) and Bleda (Cat-3) near the end.