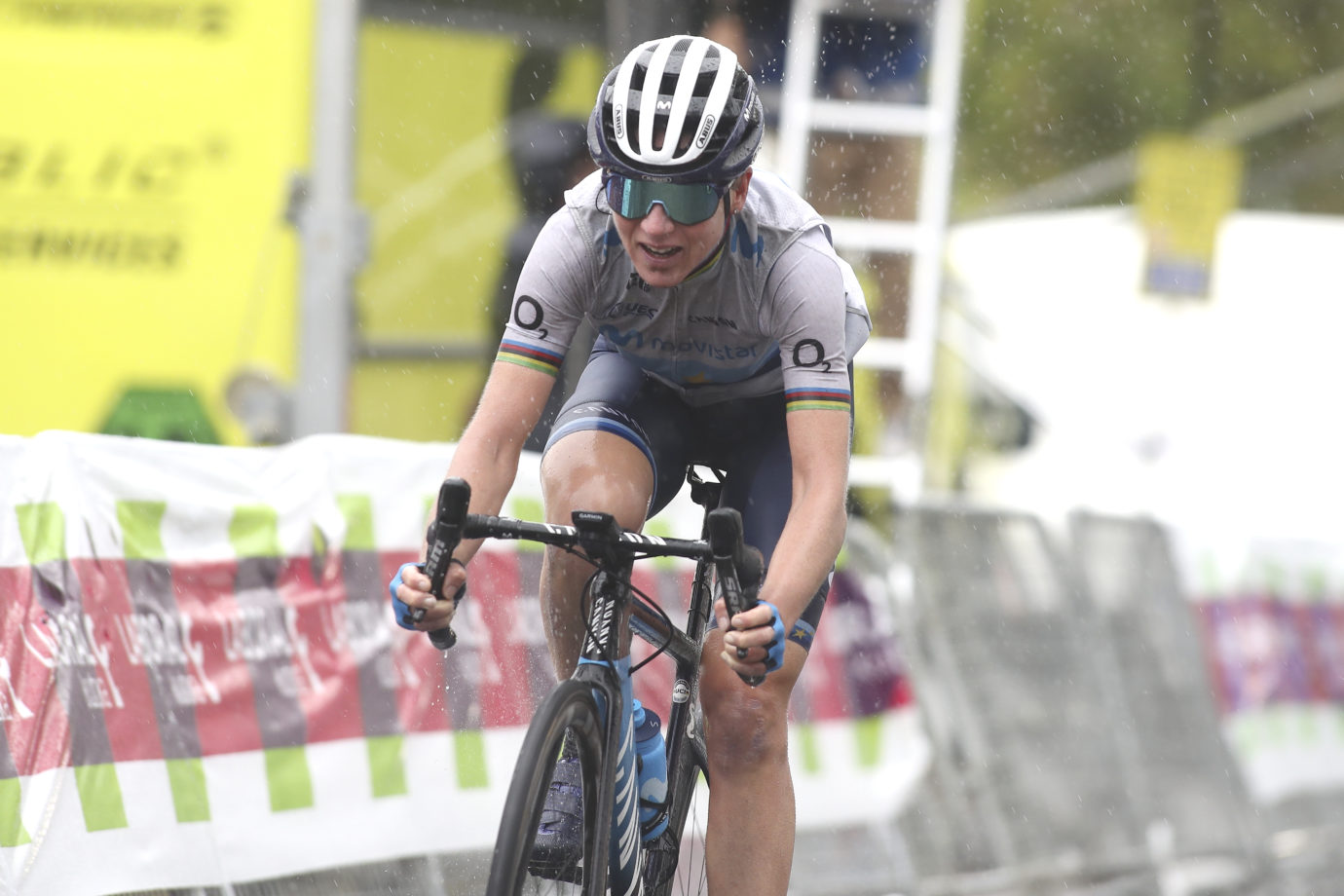 She had to come from behind this time, riding a bit more defensively than in previous races, yet in any case, Annemiek van Vleuten (Movistar Team) never stopped trying and showing her immense class at the Durango-Durango Emakumeen Saria (UCI 1.1), held on Tuesday over a 116km course -in rainy conditions over its second half- which featured five climbs of the gentle Miota + two decisive, grueling ascents to Goiuria / Garai.

As in Eibar last Sunday, the European champion took 2nd to Anna van der Breggen (SDW), both overtaking riders in the finale after some dangerous splits formed into the Miota circuit, with two peloton separated by nearly one minute. Alba Teruel and Jelena Erić still kept the Telefónica-backed squad calm and at the front, Van Vleuten eventually reaching group one over the first Goiuria climb as Uttrup Ludwig (FDJ) attacked from afar and took the solo lead before finishing in 3rd.

At the final ascent, AVV and VDB took the better off their rivals, with no real attacks between them, though, before a sprint won by the World Champion. A day where Miek’s legs and sights were set on the Vuelta a Burgos (UCI Women’s WorldTour), the final race of the first part of her 2021, starting on Thursday.

“I came to this race with no pressure on my shoulders, looking forward to having the team play different chances to get a good result, and even if it always disappoints you a bit to finish 2nd and be so close to the win, the main goal today wasn’t strictly chasing the victory. I think we played it nice with the team, with Jelena and Alba joining that breakaway at the Miota circuit, and in general, we raced as we had planned. I was able to follow Anna’s wheel well during the Goiuria climb, I found some good legs today, and even if I couldn’t win, I draw good conclusions from this race. Now, on to Burgos; it’s the final goal of this part of the race, a WorldTour race with much to play for, and we will go for it with everything we’ve got.”