Van Vleuten (10th) with top contenders at Burgos stage one 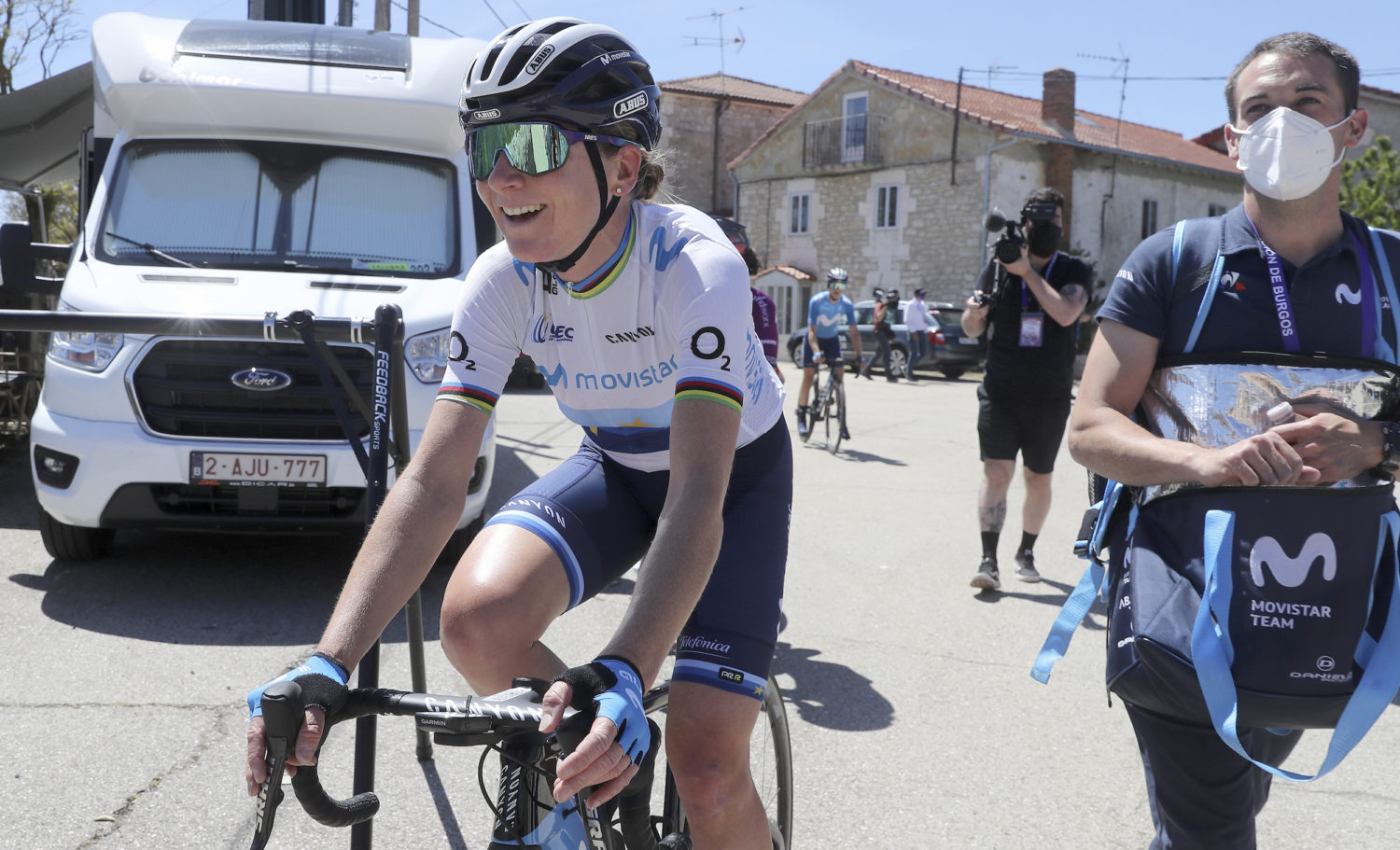 A nervous, eventful start to the first WWT edition of the Vuelta a Burgos Féminas, which covered its first 100km on Thursday between Villadiego and the uphill finish -with a Cat-3 climb just before the end- in Sargentes de la Lora.

The Telefónica-backed squad had to regret a DNF, due to a crash during the stage, for local hero Sara Martín, who sustained a cut to her chin which had to be treated and sewed by the race’s medical services and the specialists of the University Hospital in Burgos. The Aranda native also underwent further checkups that ruled out any injuries.

Team-mates Patiño, Erić and González took responsibility to cover Van Vleuten before the climbs and will be their main support in the upcoming days, starting with Friday’s bunch sprint chance in Villarcayo (97km).