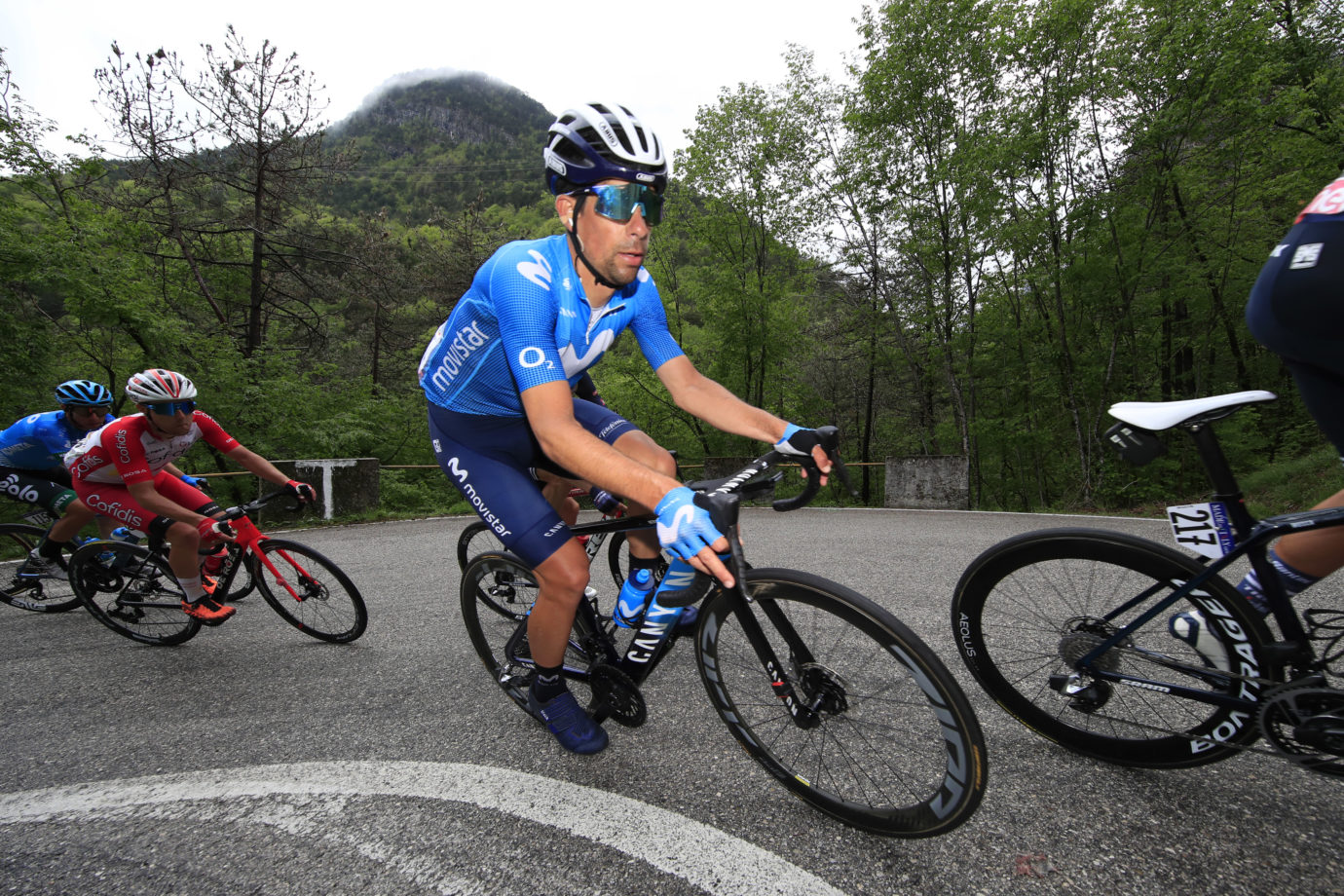 It was a career’s victory for young Italian Lorenzo Fortunato (EOK) at the hellish climb of the Monte Zoncolan, end of one of the biggest mountain stages in the 2021 Giro d’Italia (205 km), as he crowned a breakaway which the Movistar Team fought hard to be in, again with Nelson Oliveira featuring in the winning move.

The Telefónica-backed squad, which had been able to send the Portuguese rider into the initial, 11-man escape, didn’t want to limit its representantion to Nelson and fought, for the next 30km, to get Einer Rubio or Antonio Pedrero in, with lots of different actions. Their pace wasn’t enough, though, and it was down to Oliveira, with its everlasting consistency, to try and cope with his rivals’ pace on the last climb. In the end, Nelson was 8th, overtaken by race leader Bernal (IGD) and some of the main contenders. Meanwhile, behind, Pedrero was able to stay with the GC group and finished in 17th place.

The Movistar Team will continue to seek for winning chances at the six remaining road stages in the ‘Corsa Rosa’. Sunday’s stage 15 should be another one for the breakaway, into a hilly circuit in Gorizia -several times over the Slovenian border- with three Cat-4 climbs to Gornje Cerovo.