Van Vleuten closes first half of 2021 with 2nd in Neila, Burgos GC 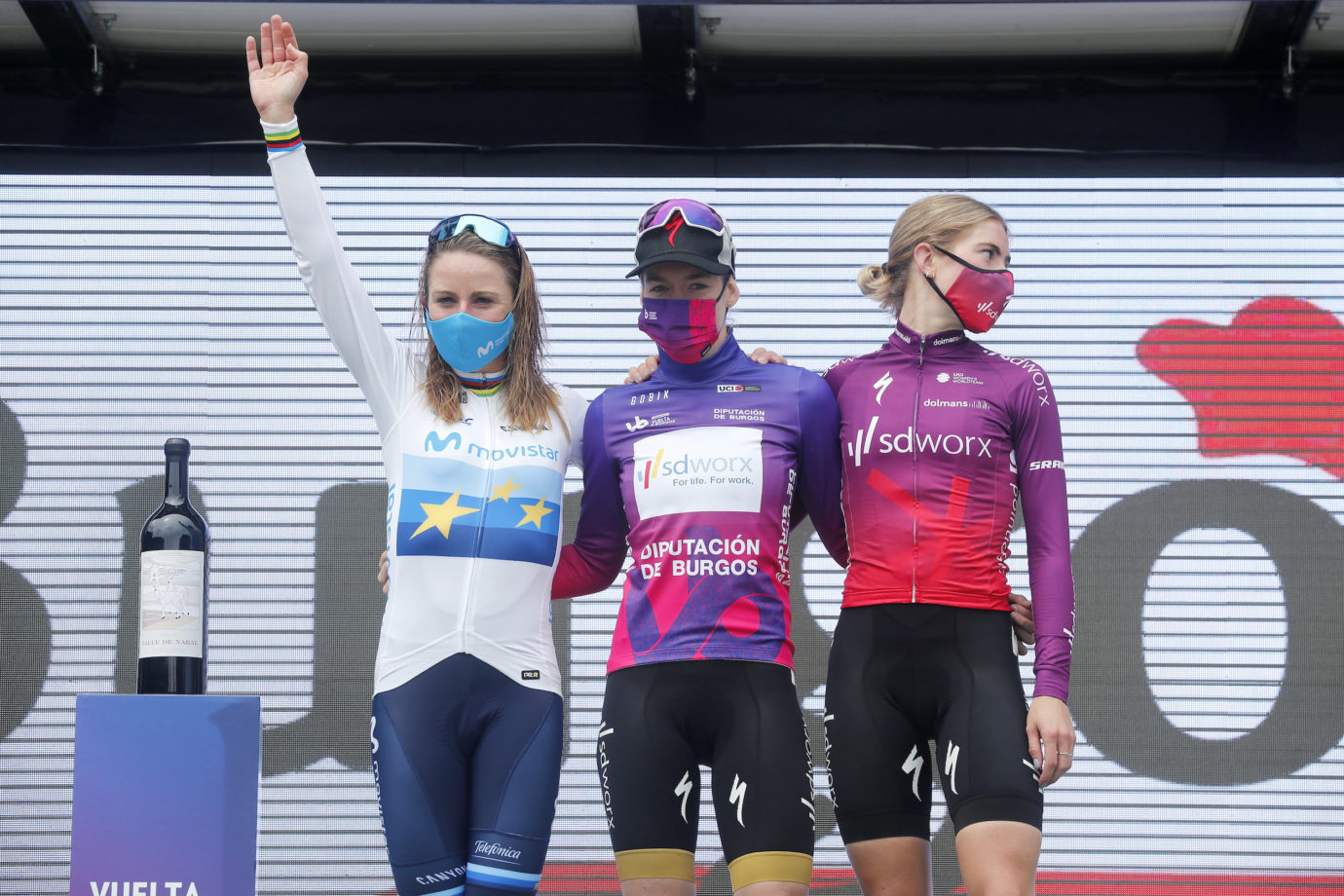 Annemiek van Vleuten (Movistar Team) completed her Spanish tournée of May as the new leader of the UCI Women’s WorldTour -and, pending official confirmation, new World’s Number 1 next Tuesday- after finishing 2nd overall in the 2021 Vuelta a Burgos Féminas, which held on Sunday a long-awaited, decisive mountain-top finish in the Lagunas de Neila, won by Anna van der Breggen (SDW).

The Telefónica-backed squad was again a bit protagonist in the Spanish race, playing offensively and sending three riders into a 30-rider breakaway which formed before the Collado de Vilviestre (Cat-3): Jelena Erić, Paula Patiño and Katrine Aalerud. The Norwegian got herself through the first selection -14 riders left – at the climb prior to Neila, then went on the move at the final section, leading the race alongside Koppenburg (RLY) until the tough slopes of El Portón, 1km before the end.

At that moment, Van Vleuten and Van der Breggen caught a great Katrine -6th over the line, 5th overall- and started yet another duel, with VDB taking the better from ‘Miek’. Now, Van Vleuten will enjoy some days of rest and go on a first altitude camp before starting her preparations for the Olympics, with two events before Japan: the Dutch Championships (June 18-19) and La Course (June 26).

“We’ve tried everything to take the GC and the team played its cards really well, sending Katrine, Jelena and Paula to the front and trying to break the strength from other teams with their attacks. In the end, I was able to stay with Anna and tried to overtake her into the final turn, but she was simply stronger. I’m satisfied with second.”