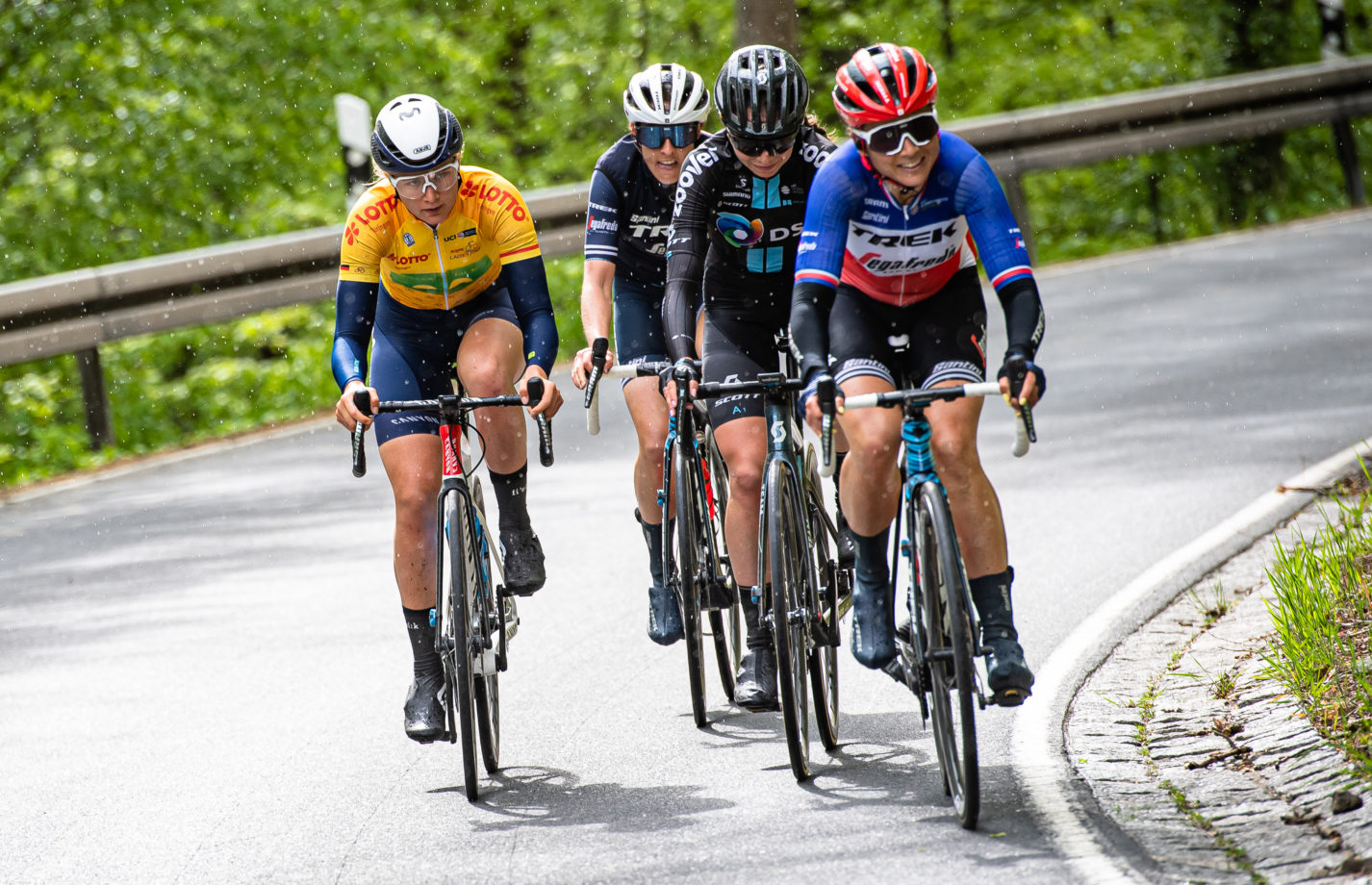 Danish champ continues to exceed expectations, gets through with strongest uphill as Brand (TFS) only able to anticipate the 'Rocket' with late move.

Emma Norsgaard (Movistar Team) took her abilities a notch further up on stage three of the 2021 Lotto Thüringen Ladies Tour, able to stay with the strongest riders uphill, and beat almost every rider, at the first course with longer climbs in the German race, Thursday, around Schleiz (116km).

Only the world cyclo-cross champion Lucinda Brand (TFS), who escaped in the finale alongside Liane Lippert (DSM), was able to beat the Danish rider from the Telefónica-backed squad, 2nd, as the ‘Rocket’ kept her yellow jersey where it was logical to think about her starting to fade.

Emma rode calmly until the final kilometers, well supported by Guarischi, Teruel (pushing at the front of the bunch), Oyarbide, Gutiérrez (keeping the pace on the climbs) and Biannic (last guide and help with the final splits) in a very orderly day of work from the Blues. Norsgaard cope with the 25-rider group after the hardest climbs, and even went on the attack with Brand, Cordon Ragot (TFS) and Lippert.

Eventually caught by the GC group Emma convincingly won the pursuit sprint and held off -now 6″ ahead- the charge from Brand in the overall standings. Friday’s stage four will be the biggest test, with the Queen stage in Germany taking the riders over four climbs of the Hanka-berg (1.2km at 8%) in Dörtendorf’s circuit (101km).