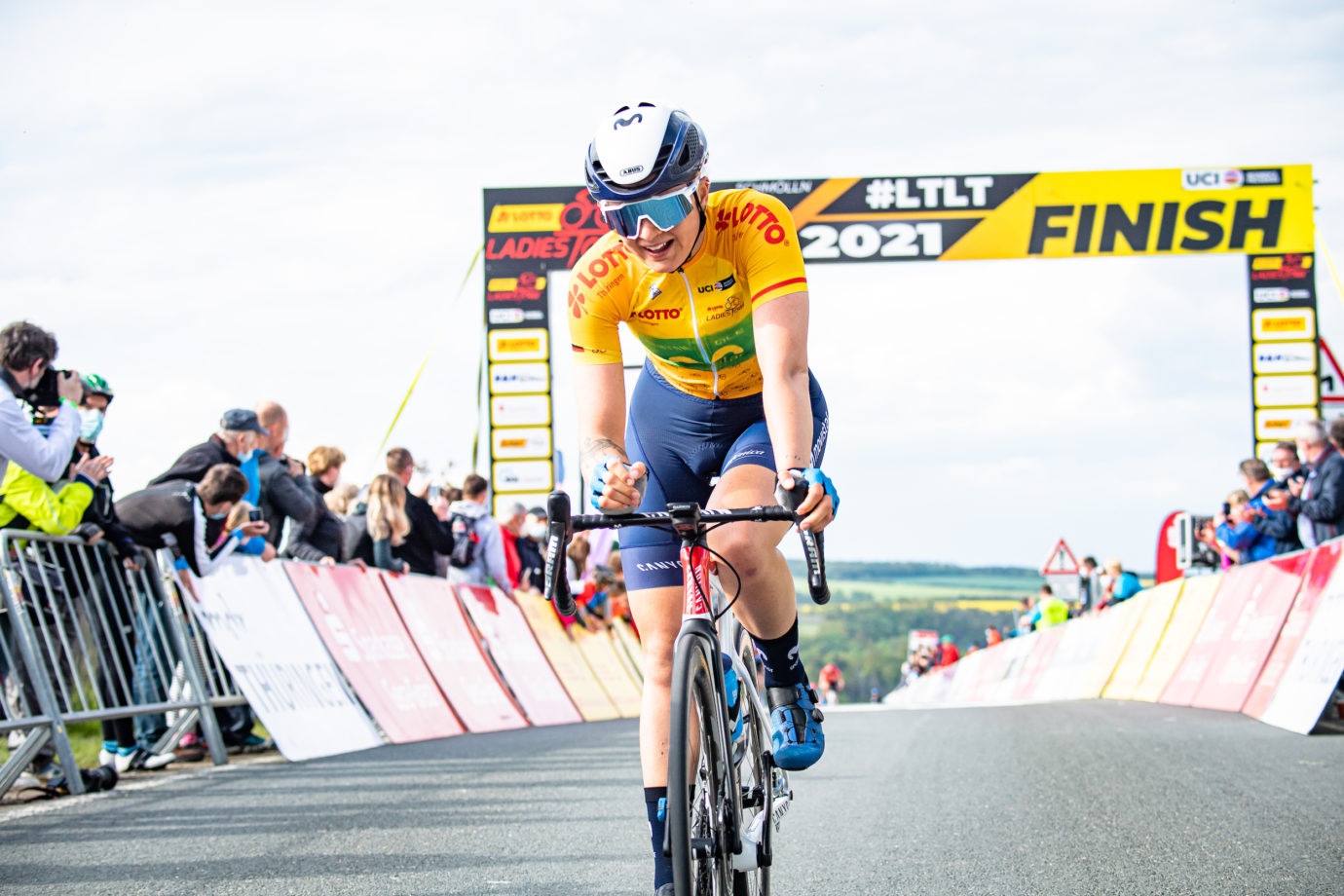 Emma Norsgaard (Movistar Team) again squeezed her physical ability to the limit during Friday’s crucial stage of the 2021 Lotto Thüringen Ladies Tour, a four-lap circuit (101km) in Dörtendorf with the finishing climb of the Hanka-berg, 1.2km at 8% with several doble-digit slopes which marked the biggest challenge for the young Dane so far in this race.

The 21-year-old from Silkeborg was again supported perfectly by her five team-mates. Guarischi, Teruel, Gutiérrez, Oyarbide and Biannic today had to fight against a strong leading group, including Kristen Faulkner (TIB), whose GC situation – less than half a minute behind Norsgaard – made the Blues extra cautious. The American was eventually caught at the foot of the last climb.

The brutal uphill sprint saw Lotte Kopecky (BEL) winning ahead of the new race leader, Lucinda Brand (TFS), with Emma into a second group in 6th place, six seconds down on the four ahead. The GC remains wide open, with Brand, Kopecky and Norsgaard within only six seconds heading into the weekend’s stages.

Though with a less difficult finish, Saturday’s stage five circuit in Weimar will take the riders twice over a tough slope in Ottstedt, 800m at 9% to be last crested with 12km to go. Another burden – after a long stage, 140km – to test Norsgaard’s determination in a race where both the ‘Rocket’ and her Movistar Team are giving everything to succeed.