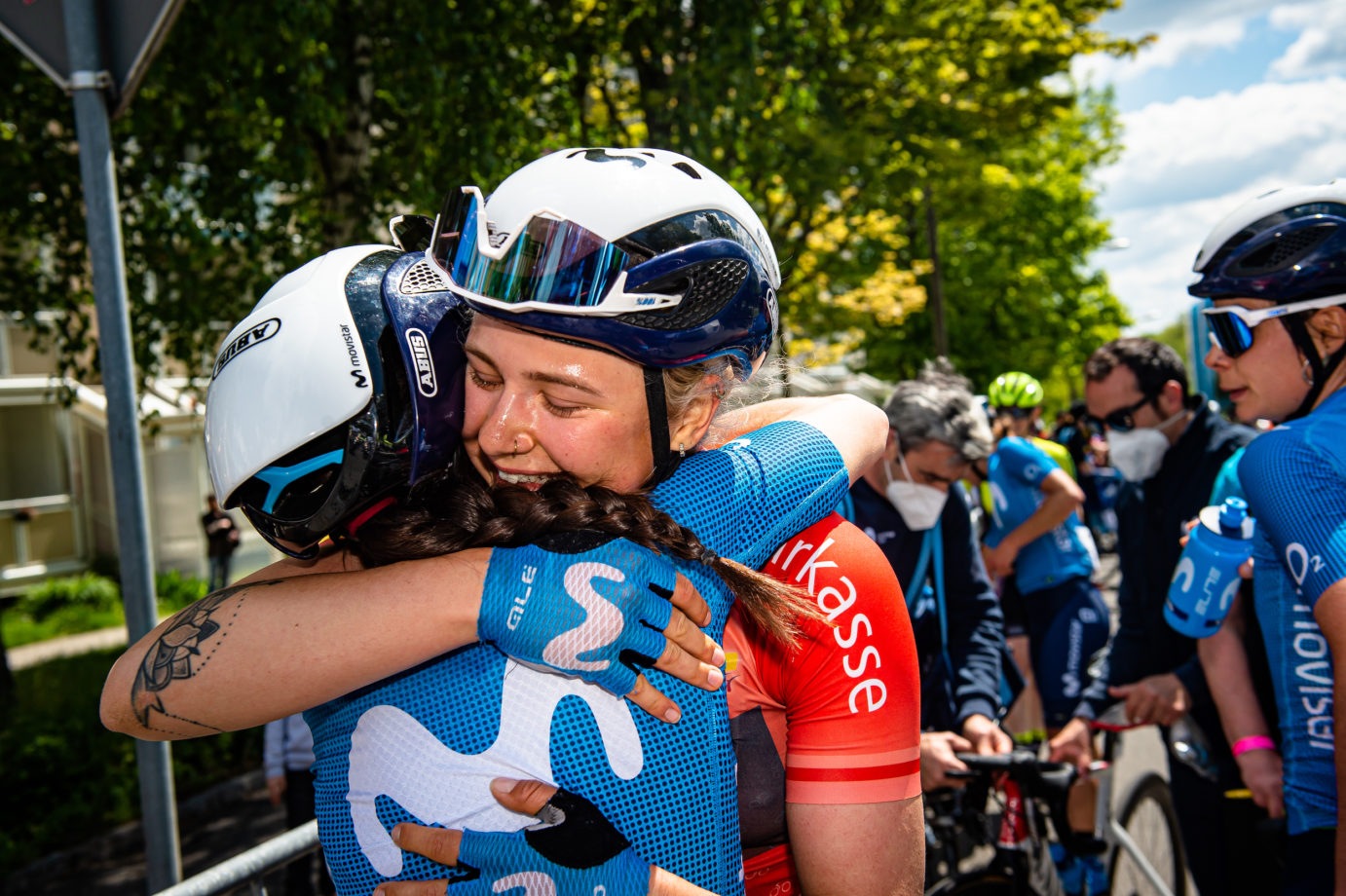 Great results for the Movistar Team in Germany

Danish champion 8th at Sunday's uphill sprint in Gotha; wins U23 jersey as she equals Lourdes Oyarbide's third spot in last edition of the race in 2019, following her stage 1 victory.

World cyclo-cross champion Lucinda Brand (TFS) claimed the overall victory in the 34th Lotto Thüringen Ladies Tour (UCI ProSeries), coming to its end on Sunday with a 97km rolling course, flatter than in previous days, and an uphill finish in Gotha. Lorena Wiebes (DSM) won the final sprint of stagerace which further reaffirmed the condition and talent of the young Emma Norsgaard (Movistar Team), 3rd overall in Germany.

The Danish road race champion bid farewell to her jersey with a fantastic performance all week, winning the U23 classification; wearing the leader’s jersey for three days through Friday’s Queen stage; always inside the top-ten at all six stages, with an eighth place -her ‘worst’ result on Sunday-, a sixth -Friday-, a third, two second spots and a brilliant victory in Schmölln on Tuesday.

Norsgaard, perfectly supported over the entire race by Biannic, Gutiérrez, Oyarbide, Teruel and Guarischi, kept the Movistar Team on the podium of the race after the 3rd spot overall, at the latest edition to date in 2019, claimed by Oyarbide herself.