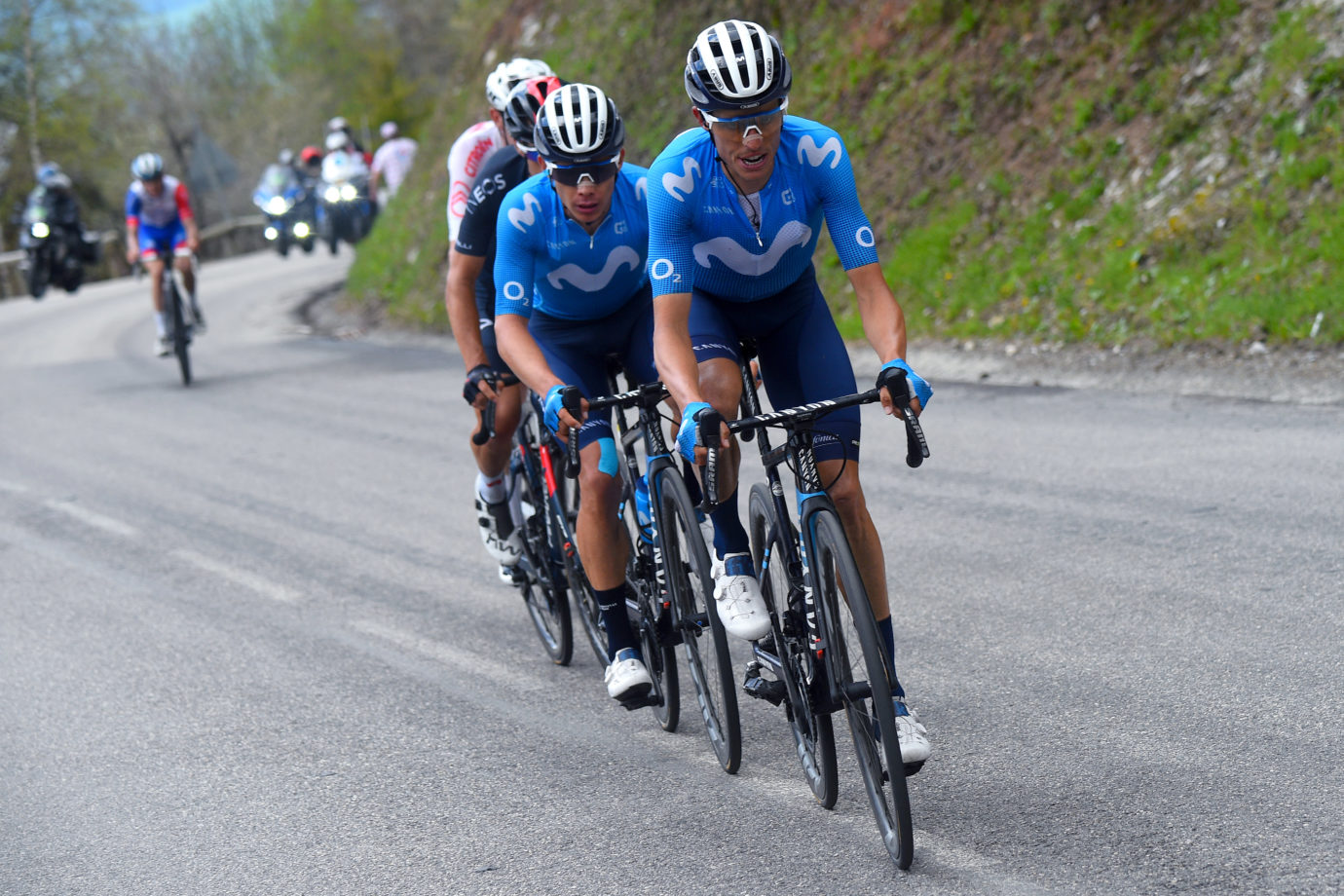 Following Alejandro Valverde’s success at Friday stage six of the 2021 Critérium du Dauphiné, the Movistar Team went all-out on Saturday to try and repeat that result with the strongest rider in the mountains, Miguel Ángel López, at the demanding stage seven, with the final climbs of Pré (HC), Cormet de Roselend (Cat-2) and La Plagne (HC). In the end, Mark Padun (TBV) claimed the day’s honours, while Richie Porte (IGD), 2nd, came ahead of the Colombian, 3rd, to become the new race leader.

At the summit of Pré, a nine-man breakaway including Jorge Arcas kept a short gap over the main field, staying away until the early slopes of La Plagne. Behind the Spaniard, his six team-mates often made the GC group’s tempo, with Erviti and Rojas leading through the early climbs; Verona picking up the pace over the first half of the final climb and even Jorge, once neutralised, giving a helping hand to the team’s leaders.

Valverde, who led López out twice before his attacks near the end of the climb, and Enric Mas, who followed a leading quartet with Padun, Porte and Kuss (TJV) and later supported Miguel Ángel right before the finish, were a great final support for ‘Superman’, now 6th overall, just 9″ off the podium and 38″ from yellow. There will be a final big chance on Tuesday in Savoie, with a big mountain route over six categorized climbs that include the legendary Col de Joux Plane (HC) before the uphill finish in Les Gets.

“We went out there with the intention of contesting the stage win. We worked well from early on, following the moves and getting Arcas up there, then picking up the pace through the climbs and, most importantly, with Alejandro and Enric in the finale, keeping the front and fighting for the win. Sometimes you take advantage and sometimes good things don’t come your way, but I think we must stay really happy with the job done today, I feel it was magnificent. There’s a really tough stage left tomorrow – it was a demanding day for everybody, so let’s see how we recover and how we can tackle that final effort.”