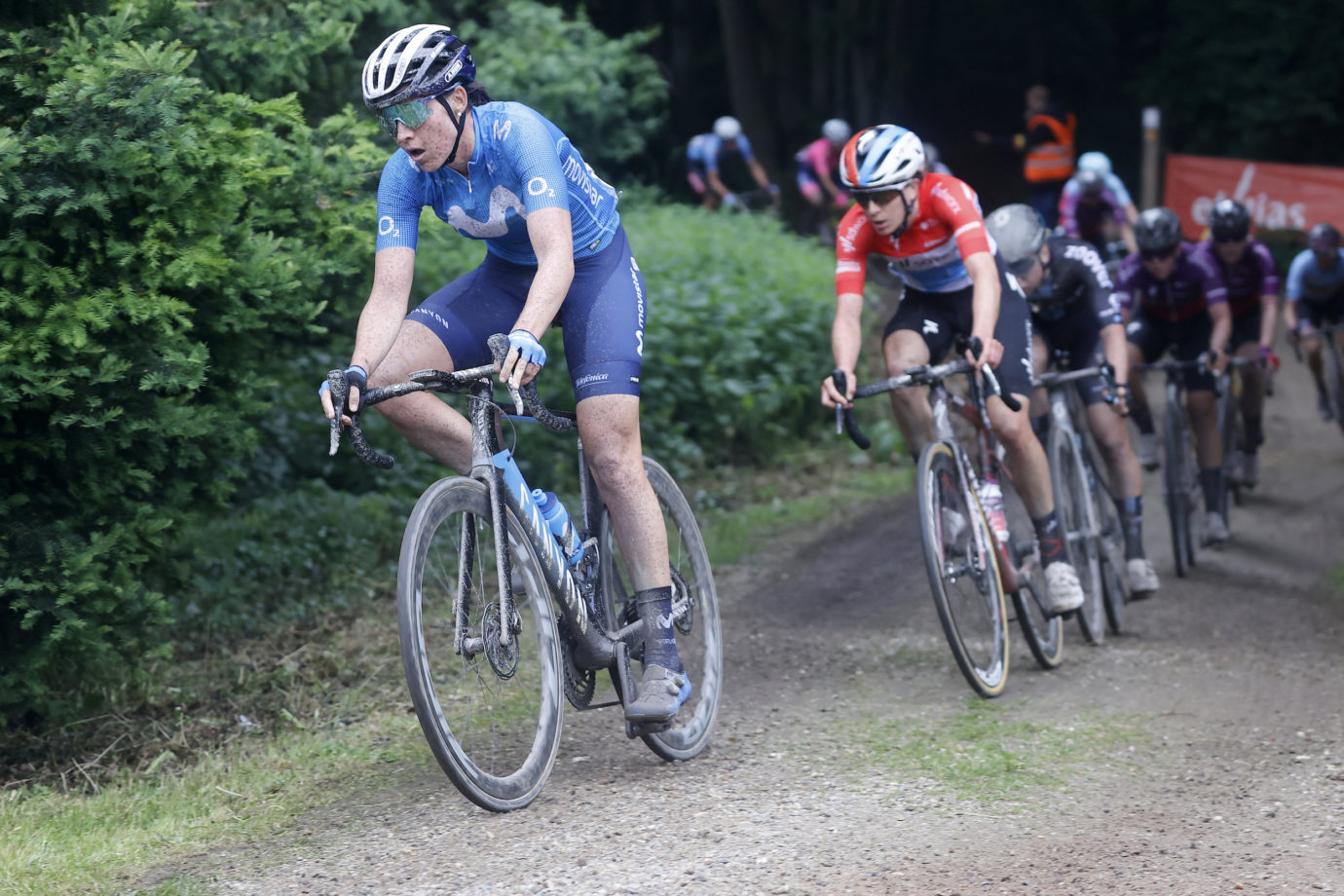 Big fight from the Blues at Flemish gravel sections

At a spectacular course, over ten long gravel sectors and a cobbled finish in the Citadel of Diest, Chantal van den Broek-Blaak (SDW) inaugurated the palmarès of Dwars door het Hageland (UCI 1.2), held on Saturday over 122km in Flanders, a region which received the Movistar Team back, following their first wins of the season in the spring classics campaign, with not so good results this time around.

Aude Biannic (11th, 43″ down on the winner) was the top performer from the Blues, a group which never stopped making efforts to make up terrain on solo escapee Blaak -the former World Champion spent the final third of the race on the move-. The big pace from Erić, Oyarbide and Teruel, as well as the support from Guarischi (15th) and González until the very end, weren’t enough, though, for the squad led by Jorge Sanz to avoid domination from SD Worx, which went after every single attempt from Aude into the final lap.

The Telefónica-backed squad will present a six-woman lineup identical to today’s at Sunday’s Dwars door de Westhoek (UCI 1.1), another race in Belgium, with a flatter, more sprinter-suited course that will mark the last Movistar Team race before the National Championships.