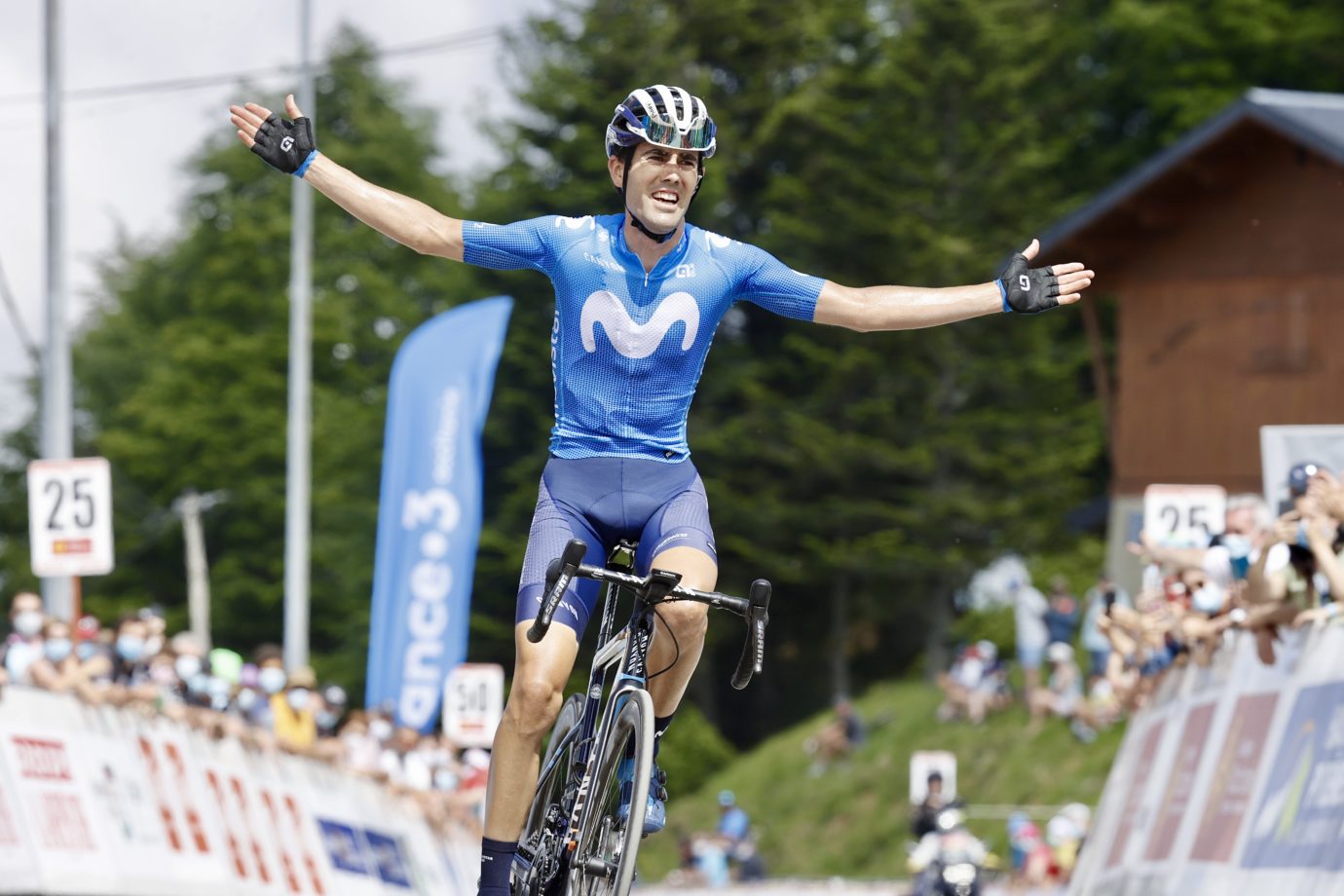 A serene, affable rider, who works for others like no one in the field, that deserved this victory more than anybody in the team. Antonio Pedrero (Movistar Team) was finally able to enjoy a victory as a WorldTour rider at the end of Saturday’s stage three in the French race Route d’Occitanie (UCI 2.1). The man from Terrassa, the strongest of the Blues over the final week of the recent Giro d’Italia with nice performances in the mountains, carried over his form from the ‘Corsa Rosa’ to beat all of his rivals on the slopes of the Col de Menté (12km at 6.5%), one of the most famous Pyrenean climbs, and raised his arms with the win at the ski station of Le Mourtis.

Calm in the peloton with his team-mate Juri Hollmann making part of the early break, while protected by his five other team-mates, Pedrero reached the second part fo the final climb into a selected peloton of a dozen rider, with Gregor Mühlberger for company. The Austrian, back into racing following a serious meningitis, was the ‘final leadout’ for Antonio’s attack with 6km to go, an unstoppable progression that saw him gaining almost one minute over his nearest rivals at the finish, Jesús Herrada (COF, 2nd) and Óscar Rodrígue (APT, 3rd).

Pedrero is of course the GC leader of the Route d’Occitanie, which will end on Sunday with another (shorter) mountain-top finish at the Château de Peyrepertuse (4.5km at 8.5%). His win is the 20th obtained by the Abarca Sports organisation in 2021 -the 10th for the men’s Movistar Team- and also makes him become the tenth Blue rider to score a victory this year. It’s the second UCI success for Antonio, following a win in 2015, right before turning a WT competitor, at the Tour de la Guadeloupe.

“I’m so, so happy with this victory. Occitanie had always been a race that I liked, ever since I came here alongside team leaders a few years ago, to support them – and being able to come here this year and take this first victory makes me so happy. It was my first stagerace since the Giro, which was really demanding for me, yet left me some good legs. During the stage, I didn’t feel as good as I could expect: sometimes it went well, sometimes I wasn’t where I wanted. However, halfway through the final climb, Gregor (Mühlberger) and I were into that final selection, I asked him to pick up the pace and I could take advantage to attack and reach the finish line. Defending this jersey? We’ll of course try! Let’s see how we plan that final stage to bring it home. I don’t think I’ve climbed to the finish, but when I suffer tomorrow I’ll probably recall that feeling (laughs)”.