Pedrero wraps up his most brilliant week with Occitanie GC win 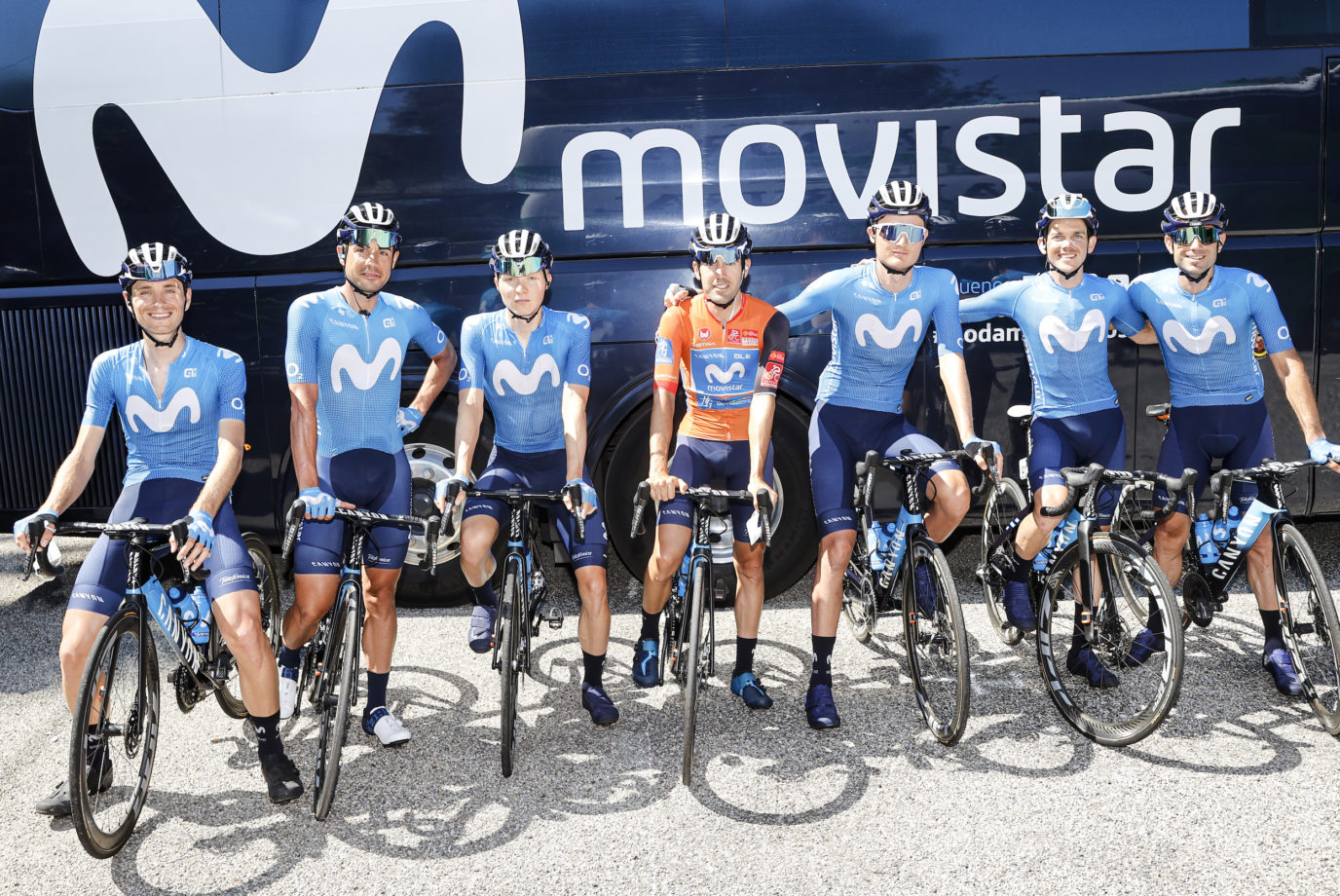 It wasn’t without hard work and suffering. Antonio Pedrero and the Movistar Team wrapped up their overal success in the 45th edition of the Route d’Occitanie (UCI 2.1) after a demanding, decisive stage four, finishing on the tough slopes of the Château de Peyrepertuse (Cat-1), where Magnus Cort (EFN) bested Brambilla (TFS) into the final meters.

All of Pedrero’s six team-mates worked excellently well all day to protect their interests. Sebastián Mora and Mathias Norsgaard kept what would become the winning break at an acceptble margin, not a threat for the GC; Iñigo Elosegui and Juri Hollmann kept the Blues into good position heading into the penultimate climb, Maury (Cat-2); and at the final climbs, Lluís Mas and Gregor Mühlberger almost finished off the job. The only late scare for Antonio, though, arrived at the last kilometer, where the more explosive Jesús Herrada (COF) and Óscar Rodríguez (APT) put about twenty seconds on Pedrero, more of a a steady-pace rider, a gap which was still too short to remove Pedrero from his leading position.

The Route d’Occitanie becomes the French race which, under its different names, has been won the most times by the Movistar Team: eight, from the earliest success with Armand de las Cuevas (1998) to the two from Alejandro Valverde (2018, 19) and today’s triumph by Pedrero. It’s the Abarca Sports organisation’s 21st win in 2021, as well as the eleventh for the men’s Movistar Team, with seven in the last 25 days.

“I’m so happy with this whole week’s racing, with the stage win from yesterday and the jersey we take home today. The main goal on this stage was keeping things under control, not letting many riders go on the breakaway and keep a close eye on who joined. After that, it was about keeping a stable gap to avoid any troubles GC-wise. To be honest, at those final 100 meters, as I was struggling a lot, I even thought I could lose the jersey, and when I crossed the line, I didn’t really know well which was the gap against the riders ahead. I was a bit doubtful about the win, but when Higinio (Fernández, team carer) told me it was just 20 seconds, I could finally breathe again.

“It was a beautiful race, with tough stages, the ones that I really like. However, I came here to help the team. I always do, I prefer to be a domestique rather than a leader, it’s not a problem for me to work for others. These days we had to defend this jersey, and having a team like this helping me out was beautiful. It wasn’t a race with big leaders, but there were strong teams, so it wasn’t really different from previous years. Next one for me? The road race of the Spanish Championships, next Sunday, and then, I think, holidays! These are the last few races for me after the Giro, and some rest will be good for me. Let’s see what the team chooses for me next and what we can do in the second half of the year.”