Soler out of Tour after stage one crash; Enric Mas within main contenders 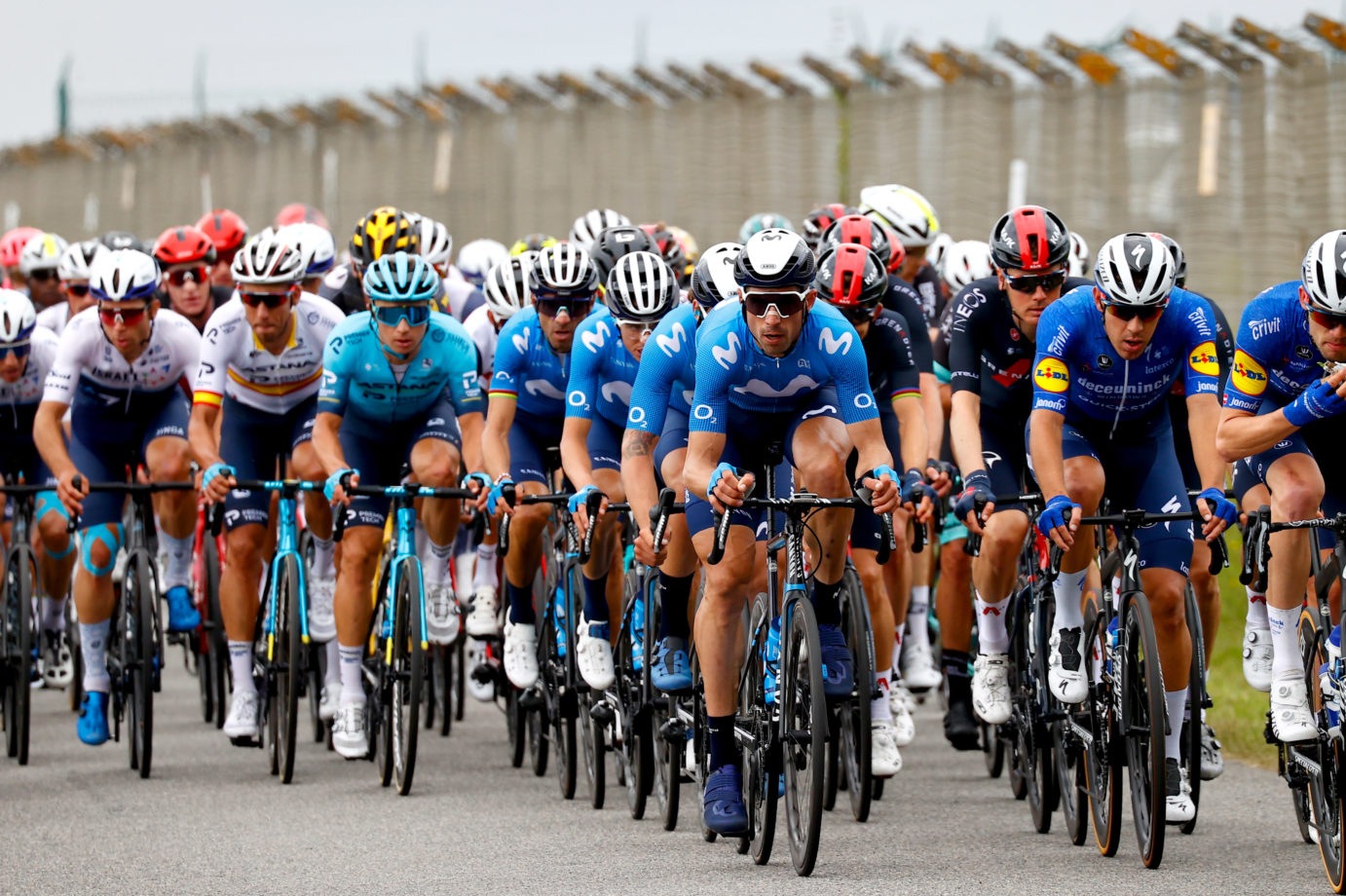 The Tour de France again honoured its macabre legend in the opening week, and day, of its 108th edition, with two serious pile-ups in the last 50km of stage one, from Brest to Landerneau, with severely reduced the field of contenders.

At the first of those crashes, caused by a spectator’s banner inside the road which a rider at the front of the bunch hit, four of the eight Movistar Team riders were affected: Arcas, Verona, López and Marc Soler. The Catalan, suffering acute pain to his right hand’s wrist, wasn’t even able to properly steer his bike, yet was still able to finish the stage, almost half an hour behind stage winner Julian Alaphilippe (DQT). Soler’s checkups after the stage revealed fractures to both arms’ radial heads and another one to his left arm’s ulnar head.

The second crash, in the approach to the final climb of the Fosse-aux-Loups (Cat-3), took down Alejandro Valverde and held up Miguel Ángel López, who finished 1’49” down as a result of the incident. Enric Mas got safely through alongside Iván García Cortina and ended into the first pursuit group, about ten seconds behind the winner, his GC chances intact.

“It was such a difficult day. The first stage of the Tour is always about avoiding crashes, with lots of stress. In my case, I always kept a good position with help from Iván, Imanol, Jorge… The whole team really helped. I was one of the last few riders able to get past the first crash, with Miguel Ángel and Marc, right behind me, then involved. It’s so awful, it was such bad luck – I hope both Marc, who seems to be suffering a lot with his wrist, and Miguel Ángel can recover time and energy. The Tour will carry on, it’s still 20 days left and it will be really hard for everybody.

“It’s such a bummer to see Miguel Ángel losing time. We came here with the intention of contesting the GC with both of us, and this is a setback. It’s not many minutes, it’s just 1’50” – even Pogacar had a deficit similar to that last year and he ended up winning the Tour. It’s bad for us, but it’s not over yet. It shouldn’t change our plans for the race; bad luck affected him today, but it could turn around at any point of the race. This is the Tour, anything can happen.

“In my case, I felt pretty well. The first day of this race is always difficult for your body, and I still got myself doing well. Another important test comes tomorrow. We will try to do well again – it’s a similar finish, yet different, with the hardest slopes into the final kilometer of the Mûr-de-Bretagne and today’s easing up at that point.”

Miguel Ángel López (courtesy EFE): “It was such a shame. I was involved in a big, big crash near the end, and also on the last pile-up. At the final crash, I didn’t go down, yet I was held up and the peloton’s speed was too high for me to bridge back. I completed the final kilometers as fast as I could. It’s still a long way left in the Tour. These situations are part of cycling, and we’ve got to keep moving forward and tackle this race with the same mentality, because there’s still 20 days left.”