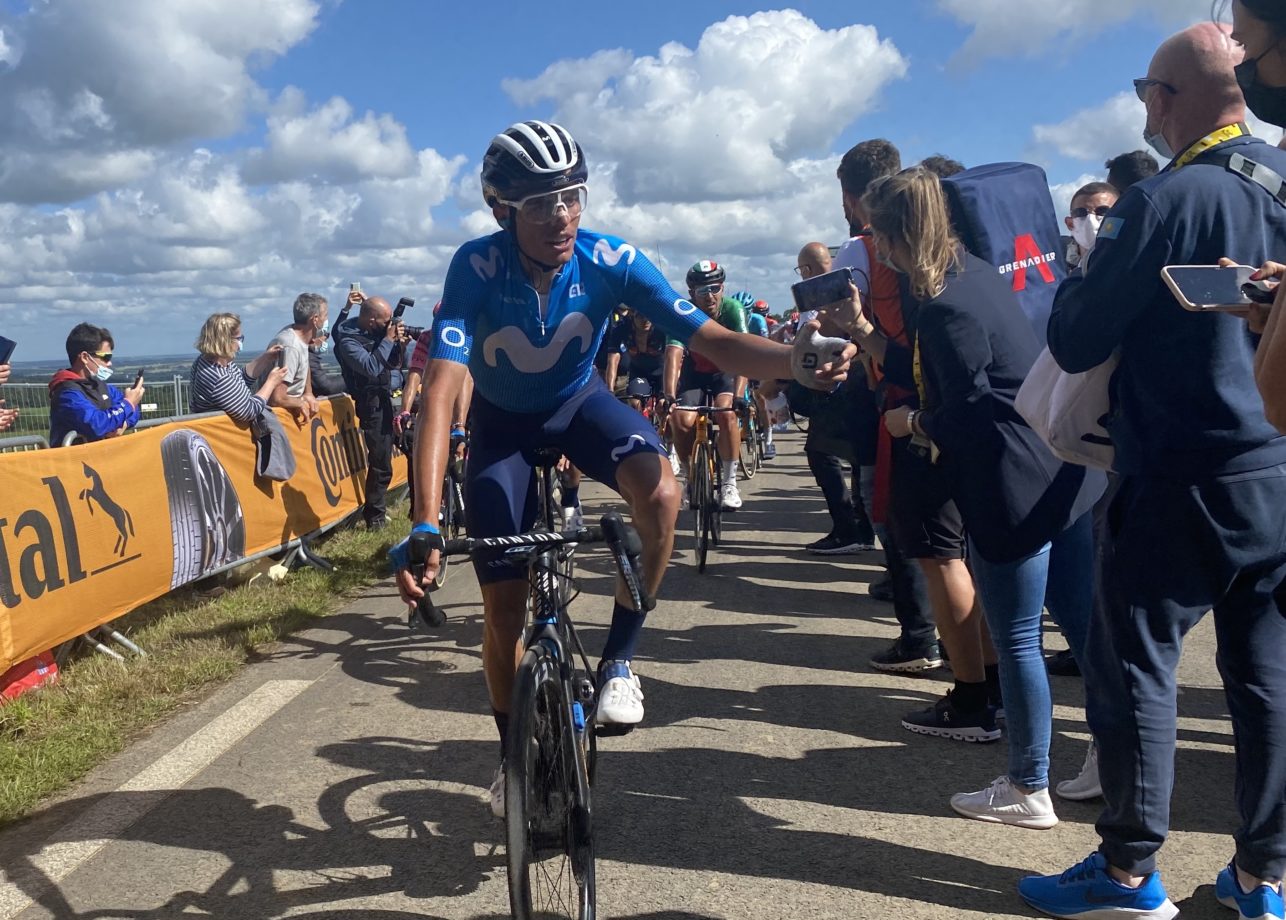 Mathieu van der Poel (AFC) honoured the memory of his grandfather, Raymond Poulidor, wearing for the first time the yellow jersey of the Tour de France with his victory in Mûr-de-Bretagne. That was the finishing place of stage two, quite more calm than the eve’s, yet not exempt from the usual stress near the end, as the Movistar Team -down to seven riders, with Marc Soler a non–starter today- behaved themselves with great order.

Arcas, Erviti and Cortina always kept Enric Mas into good position heading into the final series of climbs in the last 20km, as both the Spaniard, fellow countryman Alejandro Valverde and Miguel Ángel López showed at the front over the first Mûr ascent. Carlos Verona completed a nice job for the Blues at the fast flat section between the two climbs, keeping Enric and ‘Bala’ into the main group of favourites, 8″ down on Van der Poel and a few meters after a leading trio of GC contenders with Pogacar (UAD), Roglic (TJV) and Kelderman (BOH).

López conceded a handful of seconds -15″ with Mas’ group- and now places just over 2′ from yellow, with Enric just off the top-ten in 11th, 26″ down on Van der Poel. The ‘Grande Boucle’ will now face what is expected to be its first two sprint finishes before a crucial TT, Changé to Laval, on Wednesday.

“It was a stage like yesterday’s, yet without any crashes (smiles). It was such a hard stage, one of attrition, just like everyday on week one of the Tour de France. When it comes to the team, I think we didn’t suffer any setbacks, so on that side it was a fine day, and on my side, I felt really well on this second effort of the Tour and we’re still near the main GC guys. Let’s continue going step-by-step then!”