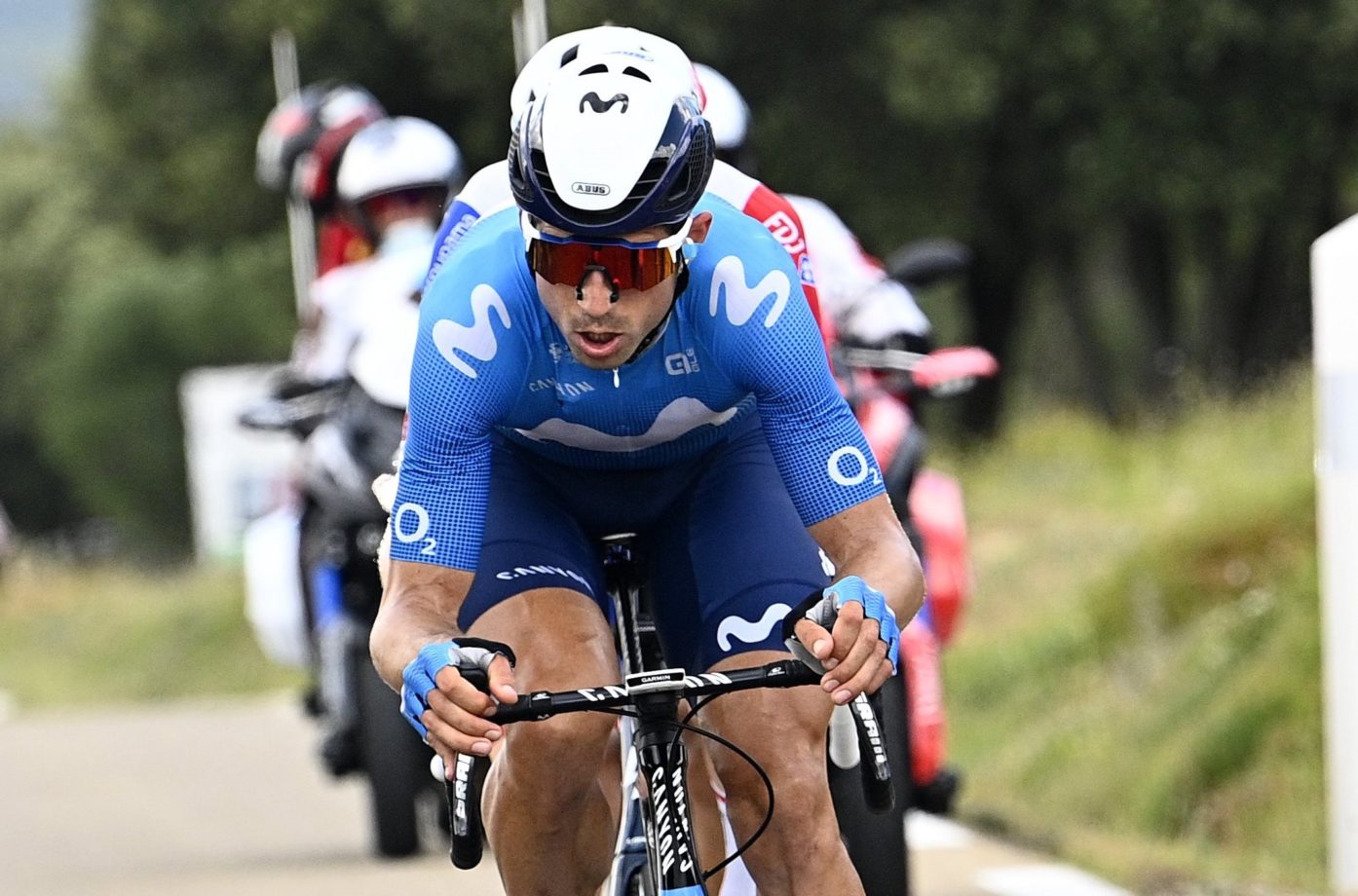 A true gentleman of the peloton, which saw a huge victory coming closer than ever to reward his impeccable trajectory. Imanol Erviti came just one step short to bringing the Movistar Team and Spanish cycling a success on Thursday’s Nîmes finish, end of stage 12 in the 2021 Tour de France, after joining the winning break of 13 riders, where he showed to be one of the strongest.

Less than 40km from the end, as the bunch calmly rode almost a quarter of an hour behind them following a stressful start -some echelons making Erviti join the front and end up into the breakaway-, Imanol was part of a further selection in the group, together with Sweeny (LTS), Politt (BOH) and Küng (GFC). As the Swiss was dropped into one of the slopes prior to the end, with Erviti’s group one minute ahead of the rest, it seemed like the three would battle it out into a sprint. However, another attack from Politt, 10km from the end, took the better from Imanol, who had to stay content with 2nd place at the pursuit group’s sprint.

The GC contenders -including Enric Mas, who remains 8th overall- didn’t suffer any setbacks, and the fight, just like it will presumably happen on Friday’s stage 13 towards Carcassonne, was other riders’ duty, just like Erviti’s brilliant effort today. Thank you, ‘Capitano’!

“We hit the post with that one (smiles). I’m sad and happy, all at the same time. For a domestique like me, contesting a stage win in the Tour doesn’t happy everyday. It was a beautiful stage and… (sigh) coming so close really hurts. I wasn’t thinking about joining the break – it just happened like that. We were looking to protect Enric against the wind, there were some moves from teams with sprinters which would normally try and keep the break under control, and once I got myself into the 13-man group, I even thought of stopping to stay with Enric and support him, because it was a tense day.

“When the attacks started at the four-man group and Küng was dropped, I just gave everything I had. I thought that, if we got through that slope, I would be able to get to the finish and sprint for the win. However, Politt’s attack – it was just about legs. I was on my limit and probably Sweeny was, too. The strongest man won, nothing to complain about. My goals after this? Of course, I’ll continue to work for the team. That’s what we came here for, and we’ll continue giving our maximum to help Enric and end this Tour on a high note.”