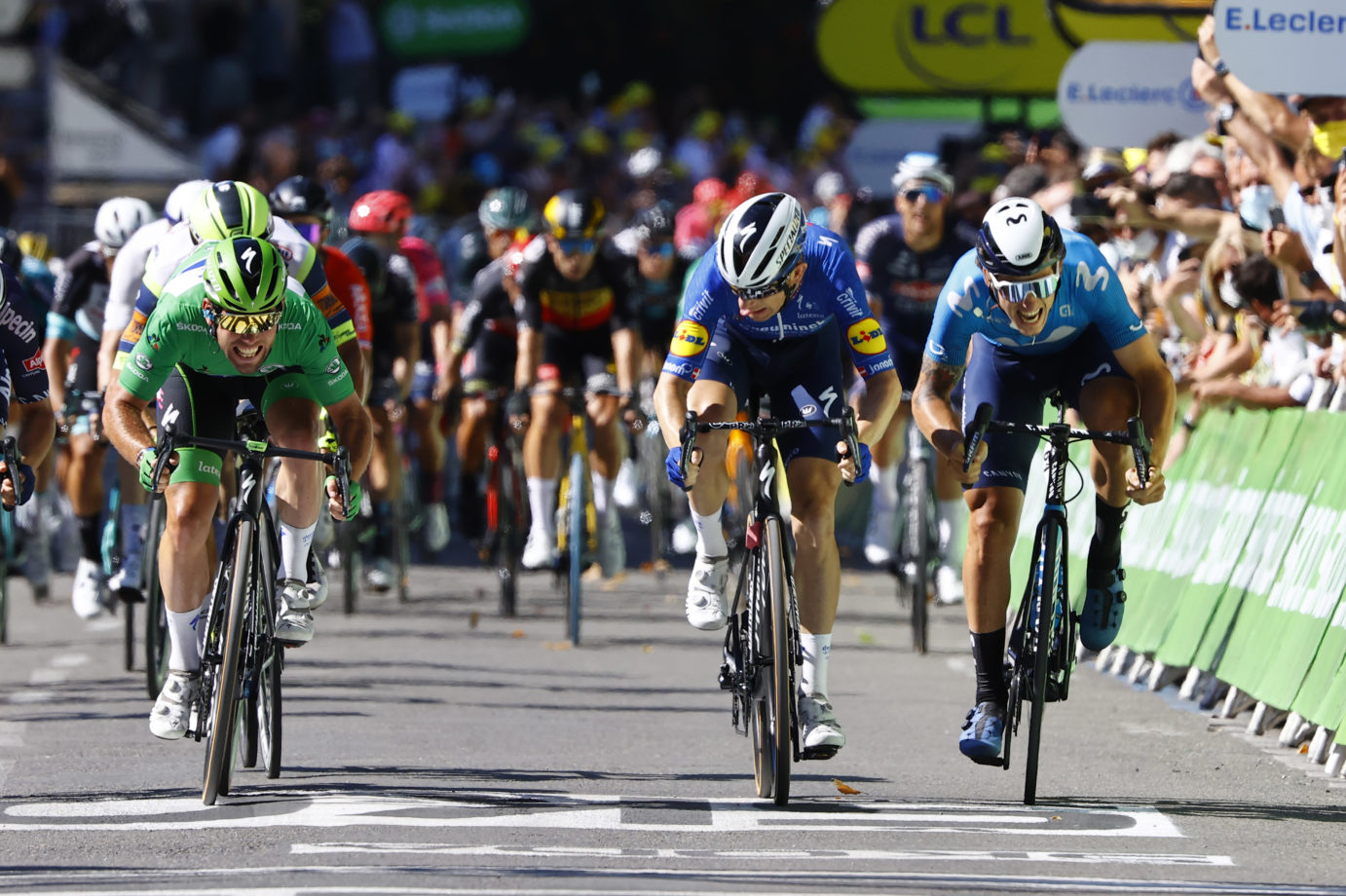 Spaniard from Movistar Team anticipated bunch sprint, comes incredibly close to maiden stage win in ‘Grande Boucle’ to crown great work from Blues in yet another nervous stage prior to Pyrenees.

In yet another crazy stage in the 2021 Tour de France, the Movistar Team again came really close to opening their victory account in this year’s ‘Grande Boucle’ with a fantastic final performance from Iván García Cortina, 4th at the uphill sprint in Carcassonne behind Cavendish (DQT) -with a record-equalling 34th stage success, now tied with Eddy Merckx-, Morkov (DQT, 2nd) and Philipsen (AFC, 3rd).

The Gijón native, involved until the very end on taking care – just like Arcas, Erviti and Valverde – of his team leader, Enric Mas, against the danger of crosswinds, took advantage from the twisty finish and a previous move from Ballerini (DQT) to jump across and make a long sprint, which was only matched by Cavendish with 25 meters remaining.

Mas –8th overall-, well protected in a day with plenty of attacks, a big pile-up -with no Movistar Team riders involved- and some splits due to the wind, will head into the ‘pre-Pyrenees- on Saturday with his team-mates at a demanding stage 14 towards Quillan (184km). Five rated ascents, including Saint-Louis (Cat-2 + Bonus) with less than 20km to go, will anticipate the long, big final mountain block of the TDF, which will properly start in Andorra on Sunday.

“This is what I had talked about with people here in the Tour during the last few days: if an open like today’s would open, I had to try and take advantage. In any case, when I came to the Tour de France I kept clear in mind that my task wasn’t this, but working for our team leaders, and also, since the Tignes stage I’m suffering with some cold due to the weather conditions from those days. I even thought of leaving the race early into today’s stage. I was nearly dropping back from the peloton as the early breakaway was forming, and thought: ‘At this pace, I won’t stay into this peloton for 220km.’ I was able to turn things around and it turned out to be a good day for me..!

“I had been working for Enric, protecting him against the wind, and to be honest, I wasn’t thinking about entering the sprint at all, yet in these last few days I’ve been up there, close to the top contenders, and if I had the chance, I had to squeeze it. My goals for the rest of the Tour? From a personal standpoint, I just want to get over this damned cold to give my 100% – hopefully there’s another chance left for me so I can profit. The morale is still high with Enric – yes, he had a bad day at the Mont Ventoux, but hopefully that 1’30” is his biggest loss in the race and things go well for him in the Pyrenees. We’ll keep fighting for him.”