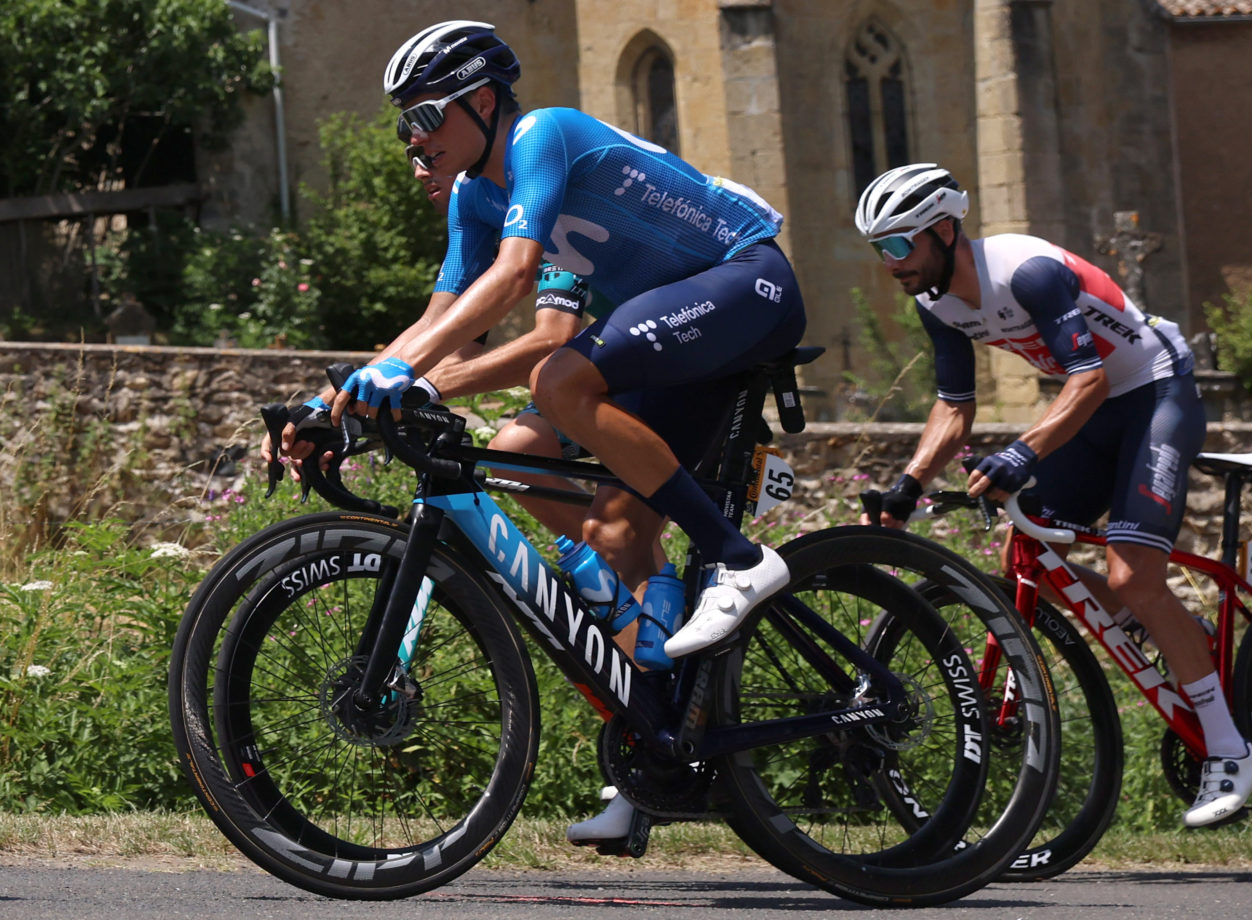 Enric Mas -now 9th overall, overtaken by one of the day’s escapees, Guillaume Martin (COF)-, Movistar Team get with no setbacks through stage fourteen, with plenty of action into the first 100km to seek for the early break. Bauke Mollema (TFS) prevails.

An explosive first half of the race and a second under tense peace – that’s how Saturday went for the Movistar Team on stage fourteen of the Tour de France, on Aude soil towards Quillan, as the GC riders’ teams stayed together before Sunday’s big first Pyrenees stage, with the climbs of Envalira (HC) and Beixalis (Cat-1) towards Andorra la Vella.

From that situation, and after 100 kilometers seeking for the early break -one which saw Bauke Mollema (TFS) taking the day’s big honours-, profited Guillaume Martin (COF) to climb onto a provisional second place overall behind Tadej Pogacar (UAD), putting five minutes on the main peloton, where Erviti and Cortina -active early on-, López, Arcas and a recovering Verona -with their coverage before the last few climbs- and Alejandro Valverde -until the end- took care of Enric Mas, now in 9th overall.

“Another really tough day on our legs! Hopefully this demanding pace we’ve been suffering gor so many days ends up favouring our chances on the third week. Martin’s breakaway? Well, it’s true that the break formed after 100km and it was the same struggle for everybody until then, but I still think they will have spent much more energy up there than us. I think everyone knows that, when you go into a group like that, you end up paying those efforts later on. I’m not meaning it will necessarily be the case with him, maybe not, yet I think that a breakaway at such terrain, even if you gain today, can harm you tomorrow or later.

“The team was excellent again today to support me, and anything can happen tomorrow. We’ll be racing through some big altitude, with Envalira at over 2,400 meters -it’s not a long stretch at that height, yet it is a really long climb-. And then, there’s Beixalis, which is so hard. Those gradients might be some of the hardest in the Tour, but there’s also Mont Ventoux, which is brutal, and after Sunday we will also be tackling the Col du Portet, which is a beast of a climb.

“I’m confident that, with the TDF being a three-week race, the demanding routes in those final days, and all the wear and tear we’ve got on our legs, we can still progress. The time to attack? It will depend on how we see our rivals, it might be tomorrow or next week. Riders will be even more tired in the next Pyrenees stages, but any day can be good.”