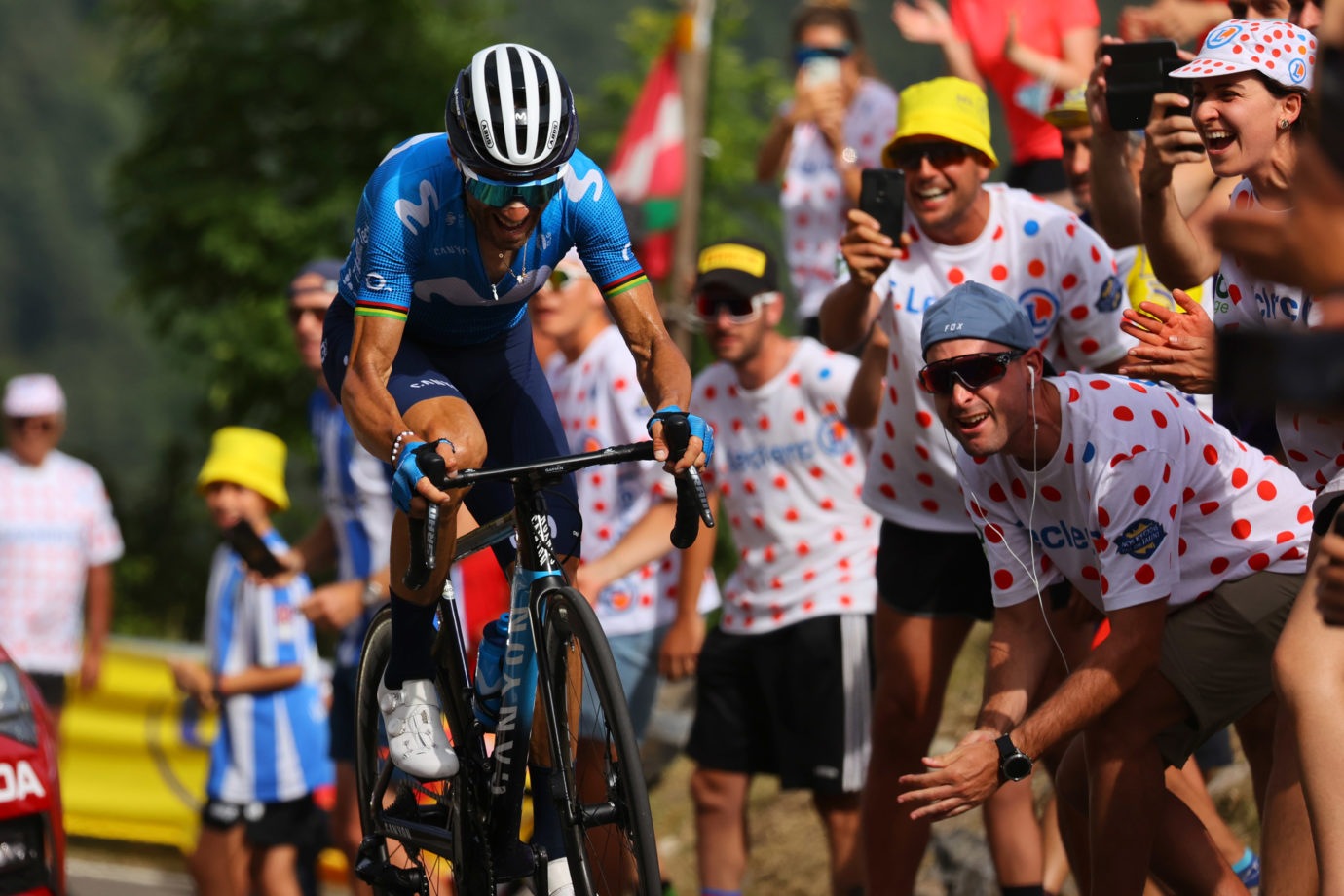 Almost nine years after his last stage victory to date in the Tour de France, Alejandro Valverde (Movistar Team) again offered cycling fans a big show of class and grit on Andorran soil, seeking, at the first Pyrenean stage of the ‘Grande Boucle -191km and four categorized climbs-, for the success the Telefónica-backed squad has long deserved.

The Spaniard chose the right move to go into the breakaway, a 23-rider split which found permission from race leader Tadej Pogacar’s UAE Team Emirates and all GC-involved squads. He later followed the right wheels at the appropriate moments, keeping splits in check at the top of the climbs and waiting for the last ascent, Beixalis (Cat-1), to deploy all of his strength. And he was the last man to stay with the unstoppable Sepp Kuss (TJV), who put about twenty seconds on the Spaniard at the hardest part of the climb and held him off through the end.

‘Bala’ thus crossed the finish line in 2nd place, leaving, in any case, an excellent impression heading into his big 2021 goal, the Tokyo Olympics, now only 13 days away. Behind, Enric Mas remained at all times -not without suffering, just like everybody!- alongside the other GC contenders and climbs onto 8th place overall, overtaking an exhausted Guillaume Martin (COF) right before the second rest day.

“We had a little bit more freedom today, we could go into the breakaway and that’s what I tried to do. Once into that move, the goal was to win – but it’s always difficult to finish it off into a group like that. Happy to finish second, but it would have had a better taste to take this one. The attack by Kuss was too hard, and bridging back with those 15-20″ was so, so difficult. He knows Beixalis perfectly, both the climb and the descent, and did it perfectly. I’ve seen myself taking a couple turns into the downhill in not the safest way and thought to myself: ‘Man, it’s good to win, but it’s more important not to crash.’ And it’s not about what’s coming up in my schedule – it was just that I didn’t want to crash. At a descent like that one, you can really hurt yourself.

“I’m happy to see Enric still doing well – there’s still all Pyrenees left in this race. I think we’re doing well as a team, after the bad luck we had with Soler crashing on day one. On a personal standpoint, we’ve got to be happy with my race so far. It was awful when I had to drop back from that breakaway, when we had almost four minutes, and not be able to contest it because I was suffering with the cold, rainy conditions – but that’s cycling. We’ll keep on fighting, the whole team, to make our fans happy!”