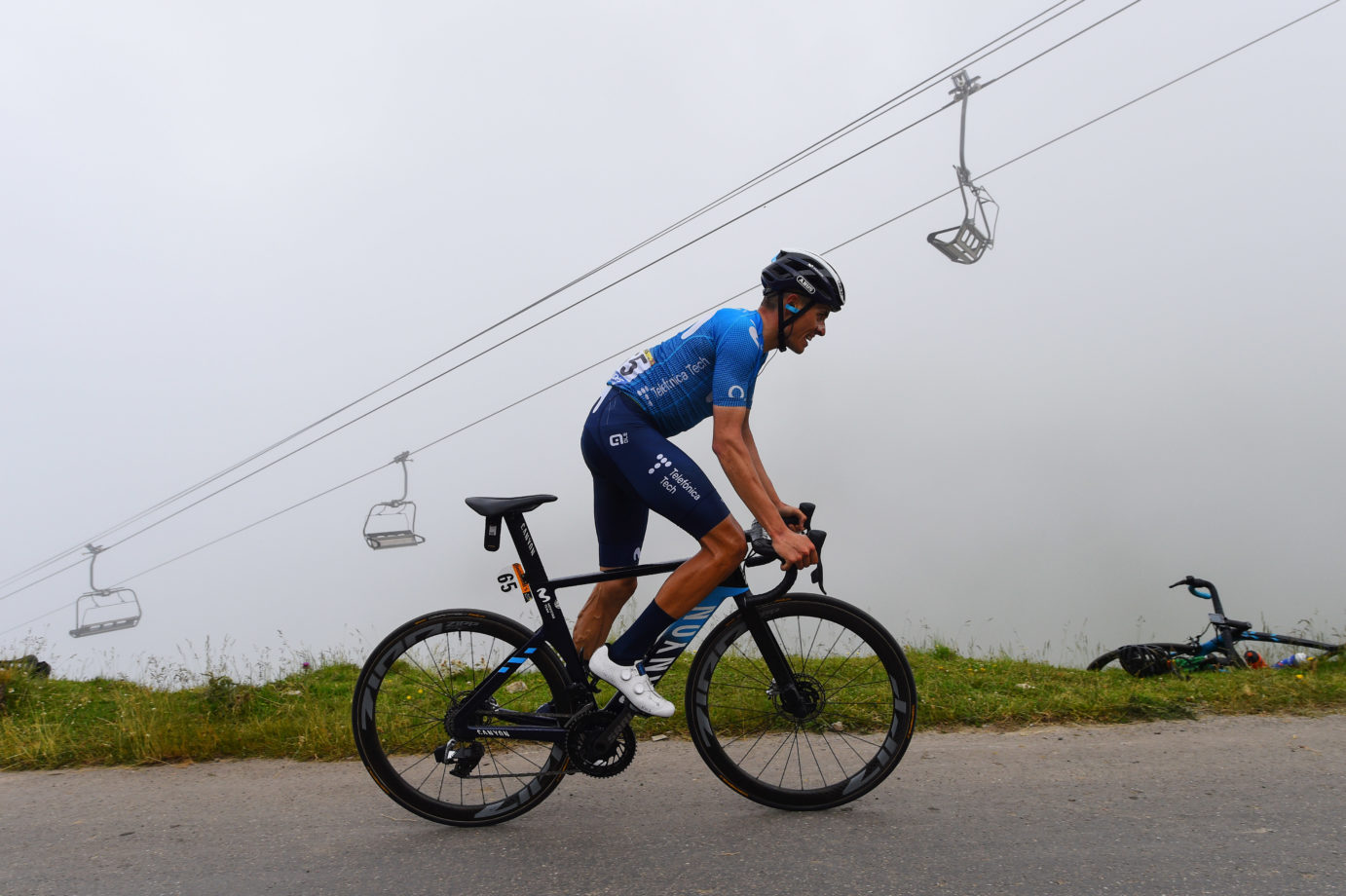 Dropped in the early part of the finishing climb, Spaniard from Movistar Team remains consistent, brave to concede just over two minutes with race leader Pogacar (UAD), sit now 4′ off the podium.

Enric Mas went through another big moment of suffering on the penultimate mountain stage of the 2021 Tour de France -a series of legendary climbs on day 17 of the race, over the cols of Peyresourde (Cat-1), Val Louron (Cat-1) and Portet (HC)-, and despite that, he didn’t lose all of his chances nor threw in the towel, staying in seventh place of the GC as race leader Tadej Pogacar (UAD) took a resounding victory.

The Slovenian bested Jonas Vingegaard (TJV) and Richard Carapaz (IGD) after splitting the favourites’ group with 8km to go, the tough, consistent pace up to that moment seeing the Movistar Team’s GC contender losing contact early into that final climb. Supported by Miguel Ángel López for a few kilometers after that, Mas made his best effort to not give up on his overall chances, as he overtook Lutsenko (APT) -which he’s now ahead of in the standings- and Martin (COF) and sought to reach back to Urán (EFN), ending up just over half a minute behind.

Mas sits now four minutes off the GC podium goal, with one ITT yet to be covered and, more importanly, Thursday’s big, final mountain stage, overcoming the Col du Tourmalet en route to Luz Ardiden in a short (129km), yet intense and race-defining day.

“A really, really hard day. It didn’t find the pace I needed at any of the climbs, I struggled the whole time. Maybe the moment when I somewhat found my legs back was actually at the last 10 kilometers, after Miguel Ángel left me there following his great job. My mission at that final section was trying to get back to Urán’s group; at some point, I got to like 20-some seconds behind them, but I ended up conceding a couple more. At that final part, even if, on an overall point of view, I couldn’t really keep up as I should have, I found better legs than those at the start of the climb – but it was such a hard day for me. There’s nothing else I could say at this point.”