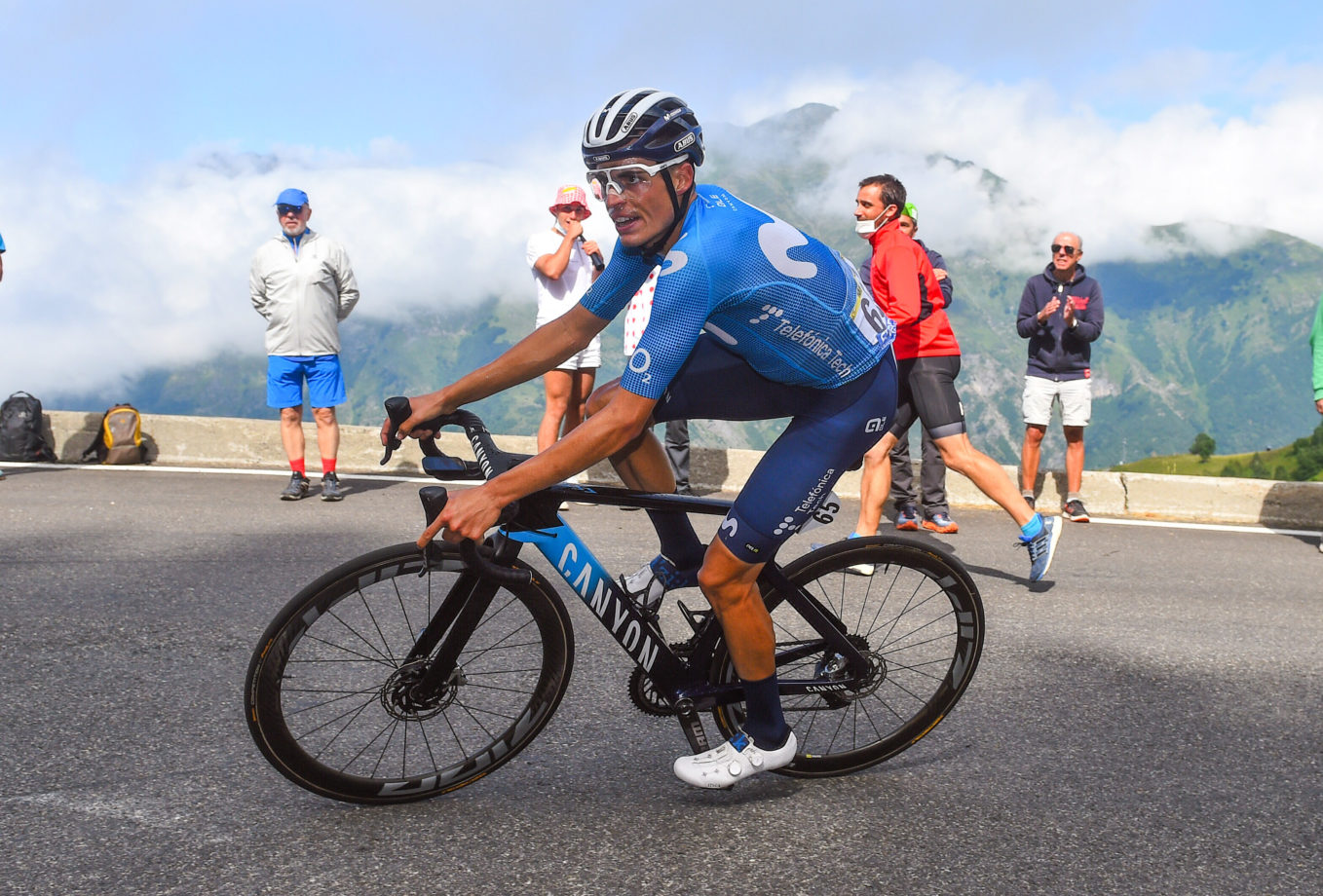 Following lots of difficulties throughout the 2021 Tour de France, where he wasn’t able to find the best condition at most times, Enric Mas (Movistar Team) will be able to carry on with the remainder of his season in good spirits after a great impression on Thursday’s Luz Ardiden climb, the last big ascent of the ‘Grande Boucle’, with his best performance so far in this race and an excellent attitude.

At a short (129km), intense stage 18, with the enormous wear and tear left by the previous ascent to the legendary Col du Tourmalet, Mas was well covered by his team-mates before the climbs and supported until the end by Valverde (10th) and López, who even went on the attack through the first climb. Putting up with the strong pace by INEOS and UAE, Enric made a luxury, four-man lead group into the last 2km, with Pogacar (UAD), Vingegaard (TJV) and Carapaz (IGD). He tried twice to leave them behind, before an irresistible move from the race leader ended his chances.

After today’s stage, Mas sits in sixth place overall, one position up due to Urán (EFN) cracking early on. Enric will, in turn, have – should time gaps stay intact tomorrow – two riders ahead as a reference for the decisive ITT in Wilco Kelderman (BOH, 5th, -1’21”) and Ben O’Connor (ACT, 4th, -1’53”) en la contrarreloj decisiva. Before that, the sprinters and breakaways specialists will look for another chance at Friday’s long (207km) stage 19 from Mourenx to Libourne.

“I think today’s result, the way I raced today, is what really shows what my level is. Sadly, the two days where I missed what I needes to be up there with the best were more important or the overall result. I tried to just stay with them in the end and then try some attacks – I think they looked at each other at some point, but as soon as Pogacar upped the pace a bit, it was clear he could come back to me and win this. I did think I could take the stage win, especially when Arrieta (DS) told me on the radio I was alone in the lead, but it wasn’t to be…

“Pogacar’s attitude going for the win? It’s just normal. His team did a huge job for him all these days, and it’s just logical that he wants to reward them with success. Other than the yellow, the more stages he could snatch, the better for him, the team and all. We came here seeking for a podium result; I’m sixth at the moment, so I can’t be satisfied. But let’s try to close out this Tour in the best possible way – there’s still some tough days left, especially the TT on Saturday – and then rest up a bit and start to work hard again before La Vuelta.”