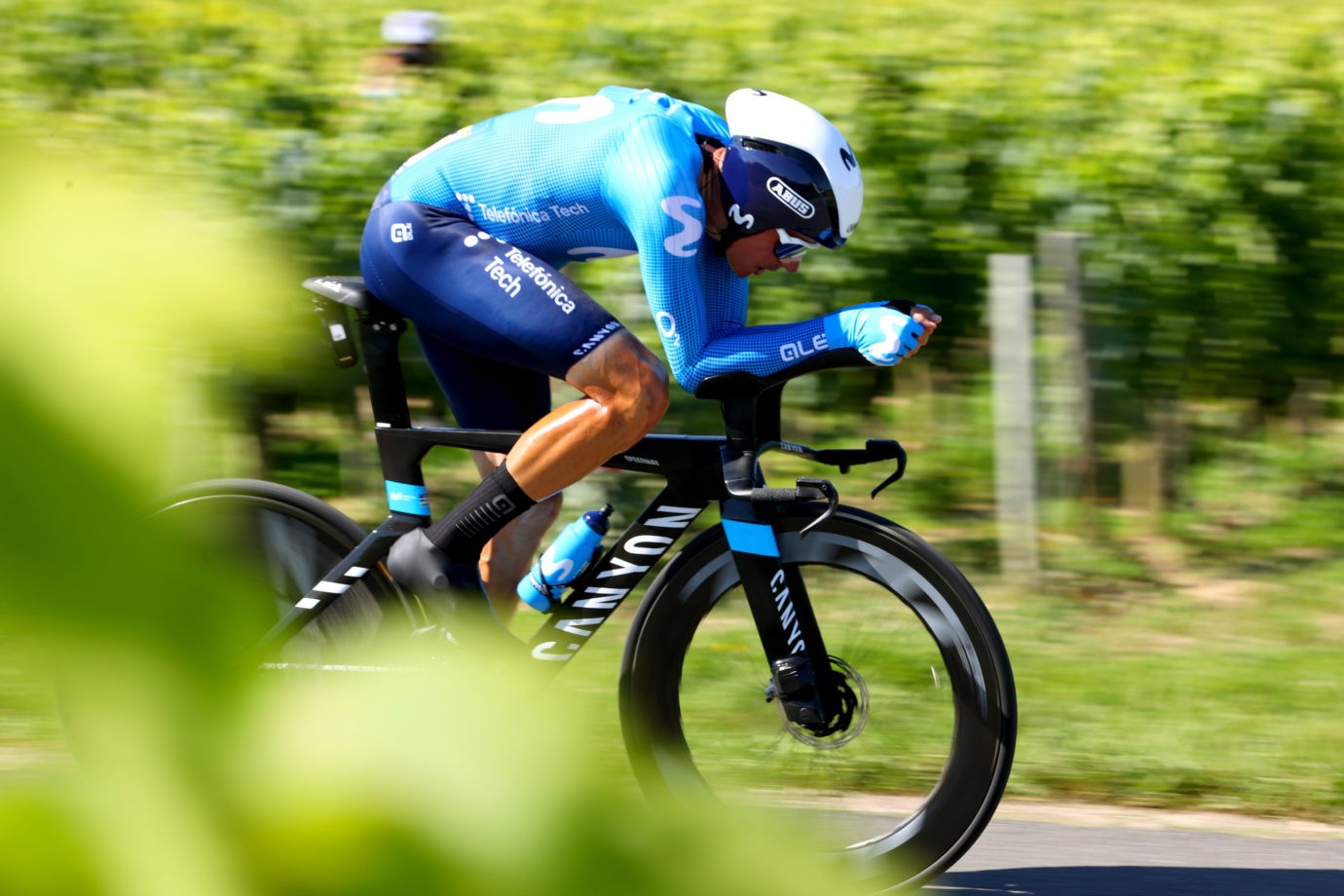 Back with a solid display on the final big day of the 2021 Tour de France, Enric Mas (Movistar Team) sealed on Saturday what will be his third consecutive top-ten finish in a three-week stagerace as he sits in 6th overall following the TT from Libourne to Saint-Émilion (30.8km), won by Wout van Aert (TJV). Tadej Pogacar (UAD) all but confirmed his second victory in the race.

With Ben O’Connor (ACT) and Wilco Kelderman (BOH) more than a minute ahead in fourth and fifth overall, the spectators’ sights with Mas soon turned towards the defence of his sixth spot against a TT specialist, Alexey Lutsenko (APT). The Spaniard, who trailed by 18″ at the first intermediate check (7km), did not concede more than a dozen seconds in the remaining twenty kilometers, a strong finish seeing him keep his place by 40″.

It was an otherwise uneventful day for Valverde, Arcas, Verona, Cortina and Erviti, the Telefónica-backed squad set to reach the French capital on Sunday with its six ‘survivors’ en route to the world’s most famous avenue, the Champs-Élysées, where a bunch sprint is, once again, the expected finish.