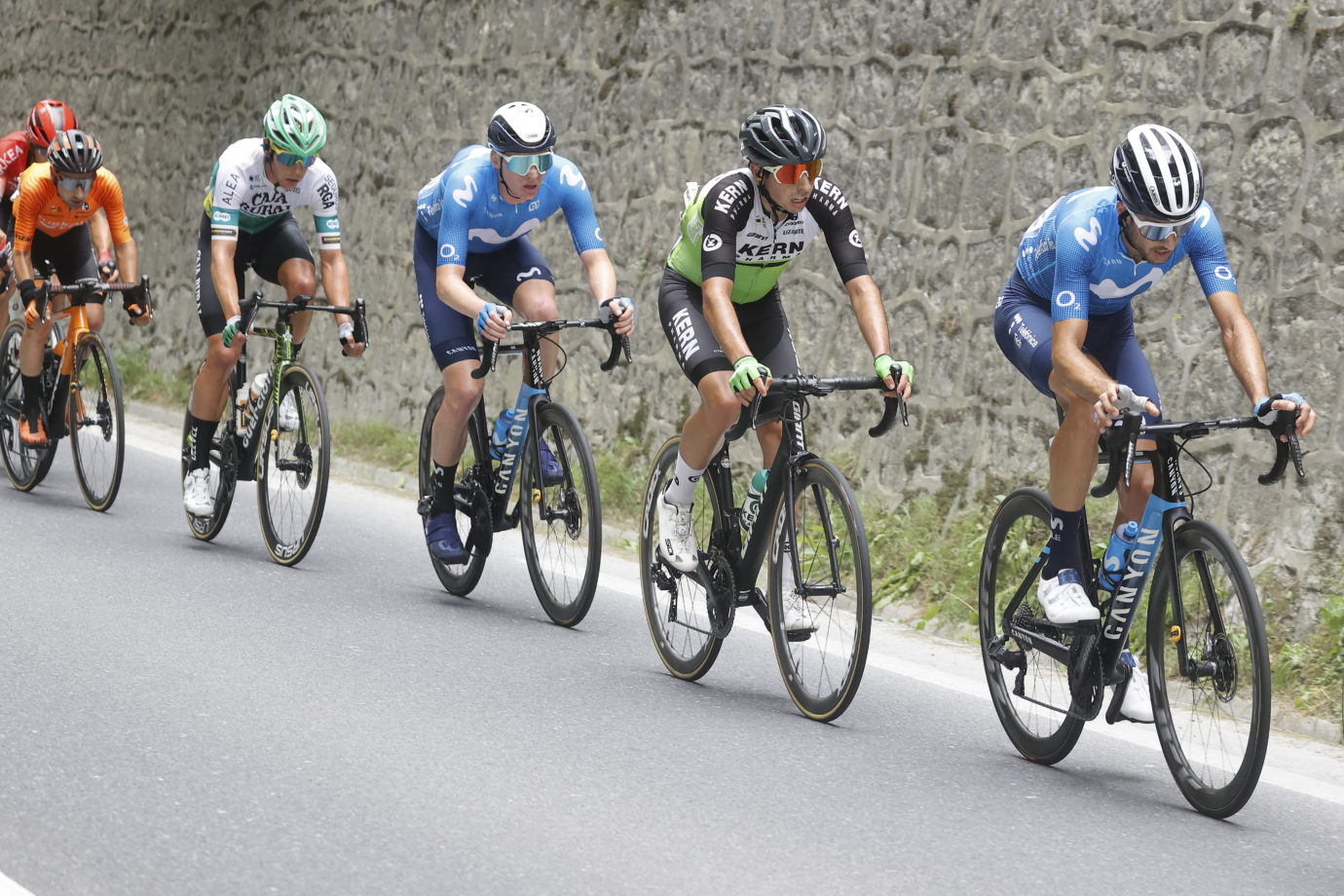 The restart of Spain’s pro cycling calendar brought a double top-ten finish for the Movistar Team at the Prueba Villafranca – Ordiziako Klasika, the oldest one-day event in our country, held on Sunday over a traditional, 165km course in Gipuzkoa with five Abaltzisketa climbs and two ascents to Altzo near the end.

At the last of the climbs, a six-man elite group left the rest of the peloton behind, with Luis León Sánchez (APT) eventually winning the sprint over Ayuso (UAD, 2nd), Adrià (EKP, 3rd) and a strong Héctor Carretero (4th). The Madrigueras native really worked hard to avoid the ‘volata’, with a couple of attacks into the last few kilometers – sadly, to no avail.

It was a combative day from the group led today by Chente García Acosta. Juan Diego Alba covered the moves into the penultimate lap; Mathias Norsgaard spent a good portion of the final lap alone at the front; and Gonzalo Serrano -eventually 7th- tried to leave the favourites behind at the last Altzo descent. Together with Serrano, José Joaquín Rojas (13th) and Matteo Jorgenson also finished inside the second group.