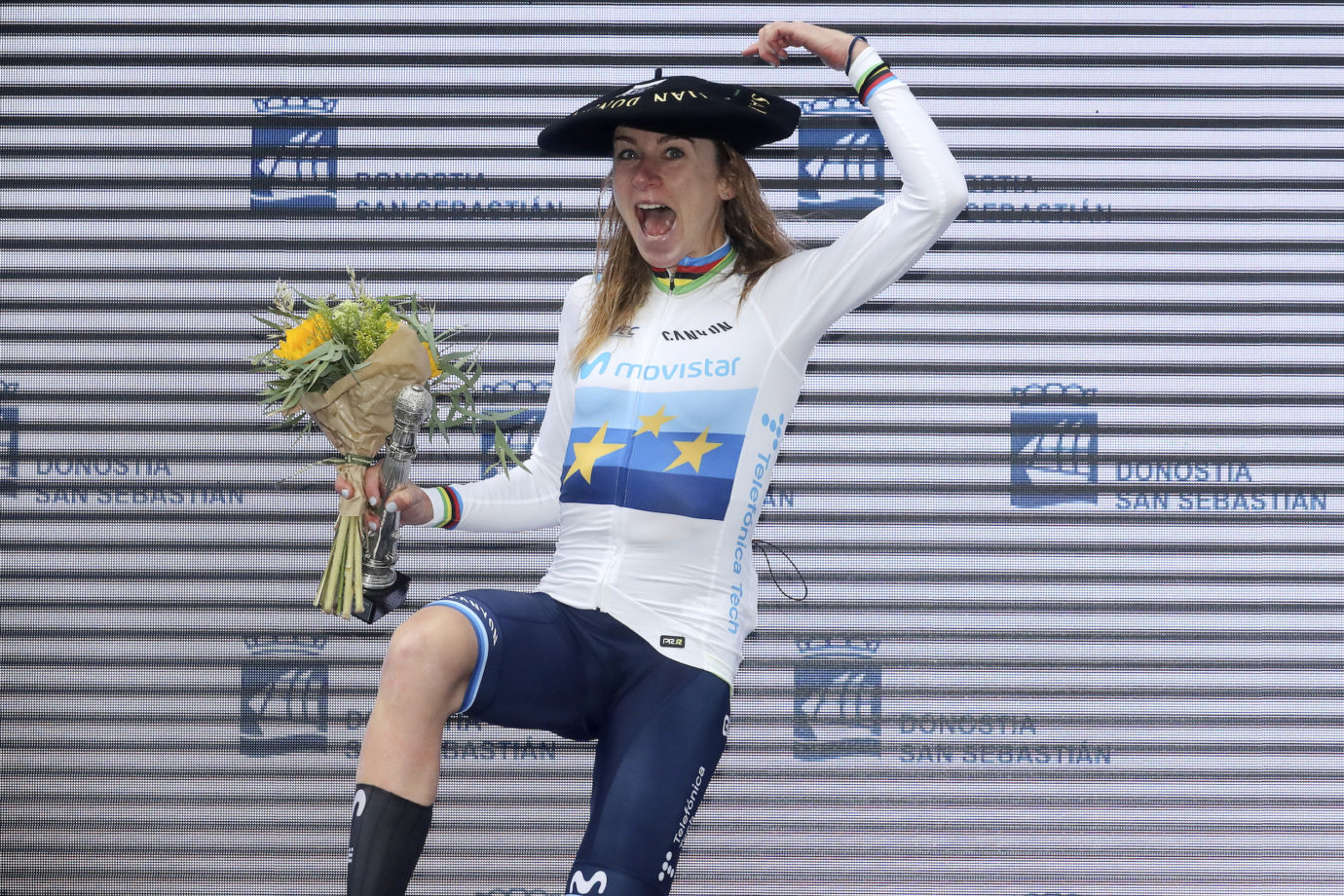 Unstoppable in the Basque Country

Only three days after notching up her second medal, and first Olympic title, at the Tokyo 2020 time trial, Annemiek van Vleuten (Movistar Team) wanted to offer her ‘Spanish family’ another moment to remember after so many days of joy this season. And together, they claimed a famous victory at the 2nd Clásica San Sebastián (UCI Women’s WorldTour), held under the Basque rain and over a tough 140km course with four categorized climbs.

At the second ascent, Jaizkibel, a dangerous, six-woman breakaway forced the Telefónica-backed squad to give their very best to chase them down. The work by Gloria Rodríguez, Sara Martín, Alicia González, Lourdes Oyarbide and Jelena Erić was crucial to reduce the 2-minute gap to a stone’s throw in barely 20km, with Martín making a big final effort to get Van Vleuten to the foot of Murgil with Cordon Ragot (TFS) on their sight. Annemiek overtook the Frenchwoman and crested the last climb (-10km) with 45″, more than enough -despite a late scare into the last downhill- to claim her seventh win this year, the women’s Movistar Team’s 16th and the 29th for the Abarca Sports organisation in 2021.

Van Vleuten, back in the lead of the WWT ranking, will now enjoy some days of rest before tackling the final part of a season she will never forget. Hartelijk bedankt, Miek!

“More than a win by me, it’s more of an amazing victory from the whole Movistar Team. The girls showed what we’re made of, and I’m so proud of their professional, committed work today. We stayed composed after that dangerous breakaway went at Jaizkibel, we came back together after the climb and did things right to bring them to a reachable distance. I was so tired and jet-lagged, I couldn’t sleep much during the last two days, but with my team working so hard, I really had to do my best to finish it off.

“So – my first ‘txapela’, finally! I always came 2nd at the Emakumeen Bira, never won it, and I was so jealous. I love the Basque Country, racing here is always nice. Racing was made harder by the rain, gaps were formed easily, and everyone raced quite well, so it really made for a hard race. Can’t be happier about what my team-mates did today.”