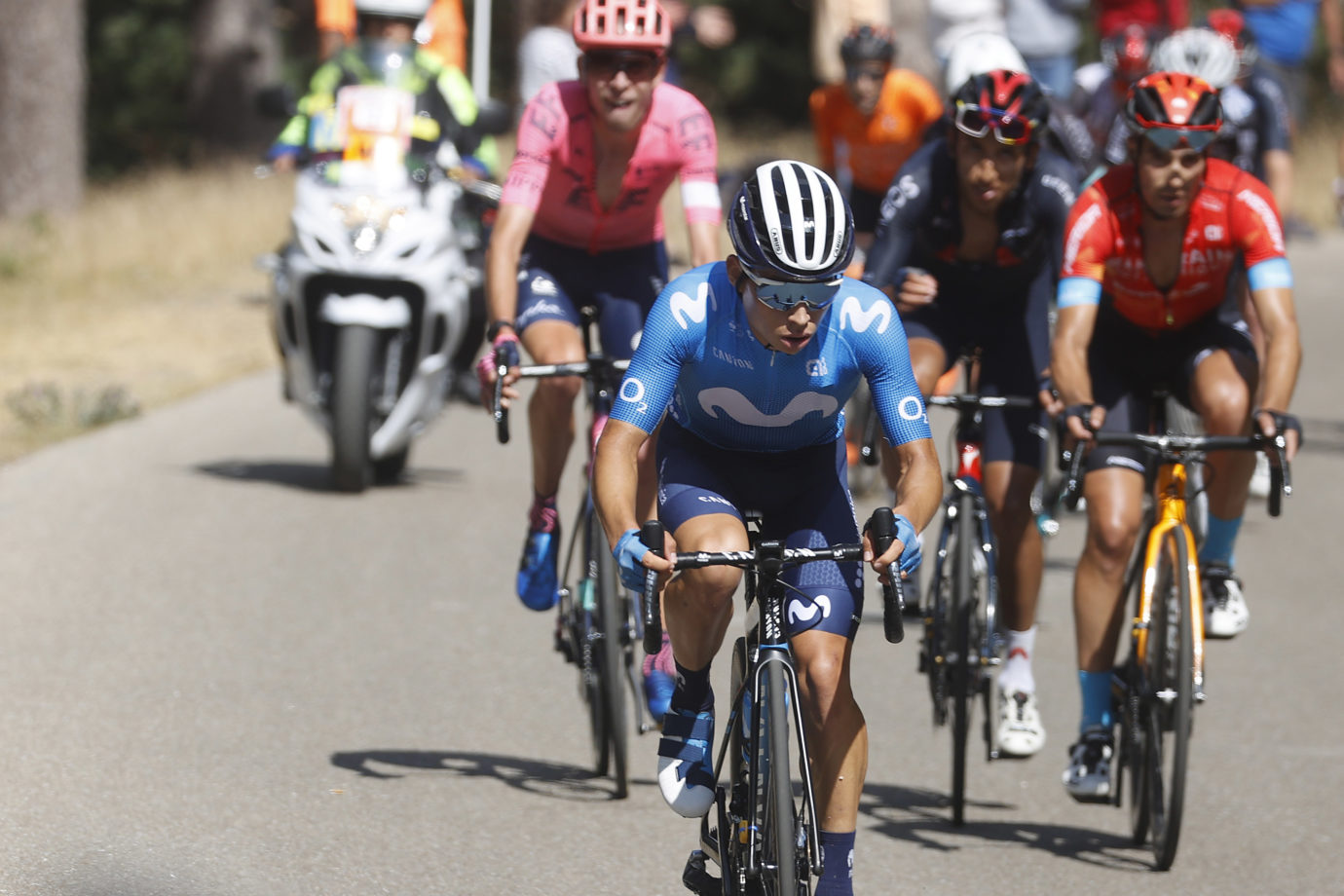 It was a great end to the 43rd Vuelta a Burgos for the Movistar Team as they spent almost the whole 146km Queen stage towards the Lagunas de Neila (HC) at the front of the race. That fact was even more significant considering they were down to five men today, with two DNSs from injured Gregor Mühlberger and Nelson Oliveira.

The Blues’ protagonism started with Johan Jacobs’ early attacks and, most notably, Gonzalo Serrano joining a strong, six-man breakaway. The favourites’ peloton could only bring the group back with 3km from the finish, partly due to the strong pace and attacks from the Spaniard, the Telefónica-backed squad’s best performer this week with 2nd atop the Castillo + a day in the GC lead.

The baton was taken by a fantastic Einer Rubio, able to keep up, or even leave behind, the likes of Bernal (IGD), Landa (TBV) and Yates (BEX), before Hugh Carthy (EFN) was the only rider able to beat him over the line. The Colombian’s great performance took him to 7th overall, as best under-26 rider in the race, just 15″ off the podium.

“I’m really happy about today. I just missed on that win, Carthy was a bit stronger today and he showed up at the final 150 metres and I wasn’t able to keep up with him. Despite that, I’m satisfied with the result, because I’m really starting to get to where I want to be. The team relied on me to get a result today, and they basically brought me to the final climb without me having to take care of anything, so I only had to focus on keeping the hard pace into the ascent. I felt really well, my sports directores have told me and showed me all I needed to keep up, and I think I did what I needed to have a shot at the victory – and that’s the final result. As I’m said, I’m overall happy.”