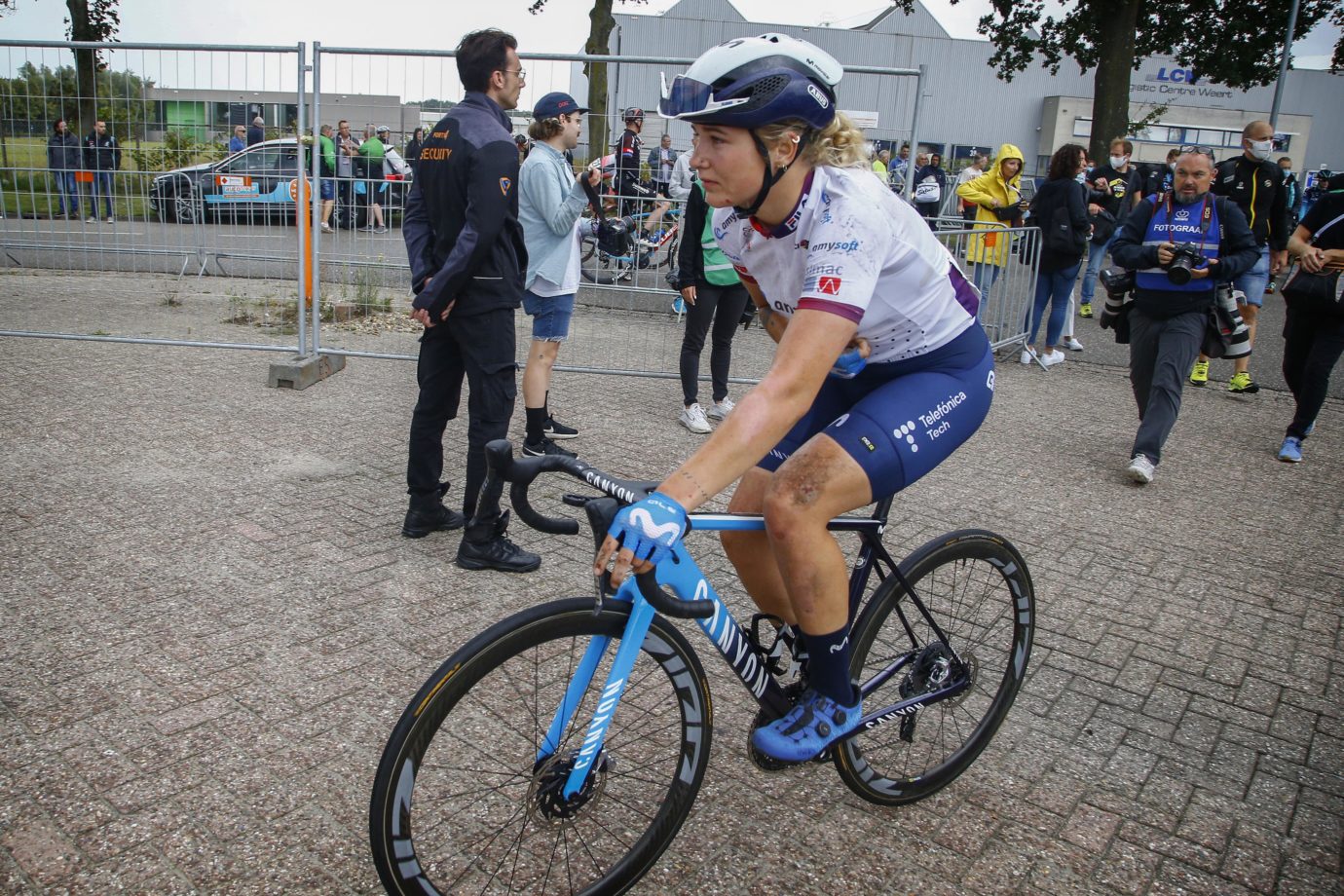 The 2021 Simac Ladies Tour has been literally turned upside down on Friday after a terrible pile-up, six kilometers from the finish in Weert, tore the peloton into pieces at a dangerous, technical circuit on stage three (120km from Stamproy).

The incident, caused by a road narrowing as the peloton fought for position before the sprint, took down most of the Movistar Team riders. The rider most hit by the crash was Emma Norsgaard, who suffered significant hits to her chest and ribs, yet apparently won’t require more checkups, rather than some rest. Also.Jelena Erić suffered a deep blow to her lumbar area after falling on her back, while Barbara Guarischi had some cuts and bruises to her wrist, with no fractures.

Lonneke Uneken (SDW) took the stage win from a group of only six riders able to avoid the crash, while Marlen Reusser (ALE) retained the leader’s jersey by ten seconds. Saturday’s stage four will see the peloton battling back on the penultimate day in the Netherlands, with 149km and slightly hillier roads around Sweikhuizen.