López loyal to his style, on the attack at Pico Villuercas 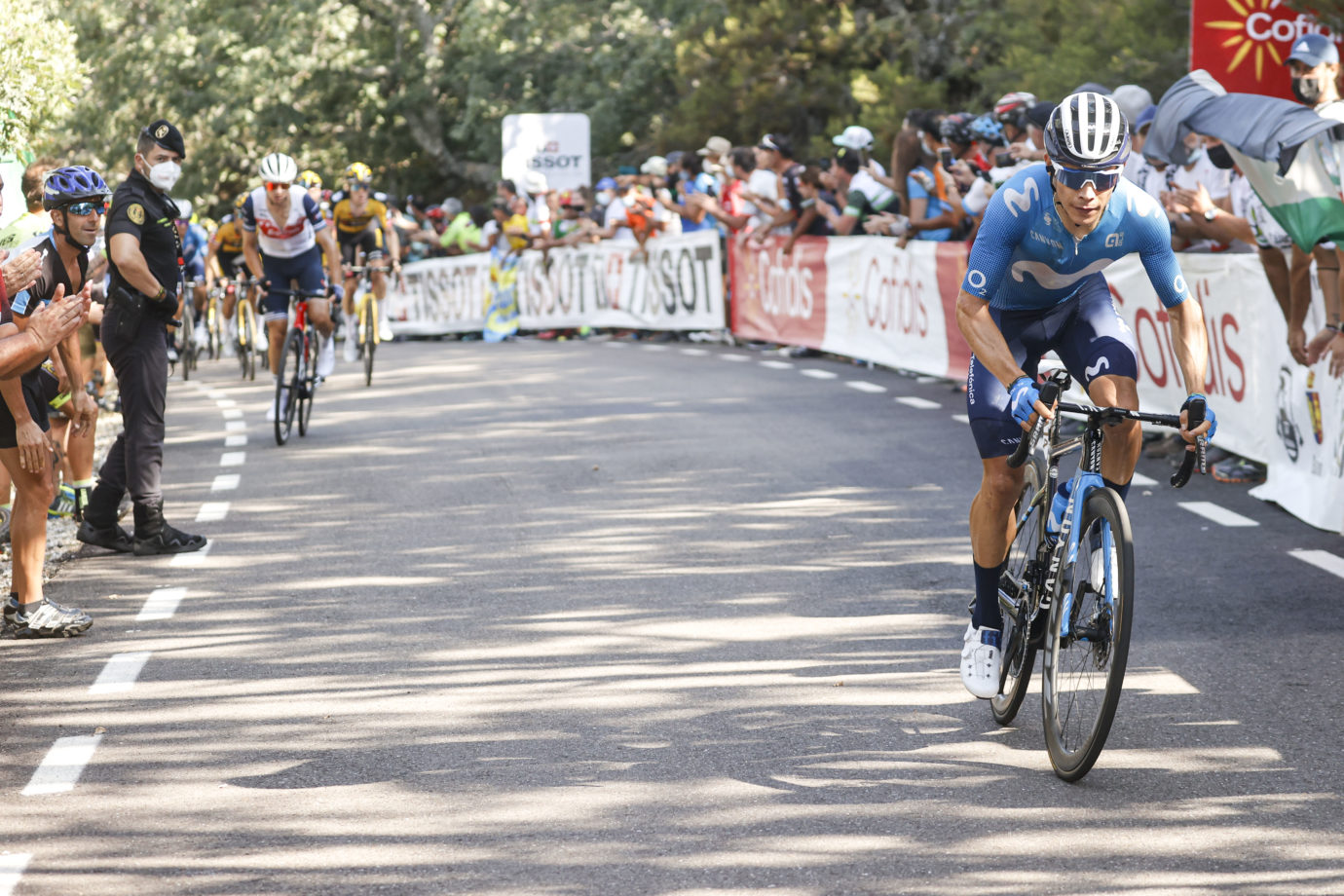 Avoiding day of no activity between the GC contenders, Colombian from Movistar Team leaves group behind, takes good sensations and a handful of seconds home. Overall standings intact, with Enric Mas in 4th, Miguel Ángel 5th.

It was really close for the new climb of Pico Villuercas (Cat-1) to become a void battle between the main GC contenders on stage 14 of La Vuelta -with Bardet (DSM) taking the day’s honours from the early, 18-man breakaway-. However, Miguel Ángel López (Movistar Team) spiced things up into the main peloton and confirmed his good condition heading into a final third of La Vuelta with no less than four mountainous days.

The Colombian attacked with 3km from the finish and quickly ammassed a 20″ gap over the favourites, which only a final acceleration from Roglic (TJV) -joined by Enric Mas, as well as Bernal (IGD) and Haig (TBV)- reduced to 4″ over the finish line. The GC thus remains almost intact, with Eiking (IWG) in the lead, Enric in fourth and Miguel Ángel in fifth.

“We had to try, our terrain was coming and it was important to see how our condition stood, how our legs were. For the moment, it’s all fine – it’s been just a few seconds, but the good feelings are the best thing I take from today’s finish. At some point I was gaining 20 seconds on the other favourites, though there were some strong headwinds near the end and it was hard to keep that gap stable while riding alone. I think I did well, and there’s some more mountains coming up.

“(Asked about the lack of attacks) I can’t really tell if people were consciously conservative or not, but we must keep in mind that the wear and tear of the race is starting to feel. There’s been some days, especially the last few ones, where the break was only let go after 70, 80 or even 100 kilometers, with the first half of the stage at full speed. That, combined with the heat – which is the same for everyone – has added more fatigue. As I said, we’re happy with how things stand after yet another tough day, and there’s some beautiful routes for us coming in the next few stages.”