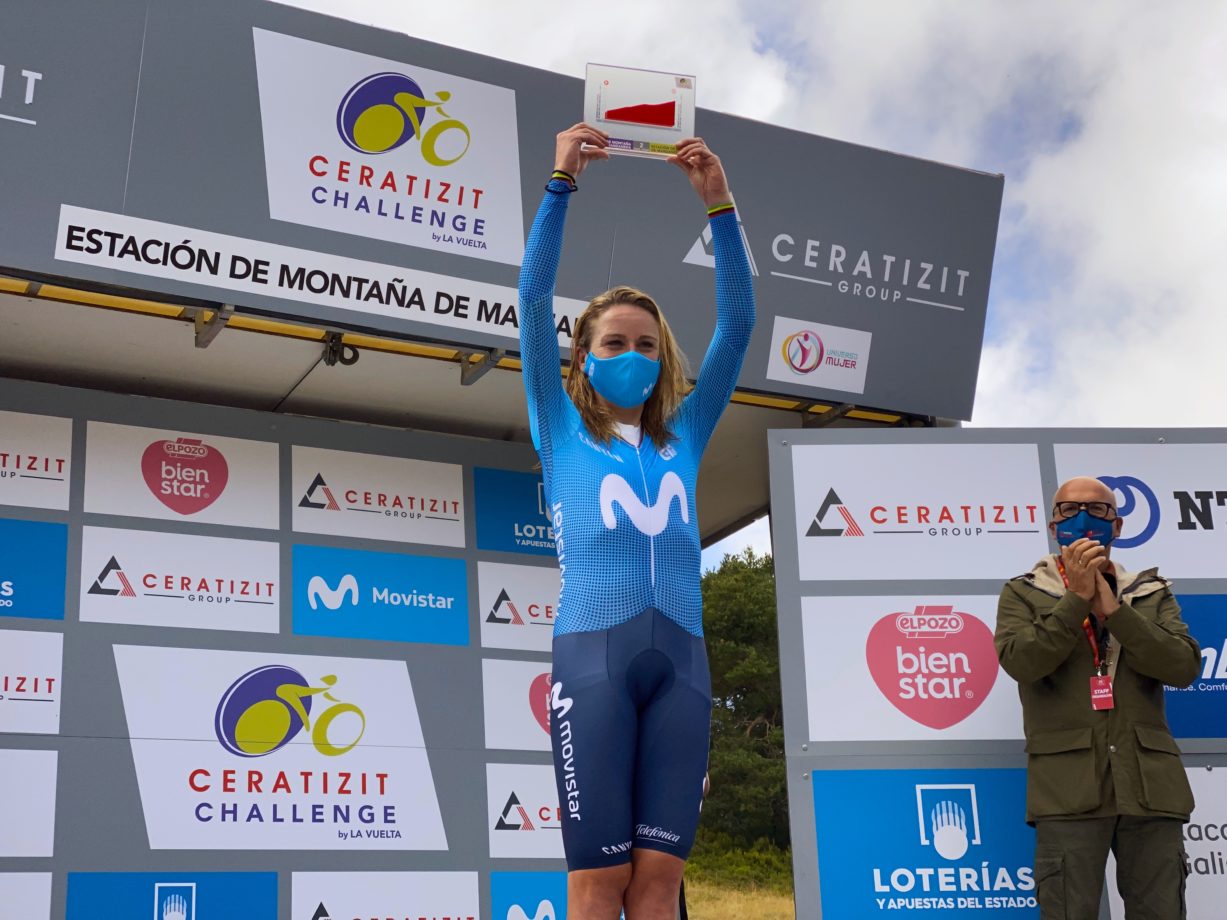 Annemiek van Vleuten never ceases to amaze her fans. The great leader of the Movistar Team took her 10th victory of the 2021 season, and the Telefónica-backed squad’s 33rd success so far this year, as she made her favourite role count to win the stage two mountain TT of the Challenge by La Vuelta, a 7.3km time trial in Ourense’s Estación de Montaña de Manzaneda.

The Olympic champion had to wait for almost one hour on the ‘hotseat’, today’s effort marking her first outing on the Canyon Speedmax since her victory in Tokyo a month ago. The 19’08” time from the Dutchwoman at the finish was almost one minute faster than team-mate Leah Thomas’ -the Californian would take a very nice 5th place-, and only Kristen Faulkner (TIB, 4th); Marta Cavalli (FDJ, 3rd); and race leader and Swiss champion Marlen Reusser (ALE), 2nd at 19″, were able to even dream of closing in on Miek’s time. The Blue rider is now in 3rd overall, a minute and a half behind Reusser.

The Galician race is still two days away from Sunday’s finish in Santiago de Compostela. Saturday will see the peloton take on a very hilly stages three, over 108km towards Pereiro de Aguiar, featuring the categorized climbs of Cerdeira (Cat-3) and A Lama (Cat-2) and no flat in between. The perfect terrain to keep on battling…

“It’s a good feeling. It’s nice to win a stage, and also winning this TT on my Canyon bike from Tokyo makes me extra happy. It’s been nice to catch up with my Tokyo bike after some really nice moments in japan. I ended up choosing the TT bike – we weren’t so sure, because it was a little bit as fast on the road bike as on the TT one, yet I picked the TT one because I’ve spent so many training rides on it, so I’m happy that choice ended up being a winning one.

“After yesterday, I already knew it would be really hard with Marlen Reusser, being in really good form and with a two-minute advance. On the other hand, I’m super excited about tomorrow, because I don’t like defending. I struggle when I have to use that defending attitude in stageraces. In my heart, I’m an attacker, I don’t like racing conservatively. I’ve got nothing to lose tomorrow and lots to win. I just hope other teams think like that, so we won’t give it as a present to Marlen Reusser, make things hard for her to win and offer a good show for people watching on TV tomorrow.”