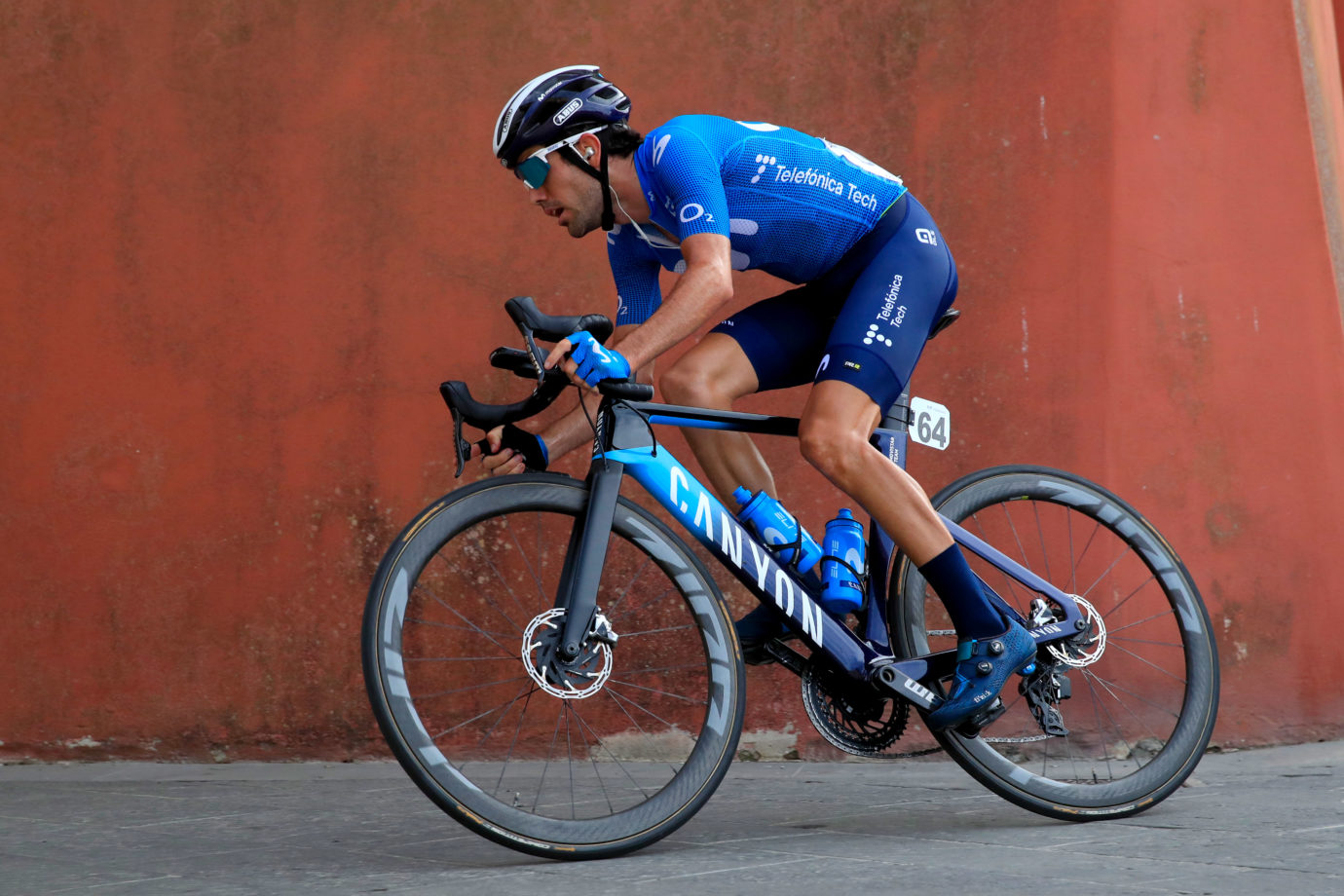 Antonio Pedrero (Movistar Team) showed again his class and tenacity in arguably his best pro season, claiming a very decent result into a race not suited to his pure-climber abilities: the Coppa Sabatini (UCI ProSeries), an Italian semi-classic held on Thursday over a hilly circuit around Peccioli, Tuscany.

The Catalan climber got himself, after one of numerous climbs to Piazza del Popolo, into a 15-man group, later reduced to eight members with most favourites in, against which a real pursuit was never organized, the peloton always trailing by around 1’30” until the very finish.

The effort to join the decisive break took, however, the better of Pedrero, who wasn’t able to take any turns into the final lap and was dropped against more explosive riders on the decisive slope. Dane Michael Valgren Hundahl (EFN) ended up repeating his win from the eve’s Giro della Toscana against European champion Sonny Colbrelli (TBV).

The Movistar Team, here directed by Maximilian Sciandri, was still able to claim their second top-ten result in as many races in Italy this week, a tournée they will continue in Romagna with Saturday’s Memorial Marco Pantani.