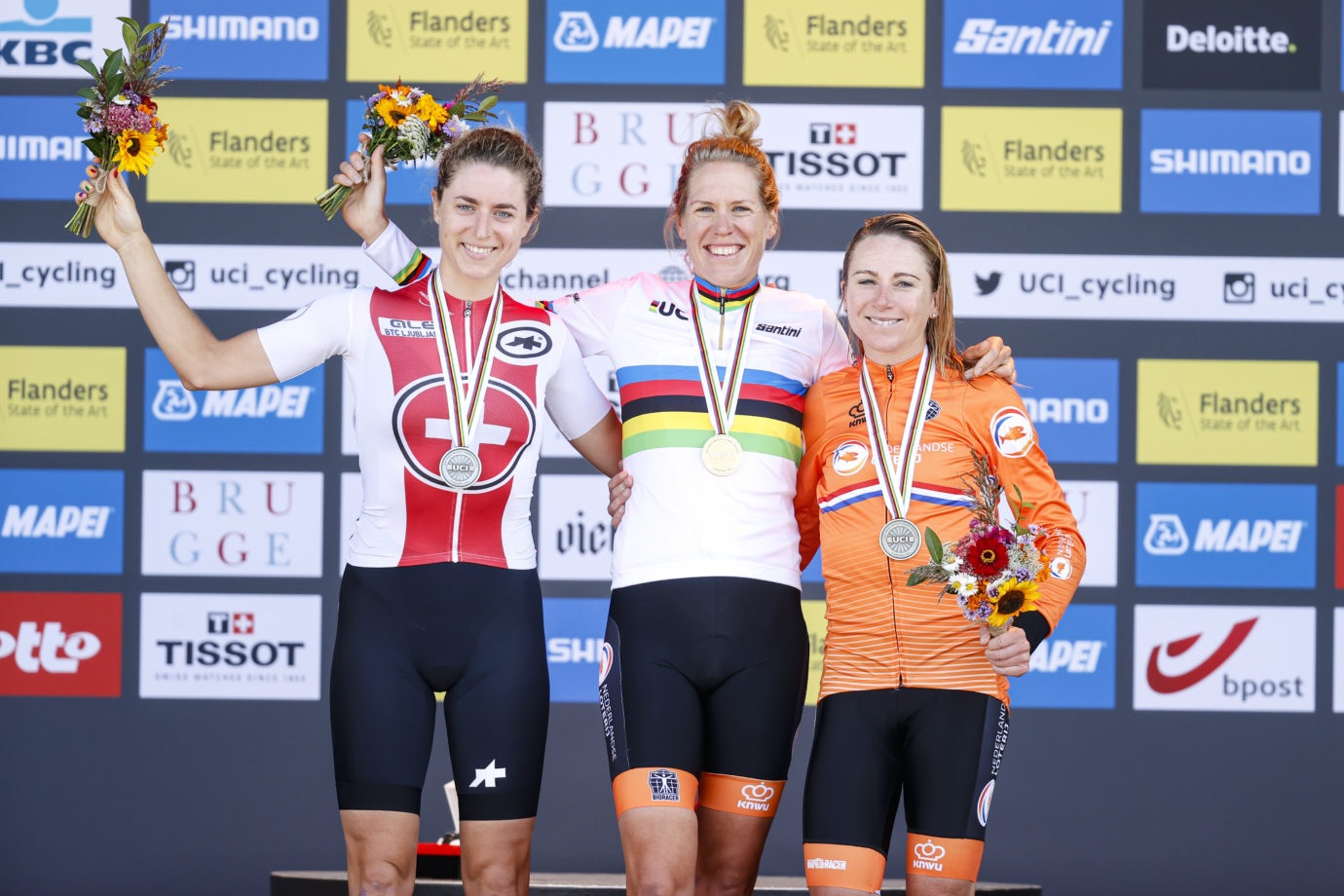 Another great result in her incredible 2021 season

Over a completely flat course and against riders with a dozen kilos more than her, Annemiek van Vleuten was still able so how her endless quality and take the bronze medal at the 2021 UCI World ITT Championships, held on Monday over 30.3km between Knokke-Heist and Bruges in Flanders (Belgium).

The Movistar Team rider, wearing the Dutch national squad’s kit today, conceded a big portion of her 24″ gap at the finish against the new World Champion, Ellen van Dijk (NED / TFS), over the long straights of the first half of the race, where both Van Dijk and silver medalist Reusser (SUI / ALE) took almost 20″ on her. The gaps remained almost intact at the second checkpoint -Miek was riding, with 7km to go, 16″ behind Reusser and 13″ from Van Dijk-, and only her fellow countryman’s big push near the finish ended up opening those margins.

Van Vleuten has now four medals in the ITT Worlds, with two gols -Bergen (2017), Innsbruck (2018)- and another bronze to add to today’s, snatched at her latest appearance in the race before Monday -Yorkshire, 2019-. The Movistar Team leader still has two more events to cover in Belgium: Saturday’s Road Race and the TT Mixed Relay on Wednesday, where she will again stand a strong chance to step onto the podium.

“I really just rode a super good time trial and that led me to third place on this course. I think I should be really satisfied: the two riders ahead of me were better on this course, and Ellen deserved to win. I was really happy about her when I was told she had won. It wasn’t really the kind of parcours that suited me well today, and even if I was able to beat them several times at TTs this year, those routes were hillier, and that wasn’t playing to my advantage today. It hasn’t been about one goal too many – it was just that, the course. My power output figures were good, and so I’m really happy with that I did. On the other hand,tThe radio didn’t work for me, right after the first corner, and I had no info on the time gaps. In that sense, I’m ‘happy’ that the gap was 24 seconds and not one or two at the end, because then the communications could have made a real difference.”