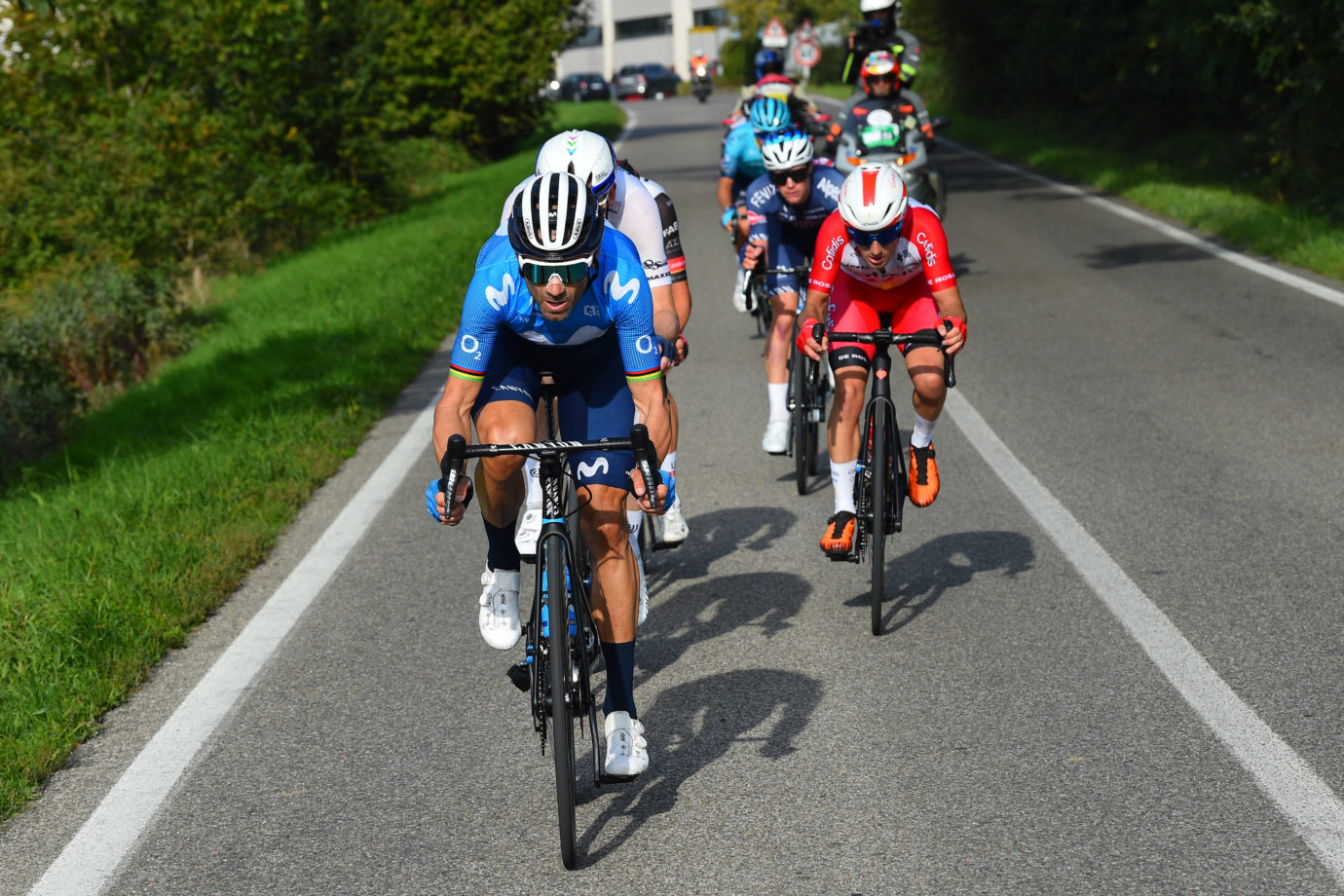 That’s all, folks! The men’s Movistar Team bade farewell to its 42nd season in the pro peloton on Monday with the 74th edition of the Coppa Agostoni (UCI 1.1), held over a hilly 180km parcours in and around Lissone (Lombardy, Italy).

The Telefónica-backed squad tried to play the chances of their everlasting captain, Alejandro Valverde, and worked hard to bring him into a favourable scenario. The pace-making from Abner González and Héctor Carretero, to keep the early break under control; Einer Rubio and Dario Cataldo, with some strong turns to reduce the field to about 25 riders; and some final help from Marc Soler, before the decisive attacks, all allowed ‘Bala’ joined a seven-man elite group that featured eventual winner Alexey Lutsenko (APT).

Alejandro was caught just after the move by the Kazakh rider with Trentin (UAD), and crossed the line in 9th place, inside a pursuit group at 12″ from the two leaders. Yet another top-ten placing for the group here directed by Max Sciandri, which will now head into their rest period while the women’s team will continue racing for the next two weeks, in Brittany (France) and Drenthe (Netherlands).