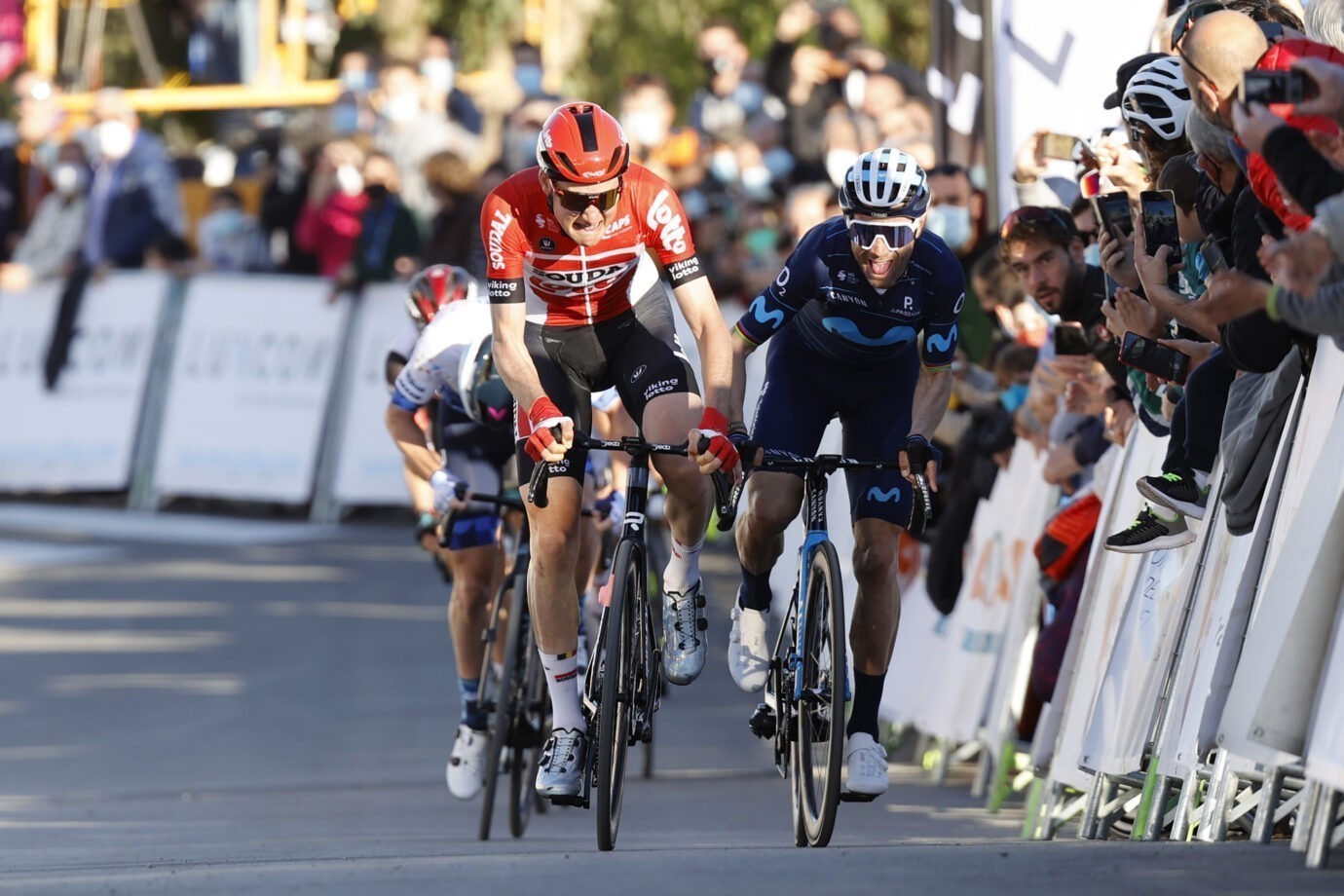 The Movistar Team continue to offer some great performances in their maiden races of the 2022 season. A third consecutive day in the spotlight for the Blues at the Challenge Mallorca saw them coming close to their first win of the year at the Trofeo Serra de Tramuntana, a mountainous course with the Puig Major (Cat-1) KOM as key point, as Alejandro Valverde took 2nd place.

The Spanish ‘Campionissimo’ battled ‘mano a mano’ together with Enric Mas -in the Artà native’s first 2022 outing on his home roads- against big names of the peloton, completing the main climb of the day inside a seven-man group with Goossens (IWG), Buchmann (BOH), McNulty (UAD), Clarke (IPT) and Tim Wellens (LTS). The Belgian would beat – into a controversial finish which required further revision from the race jury – ‘Bala’ at the tricky finishing straight.

Some good moves, both in the Puig Major and the ascent and descent of the Coll de Sa Batalla, were launched by an in-form Valverde and Mas -7th today, named Most Active-, looking good thus far in this early stage. Both will feature again on Saturday’s final hilly course of this year’s Challenge, with a tough uphill finish in the Port d’Andratx after 170km and five categorized climbs.

“I’ve got to stay happy with this result. The team was phenomenal these two days, fantastic – we were a bit unlucky with the crash from Gregor (Mühlberger – went down on the downhill of the Coll de Sóller, still managed to finish – ed.), yet both Enric, myself and the rest of the team did quite well. Second day of racing, second close call – can’t ask for more at this point, to be honest.

“Wellens apologised, he said sorry to me when he climbed onto the podium – there might be a reason for that. He really changed his trajectory from right to left. I was riding alongside him, and if I had been able to continue, I had some room to go, but as soon as he saw me progressing, we went further left and I had to stop pedalling. The race jury decided he was the winner, so there’s nothing more to say. Just congratulations to him on the victory.”