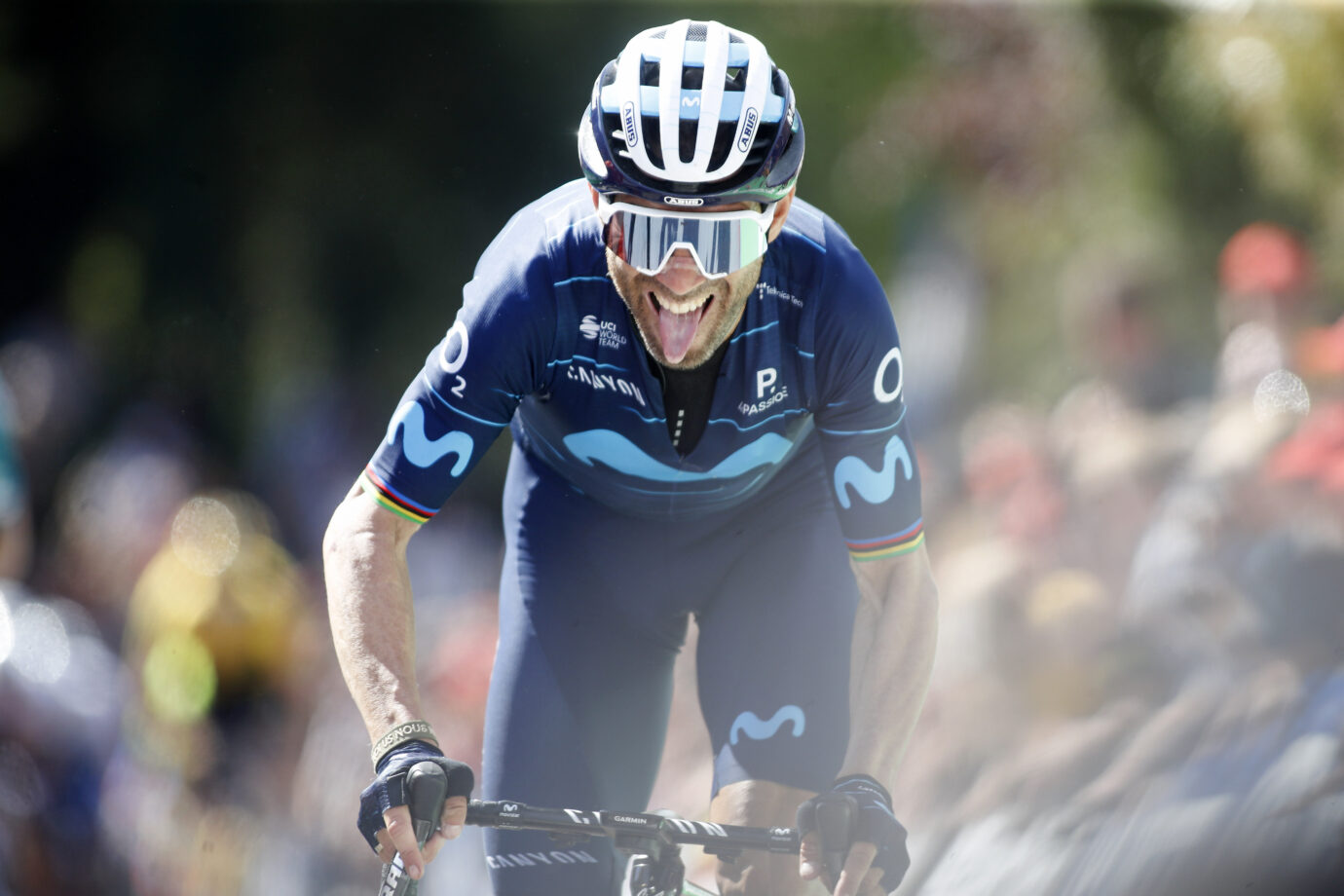 An indescribable set of emotions. For an endless few meters, Alejandro Valverde and the Movistar Team made their fans dream on Wednesday of an incredible sixth Flèche Wallonne success for the Spanish ‘Campionissimo’. Only Dylan Teuns (TBV) could take the better from ‘Bala’ over the last climb of the Mur de Huy, tackled brilliantly by the whole squad here led by Chente García Acosta, which went – as it’s just normal with Alejandro – out on the road with an aim to win.

The efforts from the likes of Lazkano, Mas, Izagirre and Mühlberger from the very start and, most importantly, a fantastic leadout into the last climb by an excellent Carlos Verona and Enric Mas -the latter with a strong pace over the ascent itself- all allowed Valverde seeking for his ‘sprinting distance’ and launching his effort almost from where he’s always done, 150 meters out, to just lose breath on the last few pedal strokes. An incredible effort from a man who will turn 42 years young on Monday, and will be able to retire on top of his game. #LaÚltimaBala = happiness.

“I’ve got to stay happy with this. I just missed a bit of energy, in the end my arms hurt more than my legs because of all the effort I had to do to keep pushing on that final climb, but I tried it until the end and Teuns was just stronger, no doubts – congrats to him. Thanks to the whole team because of the job they did, everyone, no discussion, from first to last. Verona, Gregor, Oier, Lluís, Gorka – they took care of me perfectly all day, and at that last climb, Enric set a furious pace which helped me reaching those final slopes in perfect position. Dylan made a great progression, a steady move, and it was hard for me to match him – it might also have been the fastest climb in history, or at least from those I’ve done in the past few years in Flèche Wallonne. Sometimes you’ve got the impression that you could have maybe struggled a bit more in order to stand a bigger chance at victory, but today, I gave everything. It’s a second place which tastest like a victory. Coming here after such a difficult Volta a Catalunya, and taking second straight away, makes me so happy. I’ll be turning 42 in five days, it was my last Flèche – I wanted to test those legs, I knew from my training rides at home that I was doing well, but racing is another different story. Coming here and taking a good result, even with the suffering, gives me hope for Liège on Sunday.”